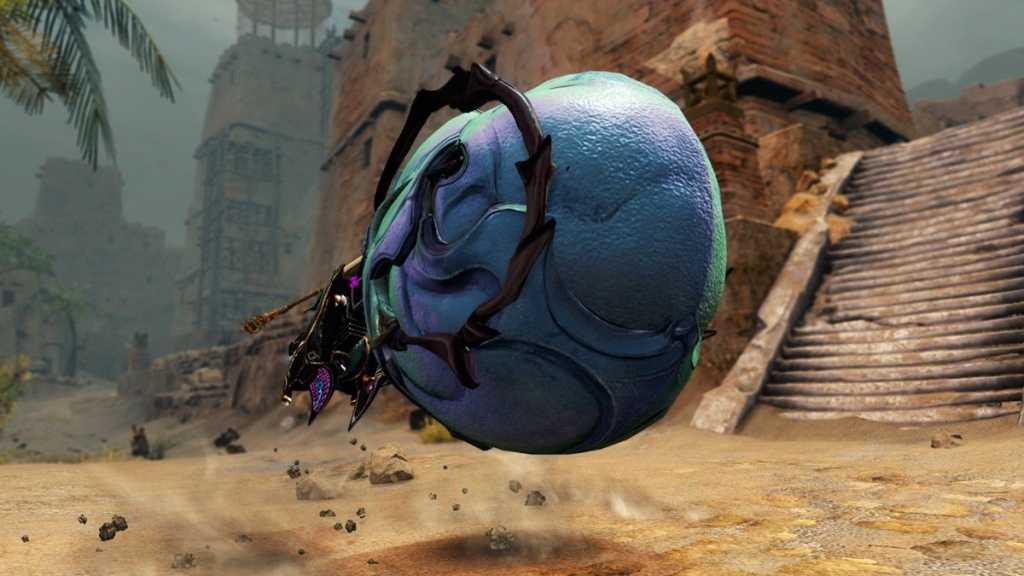 Multiplayer games are on a roll lately. By now you probably already know about Hammond, the adorable hamster who rolls about in an iron wrecking ball of death in Overwatch (and whom we tried out in a recent PCWorld Twitch stream). But as for me? I find I can’t stop thinking about Guild Wars 2’s Roller Beetles, which rolled out in the patch for GW2’s “Long Live the Lich” patch last week.

Ride one, and you’ll probably feel the same way. They’re the sixth mount in the newish Path of Fire expansion following the existing Raptors, Griffons, and the like, but they’re also likely the best mount I’ve ever ridden in an MMORPG.

Oh, sure, they do the usual stuff like getting you from Point A to Point B. You can summon them and dismiss them at will (after unlocking them). If you’ve played anything from World of Warcraft to Final Fantasy XIV, you know the drill.

But that’s the bare minimum of what they can do. It’s all the other stuff that makes them so damn cool. Buggy body and 15-foot long antennae aside, they’re more like Ferraris than ye olde fantasy MMORPG mounts. They can burst into blinding speed, but they need space to decelerate, much like a regular car or horse. (I first found this out after my bug buggy went careening off a cliff.) I drifted with them while taking challenging turns. I crashed through barriers and ran over enemies. Hell, I skipped over bodies of water when I built up enough speed. I even performed a few tricks in the air, as though I were some Middle-earth variation on Tony Hawk or Evel Knievel. Why hasn’t any other MMO developer ever done something like this before?

The bugs make Guild Wars 2 feel like a different game. In fact, my time with the Roller Beetles made me realize nothing had driven me away from Guild Wars 2 quite like its plodding pace. Mind you, I was always in love with the way the world of Guild Wars 2 looked like a canvas of concept art brought to life, but I loathed how the only way to get anywhere was on foot. Exploring that beautiful world often felt as joyful as a jog to the tax office. And when you played a lumbering, gigantic Norn like I did, that jogging felt a bit like watching a glacier melt.

Roller Beetles bring speed. They bring action. That makes them literal game-changers, even compared to the giant rabbits and jackals that ArenaNet introduced late last year. Before, though, mounts chiefly existed to solve logistical puzzles, so you’d use the Jumper to bound up cliffs or the Jackal to teleport a few yards ahead. That’s hardly a surprise, as environmental puzzles have always been what sets Guild Wars 2 apart from its peers over everything else.

It was a good fit, and it felt groundbreaking, a hint of what was to come. Mounts in most other mainstream MMOs seem boring by comparison: a cosmetic travel boost with occasionally customizable stats. The only similar implementation I know of were the combat mounts in The Lord of the Rings Online’s wonderful 2012 Riders of Rohan expansion, but the class-based nature of those mounts made them far more fun for some classes than others.

With Roller Beetles, Guild Wars 2 brings that fun to anyone who owns the Path of Fire expansion and puts in the time to unlock the mastery. And yes, more so than solving puzzles, the emphasis is on sheer fun. It’s turned travel from one of the dullest parts of Guild Wars 2 before (even with the scenery) to one of the best. In fact, I’m almost tempted to say the frenzy feels out of place, especially when set alongside the relatively plodding combat skills and the methodical rhythm of the story.

Oh, right. Story. There is that. The nemesis here is Palawa Joko, a lich who wears a hat that makes him look like a walking fountain pen. Joko’s a nasty skeletal chap who’s fleshed out with a memorable story, but the basic structure hasn’t changed much from what I saw back in the Heart of Thorns expansion: You hear your hero voicing his or her own lines in quests, and you run about the world completing events and killing baddies.

Admittedly, it’s a little hard to follow if you haven’t played in awhile, but ArenaNet smartly makes up for that by emphasizing emotional punch over lore mastery. When I found someone hiding in their home, fearful of revealing that they’d contracted the terrible “scarab plague,” the sadness was so oppressive that I wanted to race out and find whoever was responsible.

And so I did, full-speed ahead on my Roller Beetle across the shifting sands of the Crystal Desert. I’m realizing that I like that. It feels like I have purpose. In the past, I always found Guild Wars 2 too steady in tone, but with the Roller Beetle I find I like the shifts from slow and thoughtful to fast and frenetic. Push and pull. Whisper and shout.

Even better, it reminds me that ArenaNet still has the power to make the genre feel more lively, much as it did almost six years ago when Guild Wars 2 launched. May that always be how they roll.