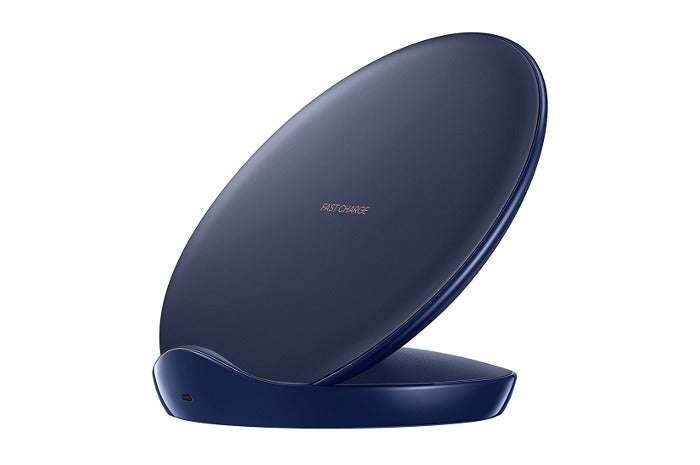 The Amazon Prime-only deals keep rolling in as we await the arrival of Prime Day next Tuesday. Today only, Amazon Prime members can get a 2018 Samsung Qi-certified wireless smartphone charger (with Fast Charge) for $40.

That’s a little shy of half off as all the non-Prime shoppers are paying $70—though I’ll point out Samsung’s branded Qi charger is particularly pricey compared to off-brand versions, and we saw an earlier model of Samsung’s Qi charger drop as low as $25 in May. The deal ends just before midnight Pacific on Tuesday evening.

If you aren’t already an Amazon Prime subscriber, signing up for a 30-day free trial will let you claim the deal.

Today’s discounted charger only comes in Blue, which may be a deal breaker for those who care about accessory fashion. For those who don’t, this charger works with all Qi-enabled phones. That includes a wide range of recent Samsung Galaxy phones such as the Galaxy S8 and S9. The fast charge feature works with Samsung’s Galaxy devices from the Note5 and Galaxy S7 and up.

It also works with non-Samsung phones that are Qi compatible, such as the iPhone X, iPhone 8, and iPhone 8 Plus, but at standard charging speeds.

The hardware itself is pretty straightforward. It’s a simple disc that can lie flat or at an angle if you want to glance at your phone while it’s charging. There’s a built-in cooling fan so things don’t get too hot during the charging process, and it comes with a Type C cable and wall adapter to connect your charger to the wall.

[Today’s deal: Samsung 2018 Qi-certified wireless charger with Fast Charge for $40 at Amazon for Prime members only.]