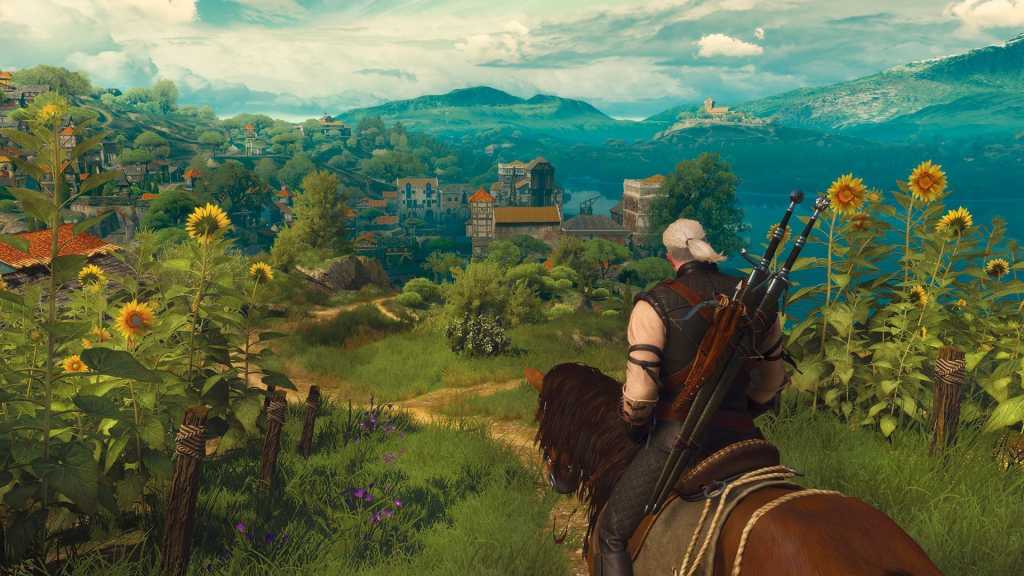 That, plus release dates for Bard’s Tale IV and Darksiders III, a delay for Code Vein, teases for a new Witcher and new Commandos, and Fortnite making so much damn money that Epic decides to give all Unreal Marketplace developers an 18 percent bonus for the last four years of sales. Four years.

Another tale of the shepherd bard

The fall release schedule is slooooooowly filling out, and this week had a lot to do with it. First up, The Bard’s Tale IV: Barrows Deep, a dungeon crawler in the traditional sense, which InXile announced will release on September 18. Preordering one of the higher tiers will also net you access to the beta build, which just released—though of course I’d never recommend preordering anything, so you’re on your own there.

Okay, what’s next? Ah yes, Phantom Doctrine, another XCOM -alike from the developers of Hard West. Phantom Doctrine is more Cold War espionage themed, but it sounds like another solid tactics game mixed with some light stealth elements too. It’s releasing on August 14, and you can check out the trailer below:

Then there’s Monster Hunter: World, which I’d assumed was due for a September release. Nope! Capcom’s apparently getting it out on the PC a bit earlier than anticipated, announcing this week a release date of August 9. PC Gamer also did an interview with producer Ryozo Tsujimoto. The long and short of it: Monster Hunter will look about the same on PC as it did on consoles, and will probably not support mods at launch (though the latter is phrased in a “nothing to announce” sort of way). Hopefully it’s a smooth port otherwise.

Last but not least: Darksiders III finally nailed down a release date. I’m still amazed this game is even happening, honestly—I thought for sure Darksiders was dead after the THQ sale. But no, apparently November 27 is when we can expect to pick that story back up, more than six years after its predecessor and eight after the original. Hopefully the wait’s been worth it.

Of course we can’t start filling out the fall release schedule without a few games inevitably slipping through the cracks into 2019. Hell, that process already started when Microsoft pushed Crackdown 3 to next year. Looks like Bandai Namco’s anime-Dark-Souls game Code Vein will follow Crackdown 3 into the dark—it’s now delayed until sometime next year, just a month after announcing a September release date. The usual “We’re fixing what you don’t like and making it better” stuff.

New record on announcing a delay, I think.

How about some games that are way far off in the future, eh? CD Projekt stoked fires this week, as CEO Adam Kiciński confirmed to Polish site Bankier.pl that there will, surprise surprise, be another Witcher game…someday. Cyberpunk is presumably years away, and then The Witcher: Whatever is, you know, years after that. But someday. (Via VG24/7)

Commandos is, or at least was, a classic of ‘90s gaming. So much so that 2016’s Shadow Tactics was billed as a spiritual successor to drum up hype, almost 20 years after the fact. Big news then this week, as Tropico publisher Kalypso announced it acquired the Commandos series and is willing to fund both “future releases” and “an extensive adaptation of the existing titles for contemporary technologies and platforms,” i.e. remasters. Pretty cool.

And if you don’t want to wait, you can always pick up the original.

Let’s close out this week with some games that are arriving right on time. First, Dead Cells, which announced its “Emerging From Early Access” date a few weeks ago. You’ll be able to grab the full version of this roguelike on August 7, and now there’s a trailer to celebrate.

Far Cry 5 continues its run of weird DLC next week with the Lost on Mars expansion, due July 17. “Leave Earth behind and go toe-to-claw against Martian arachnids to save the world from an alien invasion,” as the YouTube description says. And here’s just about the shortest teaser imaginable:

And last of all, there’s Fortnite—the game that’s, of course, first in everyone’s hearts. Or at least first in the hearts of millions upon millions of people. Fortnite entered Season 5 this week, adding a desert biome, a viking ship, and a bunch of other weird stuff. Pretty wild, and I guess a decent excuse to get into the game now if somehow you still haven’t tried it. That’s a pretty bewildered “somehow” on my part, but you never know.

The cooler news though: Fortnite is making so much money, Epic just changed its revenue share on the Unreal Marketplace. Previously the standard 30 percent cut, Epic now slashed its own share down to 12 percent—and did it retroactively. Anyone who’s created assets for the Unreal store now earns 88 percent of the money, and will also earn that new 18 percent in back-pay for the last four years. Incredible.