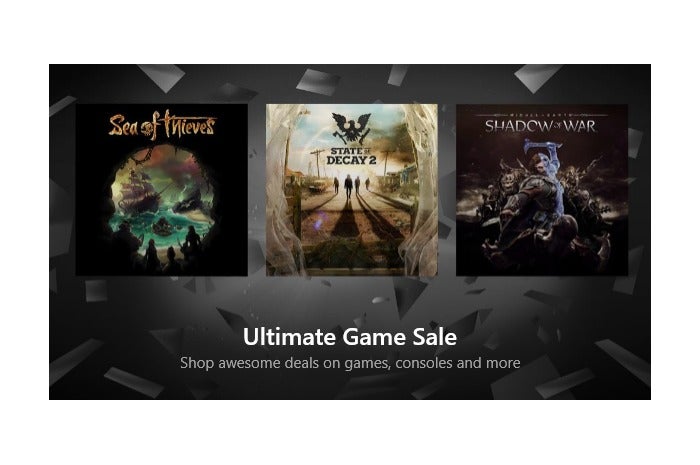 Microsoft is not playing around with the Xbox Ultimate Game Sale that runs now through July 30. There are a bunch of Xbox Play Anywhere games in the sale that allows you to play the games on either Xbox or PC. That means PC gamers on Windows 10 can also take advantage of the big deals event.

Here’s our look at some of the highlights:

Forza Motorsport 7 Standard Edition is $30Remove non-product link down from its MSRP of $60, and the Ultimate Edition of the game is $50, a 50 percent discount from its $100 MSRP. Forza 7 is a fantastic racing game, though when it came out we didn’t like the loot box system.

There are also a bunch of well-known Steam games that the Microsoft Store is selling for a whole lot less:

Those are our top picks, but there are more deals to be had for PC gamers. Just make sure the games you pick are listed on Microsoft’s Xbox Play Anywhere roster before you buy or you’ll be looking for an Xbox to play them.