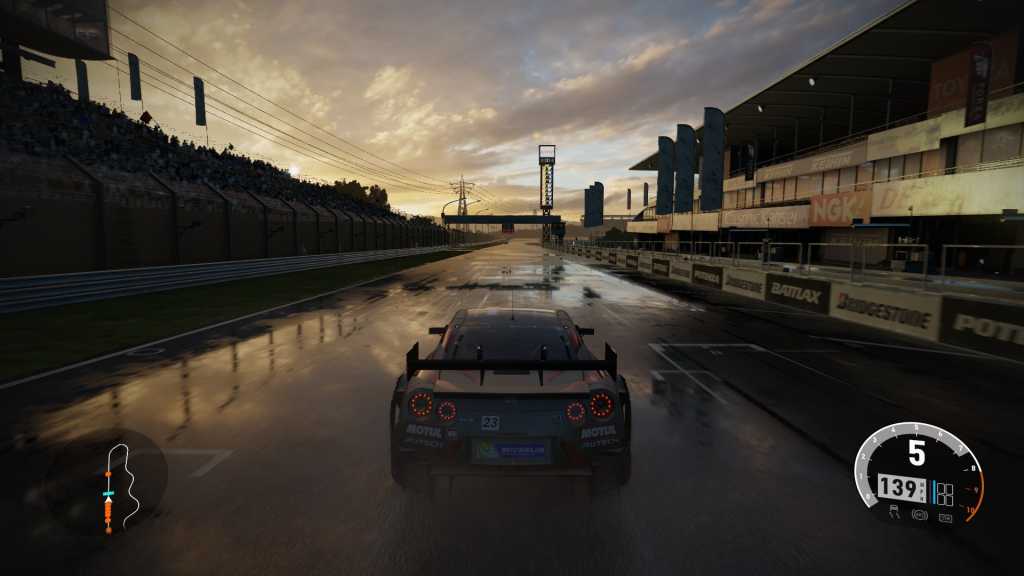 Loot boxes are dead. Rest in peace, loot boxes. Okay, not 100 percent, but all three of 2017’s most egregious poster children—Star Wars: Battlefront II, Middle-earth: Shadow of War, and Forza Motorsport 7—have now gone so far as to remove all traces of loot boxes from their existence. Pretty cool.

Looking for something to do this weekend? Overwatch is free-to-try, from now through July 30. The full roster is available, including the recently-added hamster-mech Hammond (a.k.a. Wrecking Ball), so it’s either the best time to dive in or the worst time. Not really sure.

We never got around to writing up a full review of Steel Division: Normandy 44 ($40 on Humble) last year, in part because the later levels kicked my ass. I quite liked it though—an ultra-detailed RTS based around some of World War II’s most famous battles.

And now a sequel’s on the way. A bit surprising, given developer Eugen Systems was dealing with a strike up until a few months ago, but Steel Division 2 will head to the Eastern Front sometime in the near future.

Games continue to slip slowly into next year. This week, our first casualty is Sunless Skies ($25 on Humble). Originally supposed to leave Early Access in September, we’ll instead see the final version in January 2019. Given how many games are set to release in September…probably a smart call.

And it’s not all bad news, as the Early Access version just added a new region, Eleutheria. That should tide you over.

Ion Maiden ($20 on Steam) also got the ol’ “Delayed Until 2019” stamp this week, which is a slight shame—the demo is one of my favorite surprises of 2018, so far. The Duke Nukem-alike is adding multiplayer though, which I assume is responsible for the slippage. Those who own the Early Access version will be able to test out a multiplayer beta soon ahead of next year’s launch.

Review season is almost upon us, but maybe you’re looking for something a bit more familiar? Night Dive, the retrofitters behind the modernized Turok and System Shock versions, got their hands on another ‘90s classic: Forsaken, a six-degrees-of-freedom shooter in the vein of Descent, albeit one with a bit less staying power. With widescreen and 4K support, and improved particle effects, it looks like another top-tier revival by Night Dive.

The loot box crash continues rippling through the industry, with Battlefront II reworking its entire multiplayer model and Shadow of War recently pulling all microtransactions out of the game. Next up? Forza Motorsport 7 ($60 on Amazon), 2017’s other big sinner. Not only will loot boxes not be in Forza Horizon 4, but Turn 10 is going back and removing them from Forza 7.

Amplitude hinted at an expansion for Endless Legend ($40 on Humble) last week, and we’re indeed getting one: Inferno, which adds a new faction, the Kapaku, plus a lava biome and “Dust Eclipses.”

Endless Space 2 ($40 on Humble) is getting an expansion though too. Surprise! It’s called Supremacy and adds its own faction, the Hissho, plus a new Behemoth ship class.

The big question with Shadow of the Tomb Raider ($60 preorder on Humble): How much of it is the story-driven and setpiece-heavy action I loved from the first game, and how much is the open-world fluff from the second? Well, we got an answer (of sorts) this week, as Square showed off Paititi—a huge hub area, the biggest so far in the series. I’ll reserve judgment, but…

If you played the original Warhammer: Vermintide, you’ve probably eagerly awaited this day: Mod support’s been added to Vermintide II ($30 on Humble). There are now two realms, an Official and a Modded. Players who want to change their interface, direct teammates with waypoints, or skip the intro videos can now do so by way of about a dozen “Sanctioned Mods,” with more likely to come. Perfect timing too—five months on from release, Vermintide II is just hitting that point where multiplayer games start to stagnate. This might inject some life back into decapitating rats.

Check out the full details here.

No Man’s Sky released its long-awaited NEXT update this week, and while it didn’t fix every problem with the game, it fixed enough. You can read our impressions here. Unlimited base-building, a reworked crafting system, multiplayer—lots of changes.

But if you bought the game from GOG.com, you’re looking at one less change. Multiplayer isn’t live in the GOG version yet, and won’t be until “later this year,” according to Hello Games. Once released it’ll run on the GOG Galaxy backbone, but for now Steam is the only PC version with multiplayer. GOG is kindly offering refunds through July 29 though, regardless of when you purchased the game.

Companies have long turned a blind eye to emulation, but maybe that’s going to change soon. Nintendo filed a lawsuit against two ROM-hosting sites recently: LoveROMs and LoveRETRO, seeking $150 thousand for each Nintendo ROM hosted and an additional $2 million per trademark infringement. Just a staggering amount of money. (Via TorrentFreak)

And a complete farce. Legally gray, sure, but like the MPAA’s longstanding battle against piracy, Nintendo’s move will undoubtedly accomplish nothing against the hydra of ROM sites out there. Worse, it’ll harm very real efforts at video game preservation, a responsibility Nintendo and other companies abdicated for 30 to 40 years and which even now fans tend to do better than the companies themselves.

On a happier note, Overwatch players who main Reaper (ugh) can now do so in real life. Reaper’s shotgun is getting Nerfed, i.e. reproduced by Nerf and sold sometime in 2019. It’ll hold eight darts at a time, and while there are certainly better Overwatch heroes I have to admit it’s a pretty cool Nerf gun.