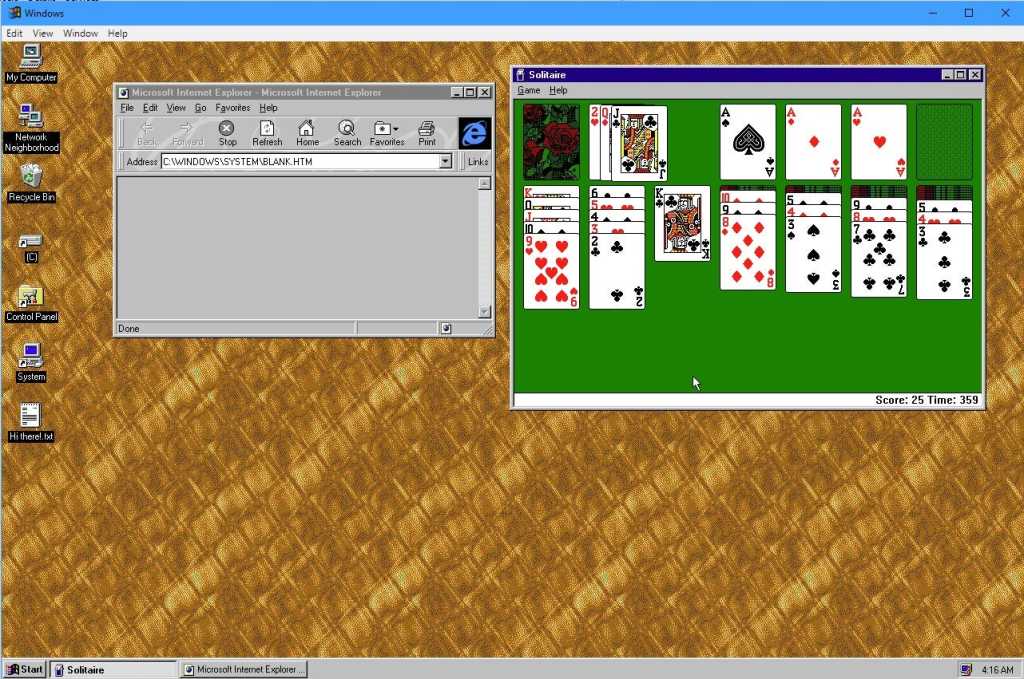 Editor’s note: This article originally published on August 23, 2018, shortly after the app’s creation, but we’re sharing it again in honor of Windows 95’s 25th anniversary. You can also run a Windows 95 emulation in your browser with a different project.

If you have about 200MB of bandwidth to spare and a taste for the nostalgic, why not take a moment and download Windows 95 as an app?

Felix Rieseberg constructed one of Microsoft’s iconic operating systems as an Electron app, which is downloadable from GitHub for Windows, Mac, or Linux. It’s unknown whether Rieseberg received any help from Microsoft itself, or whether or not what he constructed is technically legal. At this point, really, who cares?

“Windows 95 v1.0,” as it’s referred to, isn’t totally functional. Apps like Notepad and Solitaire work, though Internet Explorer can’t break out of the virtual machine and access the Internet. That’s a shame, of course, because there’s an AOL executable just waiting to be used. (PCWorld can confirm that Windows 95 v1.0 runs just fine on a Microsoft Surface Book 2 with 16GB of RAM—see screenshot above.)

Unfortunately, classic games like Space Cadet Pinball seem to have been omitted (though FreeCell and Solitaire are still there). But if you’re eager to return to a time when autoexec.bat and BSODs were a thing, take a few minutes and relive the glory days.