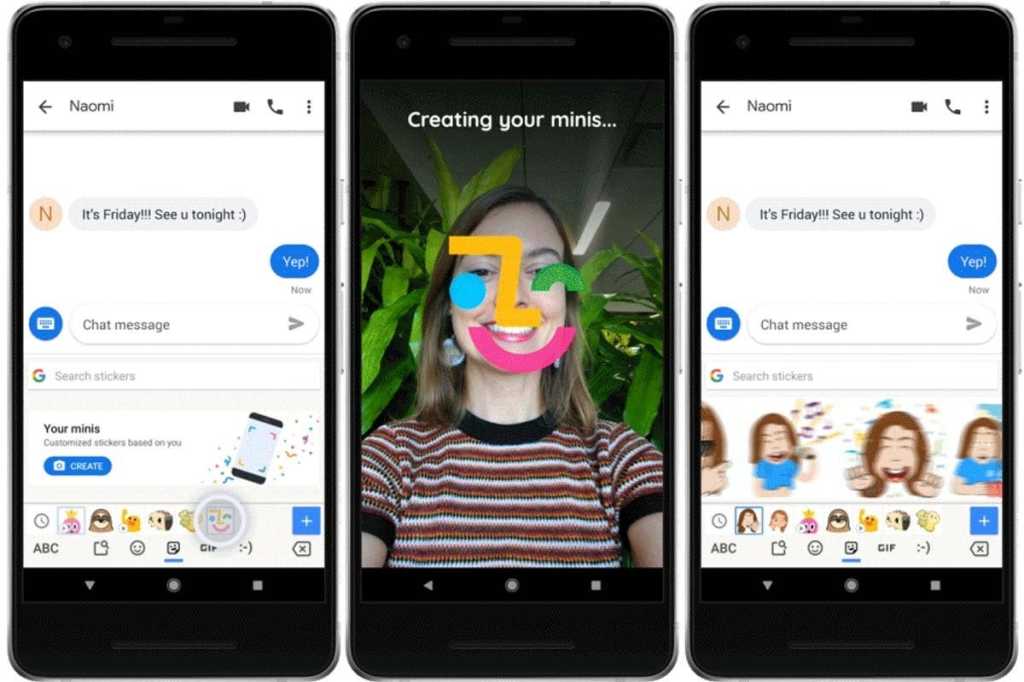 Back when Allo was supposed to be the next big thing in messaging, Google was loading its new app with exclusive features to make it more desireable. Sadly, most of them didn’t do much to woo people to the platform, but there was one feature that nearly convinced us to make it our default messaging app: AI-powered custom selfie stickers.

OK, not really, but they are pretty cool. And now they’re coming to Gboard. Called Minis now, they’re something like Apple’s upcoming Memoji except, you know, on more than just one phone. And using them in Gboard is just as easy as it is on Allo:

Gboard’s new Minis can be used in any app that supports stickers, but you’ll mainly be using them in messages. You’ll get two different sticker sets—Bold and Sweet—and each has hundreds to choose from, with more on the way, according to Google.

Apple has a similar feature called Memoji coming out in iOS 12 that lets users create animated 3D images of their faces. However, only users with iPhone X devices and later will be able to create them.

Why this matters: Stickers are fun and all, but the more meaningful takeaway here is that Allo is all but dead. That shouldn’t come as a surprise to anyone, but if you’re still using it, I’d guess the app could completely disappear completely within the next 12 months. Or 12 years. After all, it is Google.