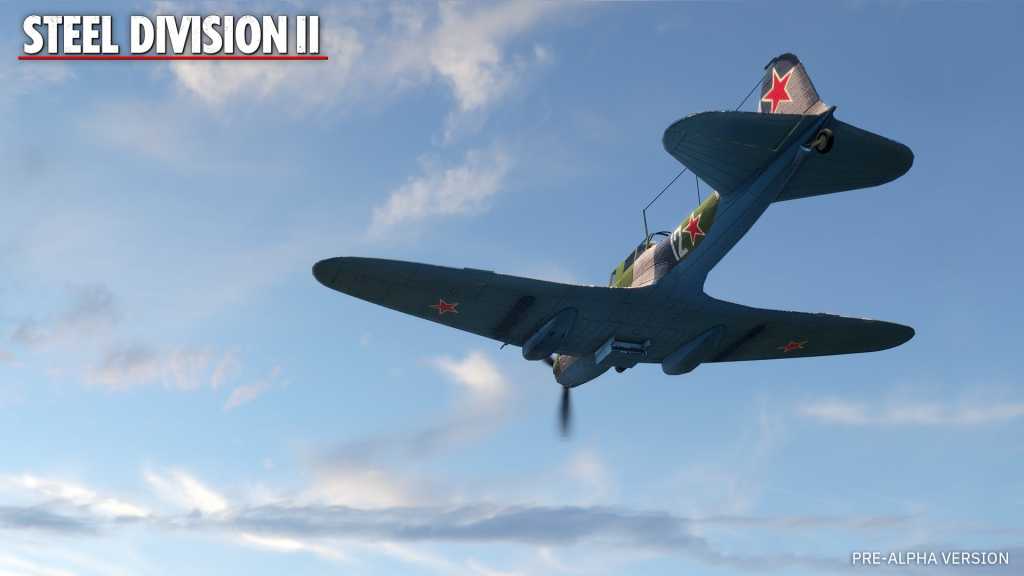 Steel Division II’s existence is surprising. Not only did the first game, Steel Division: Normandy 44, just release last May, but developer Eugen Systems was beset by some sort of labor dispute around the same time. To emerge with a sequel ready for Gamescom fifteen months later? Seems impossible.

And yet I spent 30 or 40 minutes with Eugen’s Eastern Front-themed sequel last week. It’s more than just a quick cash-in sequel too. Judging by my demo, Steel Division II is even more complicated and layered than I would’ve guessed.

To the west, comrades

That’s quite a feat, considering the original Steel Division is complicated in its own right. Boasting one-to-one recreations of real Normandy locations, historically accurate battalions, and so on, Steel Division: Normandy 44 is one of those games I loved to dabble in but will never, ever master. It’s real-time tactics for the hardcore wargamer.

Steel Division II adds a whole new layer on top though: Turn-based strategy. Our demo took place on the Eastern Front during Operation Bagration, just two weeks after the Normandy landings. With the Germans distracted by the newly opened Western Front, the Russians launched a massive offensive to take out the German Army Group Centre.

That offensive eventually succeeded, and led directly to Russia’s advance on Berlin. It’s also massive, with the number of troops involved dwarfing those on the Western Front.

And so Steel Division II adds this strategic layer. The numbers Eugen quoted to me: The front lines stretched over a thousand kilometers, the Germans fielded 336 thousand troops, and the Russians brought 1.25 million. The turn-based map we demoed on was slightly smaller but still stretched over 100 kilometers in every direction, encompassing Borisov, Minsk, and other towns key to the Army Group Centre’s fortifications.

It’s impressive, and I love the toy-box aesthetic—3D units moving across an abstracted 2D map. As with the original Steel Division, Eugen continues to impress me with how it makes its wargames visually appealing. It’s an outlier, in that regard.

Make no mistake though: It’s still damn complicated. Each “turn” lasts twelve hours, as you move entire battalions of troops into position on the campaign map. We rushed through our turns, as Eugen had very specific features to show me. I expect Steel Division II to move glacially slow though, because you’re quite literally moving thousands of troops into place each turn—in groups, sure, but even that can mean 50 clusters of units needing orders.

But hey, that’s what commitment to realism gets you. It’s more concrete than the original Steel Division as well. In the last game, battles were recreations of famous events in Normandy, and your situation was predetermined. In Steel Division II, your choices on the turn-based map directly affect the battles you fight.

It’s like Total War, but denser. The three-stage system returns from the original game, so you’ll gain reinforcements as the battle progresses. Your recon units will often be first into the fight for instance, with tanks arriving later as they slowly trundle down the road. Those stages are set by the turn-based map though, so if you take an extra turn to get the tanks into place they’ll be available earlier in the battle, and so on.

At the moment you can take five units from the campaign map into the real-time battles, so the scale is about the same as the original Steel Division—probably a good thing, as those battles were already difficult to manage at times. Maps aren’t necessarily one-to-one recreations of the location you’re in, although some will be. Generally the game picks from a selection of maps and tries to match terrain as closely as possible.

And then you fight. This aspect is very similar to Steel Division: Normandy 44. You spend points to field units, gaining more points over the course of the match. A line runs down the center of the battlefield, demarcating zones of control for both you and your enemy, with the line perpetually shifting as you move units forward or retreat under heavy fire.

Eugen tells me slight changes have been made though. On a visual level, the camera now gets closer to the action. If you watch the trailer above, every shot was apparently taken with the in-game camera. You can get really tight on units, riding along on top of a tank or almost crawling through the dirt with the infantry. It’s one of the best action cameras I’ve seen in a strategy game, although most of the time you’ll probably stick to the standard bird’s eye view. There’s too much happening to spend time admiring scenery.

Combat’s also been tweaked—mostly the scale of combat. As I understand it, Eugen modified tanks and artillery in Normandy 44 to make them match the scale of those maps. It was a short-range game, to an extent. With the Eastern Front covering much larger areas, tanks and artillery now behave more like their real-world counterparts. Expect to see shells arcing across the map in spectacular fashion.

The turn-based layer is Steel Division II’s biggest addition though, and it’s one hell of a change-up. The pace of conflict is entirely different when you can see the whole operation in broad strokes, letting you set your own goals—lose a battle but win the war, as it were. It also fixes the “card deck” unit deployments from the original Steel Division, keeping the persistence that warranted the system in the first place but grounding it in a way players can actually understand.

Smart changes, in other words. It probably won’t make me play any better, but I’ll certainly be back to admire Steel Division II in all its wargame glory.