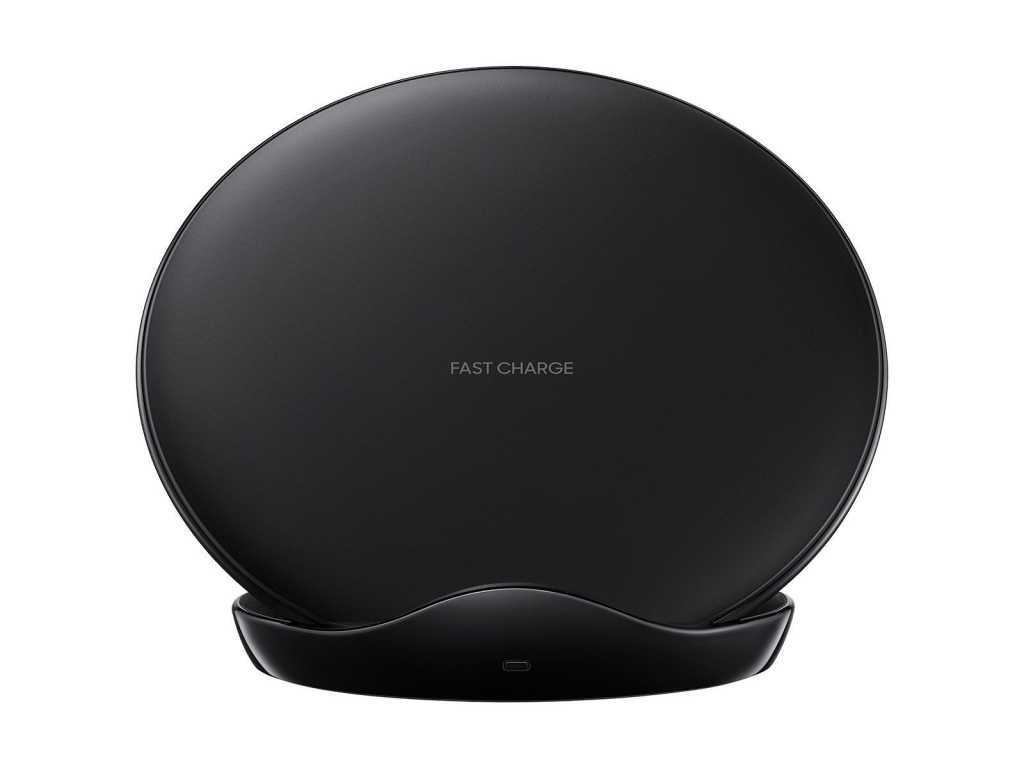 Samsung devotees will get the most out of this $69 wireless charger, but cheaper, higher-performing options exist.

For the past few years, Samsung has helped push wireless charging into the mainstream, continually supporting the technology as it introduces new products. One of its current updates is the Samsung Fast Charge Wireless Charging Stand (2018), which sports a few design changes.

Unlike last year’s model, which could be used as a pad or a stand, the 2018 version only works as a stand. You can place your phone in either a vertical or horizontal position while charging.

A rubber bottom keeps the charger from scooting around on your desk or table. On the backside of the stand is a fan that has a bit of a hum to it, but it’s quiet enough you have to pay attention to hear it.

An LED at the bottom of the stand makes it easy to see if a device is done charging, but it won’t activate for all phones when they reach 100 percent. You’ll see it consistently for Samsung devices, but for all other devices, it’s hit or miss.

Included with the stand is a USB-C cable and a fast charging wall adapter. The USB-C cable is handy if you need to charge up your phone really quickly—just detach it from the back of the wireless charger and plug it into your USB-C equipped phone.

This year’s stand offers wireless charging speeds up to 9W, which will work with Samsung’s own devices along with the iPhone lineup. Our test results shows very different outcomes between Samsung’s own products and Apple’s, though.

When testing with a Samsung Galaxy S9, the Samsung Fast Charge Wireless Charging Stand 2018 clocked one of the faster results we’ve seen, with an overall time of 2 hours and 50 minutes (170 minutes) to completely charge to 100 percent.

The same can’t be said about how fast it charged an iPhone X. Our test results were an average charge of 30 percent after 60 minutes, which is the slowest performance of the pads we’ve tested so far with our iPhone X.

Bottom line: Samsung devotees will get the most out of this $69 wireless charger, but cheaper, higher-performing options exist—especially for iPhone users.