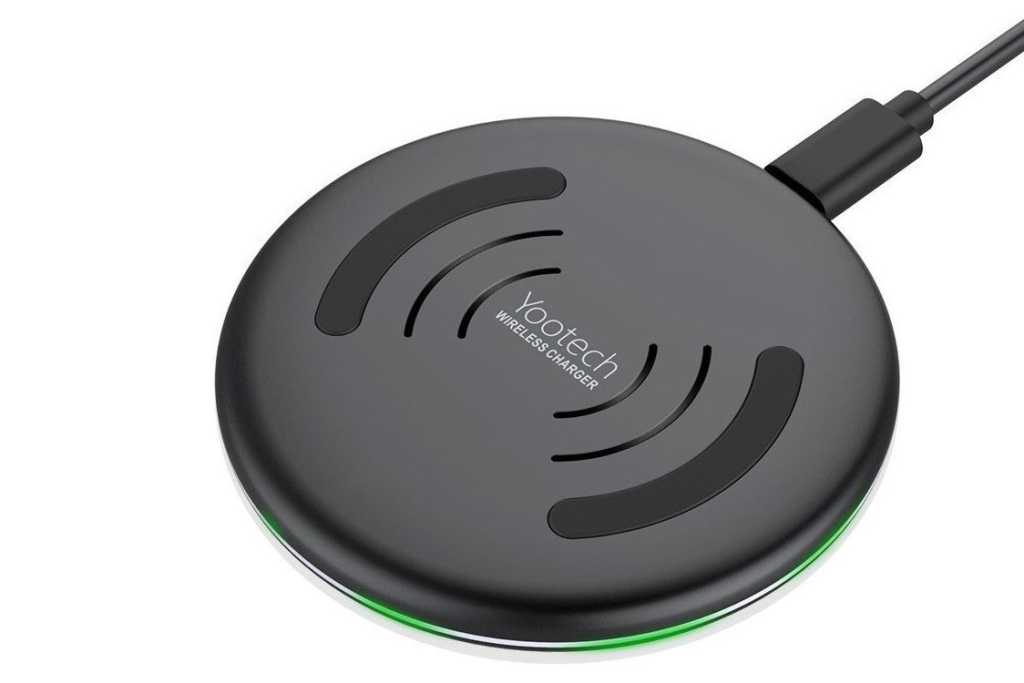 If you want an inexpensive wireless charger that does what it’s designed to do (albeit slower than some of its competition), you don’t need to look further than the Yootech Wireless Charger.

Among Amazon’s many options for cheap wireless chargers is the Yootech Wireless Charger, which ranks high among the retailer’s popular options.

The model we reviewed is currently priced at $9 (not to be confused with the slightly more expensive $14 Yootech wireless charger with nearly the same name), making it an easy impulse buy. That’s especially so if you don’t mind middle-of-the-road charging times.

Included in the box is just the charging pad and a microUSB cable; you have to supply your own wall adapter. What you choose to pair with this Qi-standard pad will influence its charging speed: While the charger supports up to 10W charging speeds, it’ll only reach that with the right wall wart.

For example, using a standard wall adapter (like the one that comes with an iPhone), the pad will charge at 5W. If you want to get 7.5W or 10W charging speeds, you need a Quick Charge 2.0 or 3.0 wall adapter. Some Android phone users will already have one of those lying around, but iPhone owners will need to buy a compatible wall adapter to increase charging speeds, adding to the overall cost of this wireless charging setup.

The charger itself is slightly wider than an iPhone X, and requires a little more precision when lying your phone on it than other pads. Be sure to pay attention to the light along the bottom of the pad, which will activate for a few seconds when a phone is properly aligned. Two rubber pads on top of the pad help keep your phone in place as it charges.

The Yootech Wireless Charger’s performance when charging our Android test phone, a Samsung Galaxy S9, couldn’t quite keep up with some of the competition. On average, it took 3 hours and 27 minutes (207 minutes) to fully charge our Galaxy S9, while the best pads topped off our S9’s battery in under three hours.

That said, it still outperformed far more expensive rivals like the Mophie Charge Stream Pad+ ($60), which had an average time of 3 hours, 43 minutes; and the Belkin BoostUp Wireless Charging Pad for Samsung ($60), which averaged a whopping 4 hours, 46 minutes per full charge.

On the iPhone front, the Yootech fell near the bottom of the pack, with an average charge of 31 percent after 60 minutes. That said, the wireless charger results for our iPhone X currently range between 30 to 36 percent, so you may find that saving as much as $45 by buying the Yootech is an acceptable trade-off for slower charging.

Bottom line: If you want an inexpensive wireless charger that does what it’s designed to do (albeit slower than some of its competition), you don’t need to look further than the Yootech Wireless Charger.