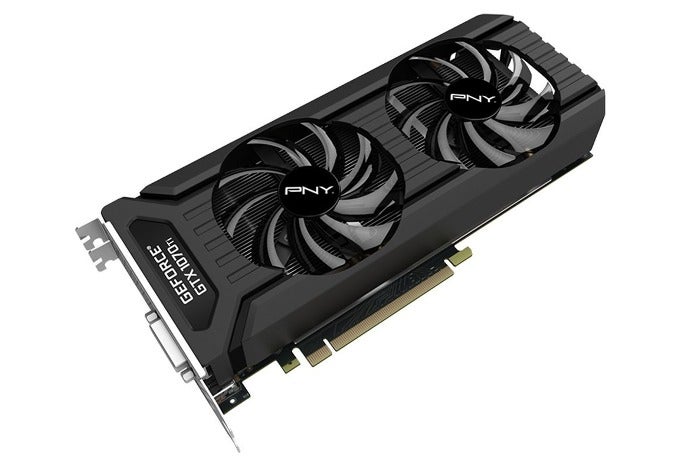 Hold onto your hats, graphics cards fans. We spotted an actual deal on a great graphics card. This is not one of those “the card is now at its MSRP” deals after a year of cryptocurrency-induced inflated prices. Nope, it’s an actual, honest to goodness deal. Dell is selling a PNY Nvidia GeForce GTX 1070 Ti for $390Remove non-product link. That’s $60 off the 1070 Ti’s generic MSRP, and the best you’ll find elsewhere is an open-box miniature version for about $410.

There’s nothing extra with this card. Like all GeForce GTX 1070 Ti cards, it’s using Nvidia’s stock clock speeds. If the GTX 1070 Ti’s base specs aren’t enough speed for you then you can always push it to near-GTX 1080 performance levels with overclocking software such as MSI Afterburner or EVGA Precision XOC. Our guide to overclocking your graphics card can walk you through the process—it’s not as scary as it sounds.

Using it out-of-the-box you can expect PNY’s GeForce GTX 1070 Ti to be great for 1440p gaming on up to 144Hz displays. Anyone rocking a 1080p display can crank up all the visual settings with this card without any trouble, and you’ll get a great VR experience. It can work as a beginner 4K gaming card in some games, too, especially if you tinker with the overclocking the performance.

It’s not clear when Dell’s sale ends, but if you order it today you’ll probably be in good gaming shape for the weekend.