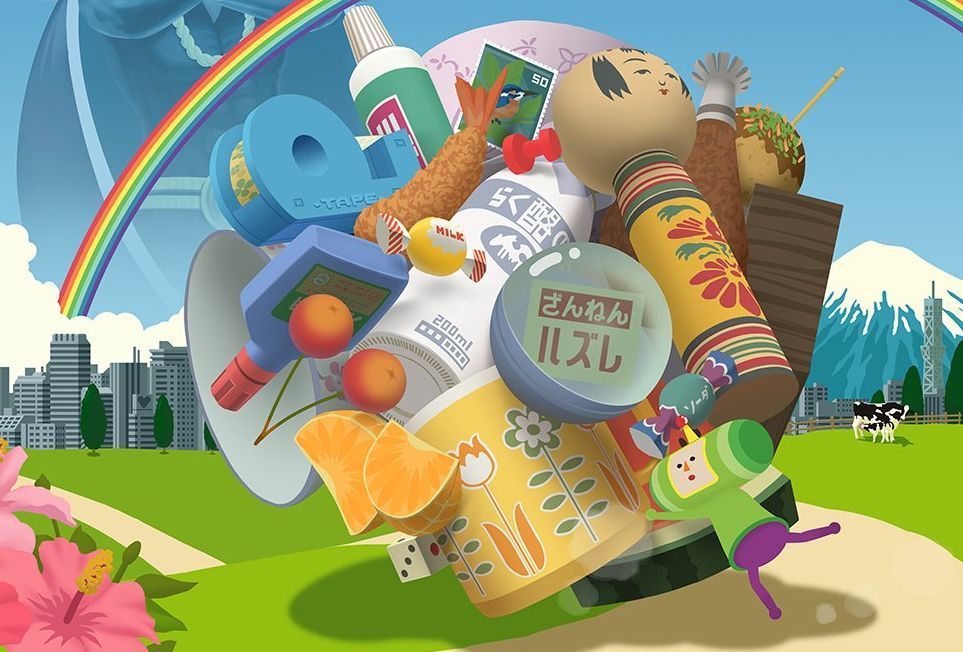 With the amount of news out of Japan this week, you’d think Tokyo Game Show had already started. Nope! It’s next week. That didn’t stop a flood of trailers though, including new footage of Sekiro: Shadows Die Twice and Project Judge, a new game from the Yakuza devs.

Other than that, an avalanche of weirdness this week: Alan Wake’s headed to TV, Pathologic 2 showed off its creepy village, Katamari Damacy’s coming to PC, Assassin’s Creed III is getting a remaster (for some reason), and Tencent brought a literal avalanche with its snowboarding battle royale game Ring of Elysium.

Much to my surprise, Focus’s Call of Cthulhu is one of my most anticipated games in the back half of 2018. I watched a short hands-off demo at E3 and like the tabletop RPG this digital adaptation centers mostly on playing detective—scrounging up clues, interviewing people, and so on. If that’s piqued your interest there’s an hour-long video below, though as you might expect it makes for very slow-paced viewing.

Lady with the big hat? Might kill me. Masked man with a 12-foot katana? Probably going to kill me. Huge nightmare yeti-man? I don’t know why I’d even try. Sekiro: Shadows Die Twice released its Tokyo Game Show trailer this week, and there’s a lot to pore over here, including the phrase “Take my blood and live again.” Ominous.

The other big pre-TGS news: Project Judge (placeholder title) from the Yakuza developers, described as a “courtroom thriller.” It’s like Ace Attorney, except you can backflip off a wall and kick a criminal in the face, while dressed up as a vampire. This one’s not confirmed for PC yet, but given Sega’s efforts with Yakuza lately I’m hoping it’ll come over.

The good news: Forza Horizon 4 is out in a scant few weeks, but you can try it out now. Microsoft put out a demo this week, and you can find it on the Windows 10 Store. The bad news: It’s a 28GB download, for a demo. Sorry, I think I’ll just wait for the inevitable 100GB download of the full game, thankyouverymuch. Graphics nerds will dig the built-in benchmark though.

The Surge is slowly winning me over by being the absolute weirdest version of “It’s Dark Souls, but…” What started as Dark-Souls-but-sci-fi added a bizarre amusement park expansion last year, and now it’s back with one themed after spaghetti westerns.

Paradox announced Age of Wonders: Planetfall at this year’s Paradox Con in May, and we got a lengthy behind-closed-doors demo at the time. It appears that demo is now polished enough for the public eye, as this week Triumph Studios did its first livestream, a shorter (but still 26 minutes) version of which can be seen below.

In case you were worried about Wolfenstein II: The New Colossus’s sales figures, don’t be: Pete Hines says a Wolfenstein 3 will get made. Sure, it’ll have to wait until next year’s Wolfenstein: Youngblood is done, but in an interview with Metro this week Pete Hines said “Absolutely we’re making a Wolfenstein 3,” and also “At the end of the day Wolfenstein did well for us, because we’re about to do two more.”

Good enough for me.

Assassin’s Creed: Odyssey will have a Season Pass, which is no surprise. I’m intrigued by what Ubisoft showed off this week though, with two episodic expansions planned. The first three-episode arc is Legacy of the First Blade, focused on “the first hero to wield the iconic hidden blade.” It starts in December, with an episode every six weeks. The second arc, The Fate of Atlantis, picks up in Spring 2019 and deals with…well, the fate of Atlantis.

Surprise! There’s more. Season pass buyers will also receive a remastered version of Assassin’s Creed 3 a.k.a. the worst of all Assassin’s Creeds. Maybe not the most enticing offer but hey, that Atlantis stuff sounds cool.

Oh, and one more thing: Ubisoft’s bringing back the educational “Discovery Tour” mode for Odyssey. That’s actually the most exciting announcement here, as far as I’m concerned.

Katamari Damacy ‘s long been one of the odd omissions on PC. First it was a PlayStation series, then it was sort-of an everything series, but never did it grace this grand platform—until now! Surprise, there’s a Katamari Damacy remaster arriving in December, and it’s coming to the Nintendo Switch and the PC.

Just as weird as Katamari but in an entirely different way: This Pathologic 2 teaser is a nightmare. That’s no surprise, coming from a remake of the game that gave us this excellent three-part series, but…yeah. Unsettling.

Weird, part three: Tencent is making a battle royale game where everyone’s stranded at a ski resort. Titled Ring of Elysium, the trailer includes an avalanche, a monster truck, and a bunch of people gliding around on snowboards. Can you shoot while pulling off some sweet tricks? I guess we’ll find out when the game hits early access September 19.

But to cap off all this weirdness, there’s only one person to turn to and it’s Alan Wake. Yes, everyone’s favorite faux-novelist might never get the video game sequel he so painfully deserves, but there’s hope. Variety reports that Alan Wake is being adapted to a TV show, with writer and longtime Remedy collaborator Sam Lake involved as an executive producer.

Let’s see if it ever happens. After all, I’m still waiting on that Halo TV show Spielberg was making like, five years ago. Still, it’s a pretty cool (and unexpected) twist in the Alan Wake saga. Now let’s hope Microsoft can get the game back on-sale again.