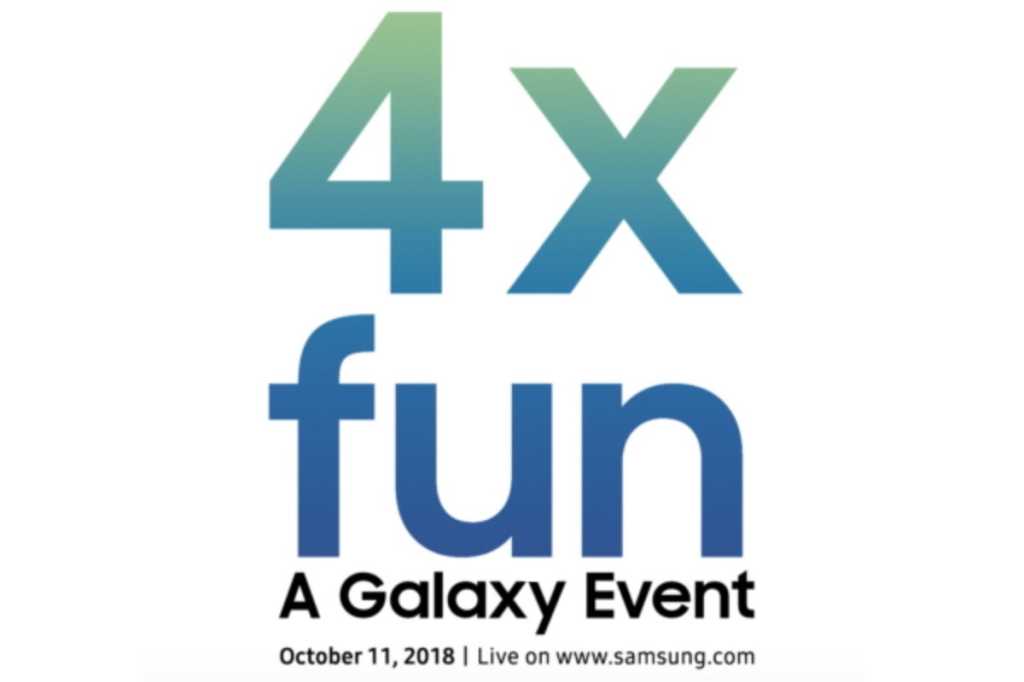 In a cryptic message posted to its website Friday, Samsung invited us all to a “Galaxy Event” on October 11. The message simply reads “4x fun,” and “Samsung’s newest Galaxy device is bringing more ways to express yourself than ever before,” a thinly veiled message to a phone sporting four cameras.

Back in July, notable Samsung leaker Ice universe predicted on Twitter that “there will be a four-camera phones in the second half of this year,” and later qualified that all four lenses would be “at the back.” Samsung only just debuted its first dual-camera Galaxy handset with last year’s Note 8, while Apple and others have been selling dual-camera phones for years. And Huawei recently launched a triple-camera phone in the P20 Pro and is rumored to be putting three lenses in the upcoming Mate 20 as well. But four would be an industry first, and we all know how much Samsung likes being first.

It’s not entirely clear what phone the company will be releasing with its new four-camera array—or what fourth camera would actually bring to the tables—but we have some clues. Last year, Samsung unveiled the S9’s Dual Aperture in the China-only W2018 flip phone, so it’s not adverse to showing off new features in smaller phones. Also, mobile chief DJ Koh told CNBC earlier this month that Samsung would be shifting its flagship-first strategy to “bring technology and differentiation points starting from the mid-end.”

There have also been rumors of a folding phone arriving before the end of 2018, but unless the 4x refers to four screens, it’s unlikely Samsung would choose to spotlight the camera rather than the design. But still, color us intrigued.

The presentation will be live-streamed on Samsung.com on October 11, just two days after Google is set to launch its latest Pixel phone. No time is listed for the stream.

Why this matters: Anything Samsung does with its Galaxy phones is news, but we shouldn’t expect a new flagship phone here. Samsung already launched the Note 9 to cap off its premium lineup, and unless the fabled folding phone actually makes its debut, that should be it for 2018 Galaxy flagships. More than likely, this phone will be more of a mid-range handset like the Galaxy A series with a gimmicky feature. While smartphone makers spin their wheels with notches and slimmer bezels, the race to have the most camera lenses has become the one everyone wants to win.