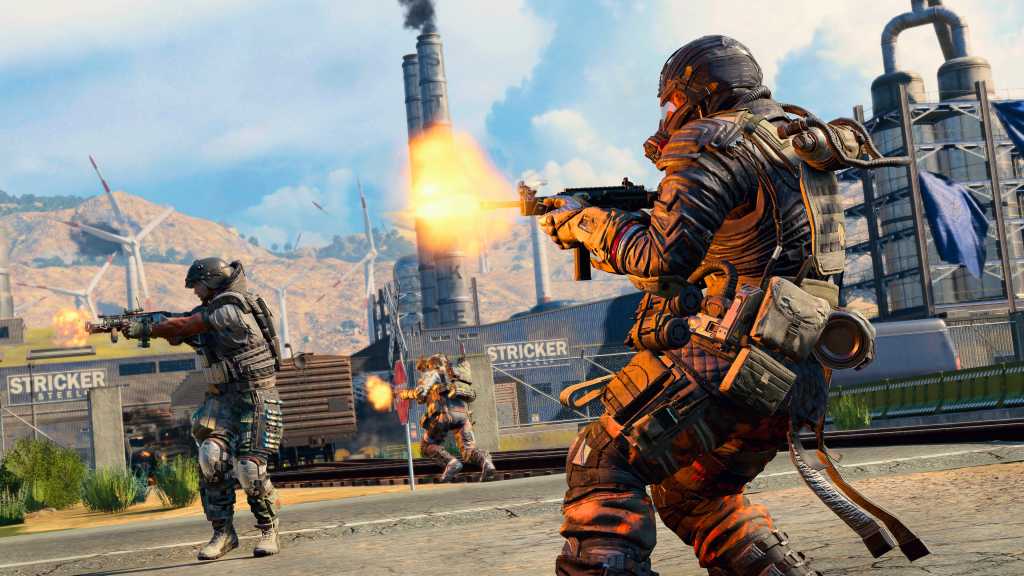 Playerunknown’s Battlegrounds is its own worst enemy. Only a year ago it was a phenomenon the likes of which the games industry only sees once or twice a console generation, but a rough transition out of Early Access, an ill-planned lawsuit against Epic, a flood of cheaters, and persistent bugs have chipped away at that impregnable position despite its ongoing popularity.

I don’t enjoy Fortnite though, and so far that’s kept me in the PUBG camp. There just haven’t been any alternatives that kept the same realistic aesthetic, the slow pace, the aspects I did like about PUBG—until now, that is. Call of Duty: Black Ops IIII is running a beta for its “Blackout” battle royale mode this weekend, and it’s a lot like PUBG.

First thing’s first: If you’re reading this over the weekend, the Blackout beta is still ongoing—and at least on PC, it’s free and open to everyone. It’s a fairly hefty 17 GB download, so that’s a potential obstacle, but otherwise you should be able to grab it from Battle.net and test it for yourself if you’re so inclined.

Those who aren’t, feel free to read on of course. You can also watch us play Blackout in the video below.

I don’t know what I expected from Blackout, but it’s not what we got. Off the bat, I’m already impressed by the technical side here. Keep in mind Call of Duty’s never strayed much beyond its six-against-six arcade multiplayer. I’m pretty sure there are bits of netcode in the Call of Duty backend that date back to the Quake days.

Blackout is an 80-person mode, and as far as I can tell it runs flawlessly. It’s hard to know for sure without running a more in-depth network test, and I haven’t had the time or inclination to do so yet. But what I’ve played has been perfectly smooth, at least on my end. It’s amazing, for instance, to see players leap out of the helicopters at the beginning of a match and streak towards the ground without doing that weird judder-readjust-judder-readjust rubberbanding motion I grew accustomed to in PUBG.

It feels like a Call of Duty match on a grand scale, and that’s about the highest compliment I can give. Whatever else you might say about Call of Duty, its multiplayer is usually rock-solid. Blackout takes the usual framework and expands it six-fold without losing its technical edge. Aiming feels snappy, sprinting feels snappy, going prone feels snappy. Call of Duty is responsive in a way PUBG has never, ever been—and honestly in a way PUBG might find anathema to its ultra-realistic, Arma-based trappings.

And hey, I’m sure some contingent will continue playing PUBG. That said, Call of Duty feels like the better game to me. It’s PUBG without all the PUBG jank, a take on the same ideas executed by a team with a lot of multiplayer experience.

There are a few arcane aspects of PUBG I miss, like leaning around corners. I’m also having a hard time figuring out whether there’s a ballistics model in play, or some other way to counteract the dominance of a Call of Duty sniper rifle in these wide-open spaces.

In general it’s a much smoother experience though. Almost every aspect is refined in some way, though my favorite is by far the inventory. Even with a mouse and keyboard, PUBG’s inventory management is a tedious chore. Blackout simplifies the process, with an oversized interface that’s easier to parse at a glance. Best of all, attachments you pick up automatically snap to whatever weapon you have equipped. The vacuuming-up-gear part of each match flows a lot better as a result.

Hotkeys also make me more likely to use some of the secondary systems in Blackout. “X” lets you use healing items for instance, and as a result I’ve noticed a lot more instances where people heal up in the middle of a tense firefight, ducking behind cover to apply bandages or pop some pills. In PUBG it’s usually too risky. You also have an entire slot for gear, with some interesting options. Various grenade types are most often, but there’s also some sort of sonic barricade I’m interested in experimenting with more.

Most of my inventory fills up with Blackout’s takes on Perks though. You drop in as a blank slate, same as any battle royale game, but you’ll soon amass a bunch of green cases with various power-ups inside. “Paranoia,” for instance, alerts you whenever a player’s aiming at you. Another, “Stimulant,” raises your maximum health by 100 points. “Skulker” lets you sprint while crouched. “Awareness” makes enemy footsteps louder.

It’s a neat Call of Duty twist on the genre. Some perks are more useful than others, but none seem particularly game-breaking—though the Stimulant perk is probably the most annoying to come up against.

But it really does feel like a refined PUBG, and here’s where I flip and say: I wonder if it’s enough.

Listen, Call of Duty’s going to sell millions upon millions of copies, as per usual. I’d like to pretend sales take a hit because there’s no singleplayer campaign, but who knows? And even if there’s a small sag, sales will still handily outpace every other shooter released in 2018, if I had to guess.

It follows then that a lot of people will play Blackout. Even if it’s only a third of the people who buy Black Ops IIII, that’s still something like seven million players going off historical sales data.

I can’t help but feel a little disappointed though. Blackout feels so damn much like PUBG, and I’ve already played PUBG a lot. The way gear is scattered across the ground, the way rolling hills give way to clusters of buildings, the way the circle closes in—it’s all so familiar.

It even looks like PUBG. When Treyarch first started talking about Blackout, the part that piqued my interest was when they discussed smashing up iconic Black Ops maps into one huge battle royale zone. I pictured that quite literally, like the bright plasticky suburbs of Nuketown would transition straight into the Cuban beachfront of Villa, and from there into the lush undergrowth of the Jungle map or something.

Nope. Instead it’s more of an inspired-by situation. You can go to “Nuketown Island” for instance, and if you squint you might be like “Oh yeah, I guess this layout is similar to Nuketown.” But it doesn’t look like Nuketown. It looks like PUBG.

As I said up top, I’m not a big fan of Fortnite—but I love that Fortnite came into its own. It has a definite aesthetic, one that sets it apart from the rest of the battle royale contenders. Blackout is bland, and while there’s certainly room for a big-budget studio to do “PUBG without the jank” I still wish they’d gone a step further, especially with this year’s Zombies mode tackling weird time travel stuff like the Titanic and Ancient Rome. I hoped Blackout would be similarly daring, and it’s not at all.

The result? Black Ops IIII feels like it could win over a significant chunk of disenchanted PUBG players, but I’m not as convinced it’ll attract newcomers to the genre, nor those who are already tired of these ideas. Blackout’s a better version of an existing game, not one with an identity of its own.

One thing’s for sure though: Blackout won’t be the last big-budget battle royale. PUBG’s days are numbered I think, unless significant changes are made. A year and a half’s head start hasn’t done much to help.