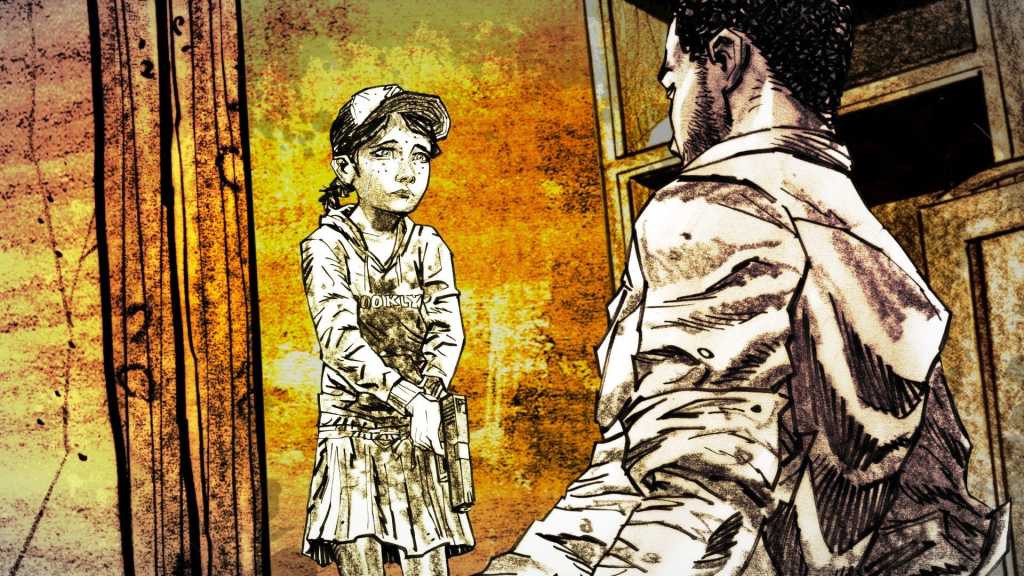 THQ Nordic bought up the rights to Alone in the Dark this week, so the betting’s on. Which once-great-but-now-disgraced-or-discarded series will be next? Eternal Darkness? Fez? Alan Wake? Metal Gear Solid? Jade Empire? So many possibilities.

That news, plus Capcom’s Tokyo Games Show presence, Return of the Obra Dinn gets a release date, Frostpunk‘s first expansion, Telltale closes and cancels Wolf Among Us 2, and LawBreakers goes to an early grave.

As per usual, kicking off the round-up with the games you could be playing this weekend—for free, of course. First up is Ghost Recon: Wildlands, which I wasn’t too fond of last year but which is definitely big enough to keep you occupied for three days. Head here and log into your Uplay account to get temporary access.

And for those who bought Destiny 2 but haven’t taken the plunge on the new Forsaken expansion, you’re able to test the showcase “Gambit” mode this weekend. A hybrid of mob-shooter and actual player-versus-player multiplayer, Gambit’s a mode that could only really work in Destiny 2, and I’ve been having a lot of fun with it. It’s well worth checking out if you’ve been (rightly) skeptical of Destiny 2‘s future.

Frostpunk is one of 2018’s best builder-type games, with a unique setup that pits your tiny colony against the rigors of an apocalyptic winter—and forces you to make some ethically dubious choices in the name of survival.

Now there’s a bit more of it in the world, as Frostpunk released an additional campaign this week for free. Titled “The Fall of Winterhome,” there’s a new map, new stories to uncover, and a handful of bug fixes too.

What am I doing on Halloween? Probably playing this Call of Cthulhu game honestly, because these trailers look fantastic—especially that BioShock-esque music at the end. Not the comparison I would’ve expected to make, but here we are.

THQ Nordic must have so much money to throw around. Here’s a list of what the publisher’s acquired just in 2018: Deep Silver/Koch Media, TimeSplitters, Second Sight, Kingdoms of Amalur, and now—as of this week—Alone in the Dark and real-time strategy series Act of War.

Even though it’s happening right now, most of the Tokyo Game Show news seems to have arrived last week. That said, Capcom did post a lengthy new Devil May Cry 5 trailer showing off the game’s third playable character, some guy named V who has his own name emblazoned on a book he carries around. So that’s cool.

Capcom also released a new story trailer for that Resident Evil 2 remake. Those damn zombie dogs are back, as is Ada Wong. (Now if only Konami would give Silent Hill 2 the same treatment.)

The Bard’s Tale IV released this week and…well, it has some problems, particularly on the technical side. And that’s a shame, because InXile’s Brian Fargo made quite a bet this week: If the game sells more than 2 million units in the next year and a half, he’ll try and buy back Interplay. Now wouldn’t that be something?

Still, you might want to hold off buying The Bard’s Tale IV for a bit. It’s in pretty bad shape, although the first of presumably many patches is supposed to arrive today. Key fixes: Load times, an FOV slider, and more.

Return of the Obra Dinn is billed on YouTube as “An Insurance Adventure with Minimal Color,” which is about the most banal description I can imagine—and yet it’s one of my most anticipated games. Why? Obra Dinn is actually Lucas Pope’s long-awaited followup to Papers, Please, which won our Game of the Year prize way back in ye olde 2013. Check out the trailer below, which also ends with a release window of autumn 2018 (er…1818). That’s not far off at all.

I have to keep reminding myself Just Cause 4 is due out at the end of the year. Despite the fact there’s a new trailer every week or two, I feel like the hype just isn’t there this time. Is it just me?

In any case, this new seven-minute “spotlight” details the four different environments in Just Cause 4—desert, rainforest, grasslands, and alpine. It sure does look pretty, at least.

Sad news this week as Capcom Vancouver was shut down, all its projects canceled and most of its staff laid off. According to a statement sent to Kotaku, “a skeleton crew” will remain through January at which point the studio will be closed completely. This is the team that made Dead Rising 2 through 4, raising the question of what’ll happen to that series—though I suspect the lackluster response to 4 is partly to blame for this week’s shutdown. Curious whether we’ll see it pop back up at a different studio or if this is the end for Frank West.

Condolences to those who lost their jobs regardless, and hopefully the Vancouver dev scene can scoop everyone up.

No Wolf Among Us 2, either

Condolences also to Telltale, which all-but-shut-down this week as well. The news came late on Friday, first a trickle of people talking on Twitter and then an official announcement. The studio responsible for The Walking Dead and The Wolf Among Us, which at one point seemed invincible, was cut from 400 employees down to a mere 25—a skeleton crew responsible for finishing The Walking Dead: The Final Season before the studio closes for good. Wolf Among Us 2 and the Stranger Things adaptation have both been canceled in the process.

Shocking, and depressing. Telltale was a great incubator for writing talent and it’ll be a shame to see it disappear, though I recommend reading The Verge’s expose on Telltale and Kevin Bruner if you want to know what went wrong.

End of a brief era

And another loss this week, this one of the “Game Preservation” sort: LawBreakers shut down. Like, for good. The rumored pivot to free-to-play never occurred, and as promised Nexon shut all the servers down on September 14 and yanked the game from Steam. So uh…that’s it. I guess settle in and wait for Cliff Bleszinski’s tell-all memoir.