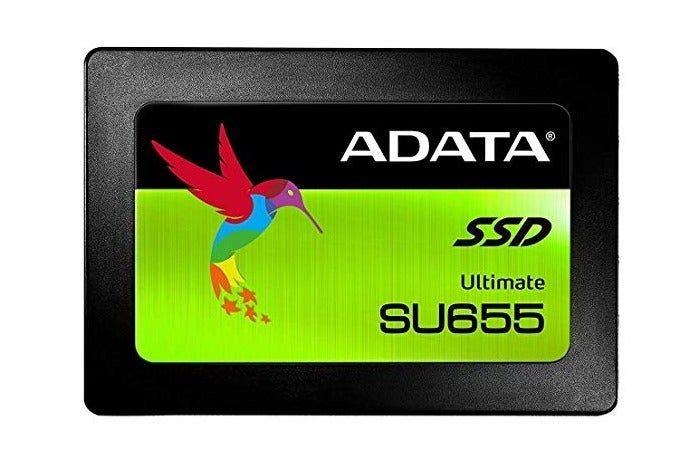 Budget SSD maker Adata won’t be found among our selections for the top SSDs of 2018. But if you haven’t ditched your pokey hard drive yet, the ludicrously low prices of Adata’s 2.5-inch Ultimate SU655 SSDs on Amazon make them pretty irresistible.

To start, the 120GB version of the drive costs just $25. We’re in pizza pricing territory here folks. True, this low capacity drive has been dropping in price for weeks, but it’s the lowest we’ve seen it go. You won’t fit much media on a 120GB drive, but it’s a great option for a boot drive.

If you want more space, the 240GB Adata SSD is only $40. That’s a slightly roomier boot drive with enough capacity for some key documents (or half a game). Finally, there’s a 480GB drive for $70. For comparison, the 500GB model of the Samsung 860 EVO, the best SSD for most people, usually costs $120.

Adata says the read speeds on all of these drives maxes out at 520 megabytes per second, with write speeds up to 450MB/s. That’s average for a SATA SSD, but blows the speed of spinning hard drives out of the water. While Adata sells these drives as a third-party marketplace seller, the actual orders are fulfilled by Amazon. That means your purchase will be covered by Amazon’s customer service policy, making returns a snap if you need one.