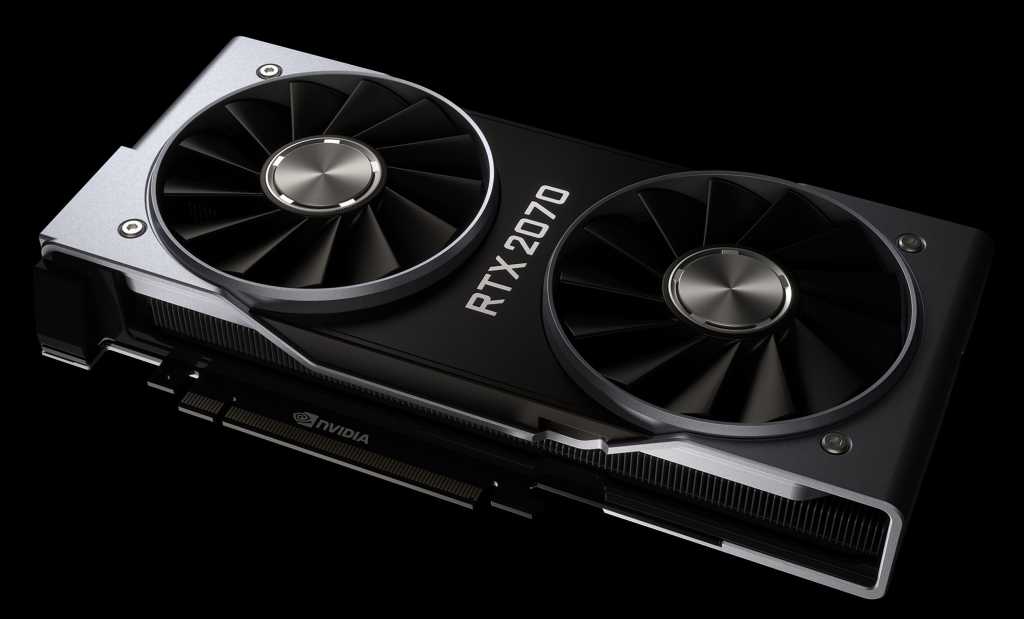 The GeForce RTX 2070 will launch on October 17, Nvidia’s GeForce account tweeted today. The Founders Edition model will cost $599 on GeForce.com, with prices from third-party partners like EVGA, Asus, and Gigabyte starting at $499—at least in theory. In reality, we’ve seen custom cards treat the Nvidia Founders Edition cost as the true price baseline when new GPUs launch.

The timing of the launch is interesting. GeForce RTX 2080 reviews proved divisive: Benchmarks showed it performing neck-and-neck with the GTX 1080 Ti in traditional games. Worse, the cutting-edge technologies that Nvidia’s radical Turing GPU was built for—real-time ray tracing, Deep Learning Super Sampling, and more—aren’t available in traditional games yet (although several games have pledged RTX support). Nvidia says the first ray traced games will appear about a month after the GeForce RTX 2080’s September 20 launch, when the underlying DirectX Raytracing API comes to Windows in the October 2018 update.

But will ray tracing be ready for the GeForce RTX 2070’s launch? That’s the big question. October 17 is about a month after the RTX 2080’s launch. Microsoft hasn’t announced a firm release date for October 2018 Update.

Spitballing off how the GeForce RTX 2080 and 2080 Ti compare to their predecessors, the GeForce RTX 2070 might wind up matching the performance of the GTX 1080 in traditional games. If that’s the case, the situation would match the RTX 2080 versus GTX 1080 Ti dilemma. You’ll be paying the same amount—or likely more—for the same level of traditional game performance, 2.5 long years after the GTX 1080’s debut. If ray tracing and DLSS aren’t available by the time the GeForce RTX 2070 launches, buyers will once again be asked to make a leap of faith in paying that premium for Turing’s future-facing features.

Fingers crossed ray tracing ships before October 17. In the meantime, here’s a refresher on the GeForce RTX 2070’s core specs:

You can sign up to be notified when the GeForce RTX 2070 Founders Edition will be available to preorder on the GeForce website. Asus already revealed ROG Strix, Dual Fan, and blower-style RTX 2070 graphics cards, so expect to see custom models around the same date.