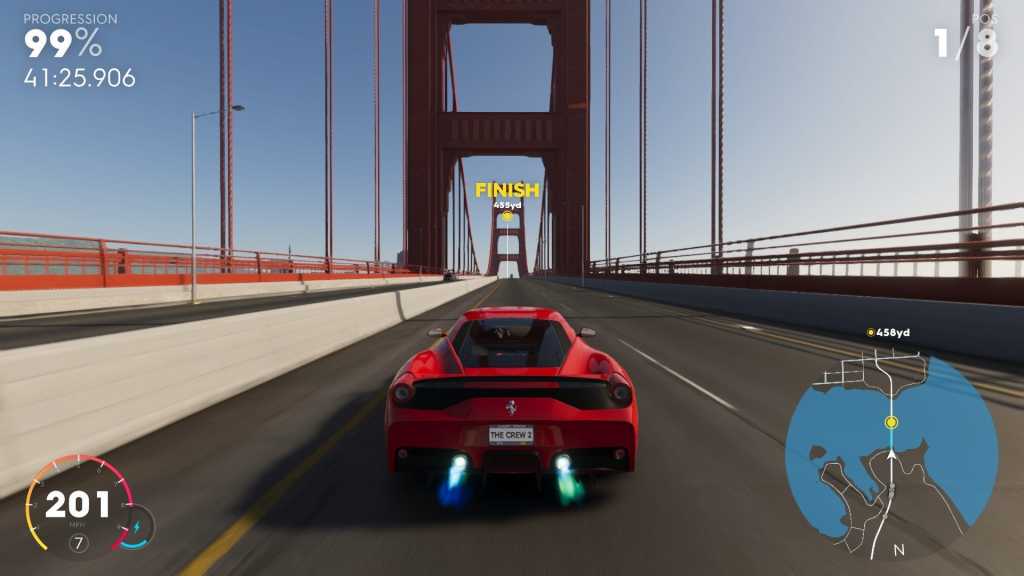 I really miss my Xbox 360 controller sometimes. These days I’ve almost entirely transitioned to an Xbox One controller, but the 360 just felt right, you know? Actually, scratch that—I know you know, or at least 27.2 million of you know.

Those stats, plus a free weekend for The Crew 2, Ace Attorney comes to PC at last, Fallout 76 shows off its opening cinematic, Hitman 2 debuts its second mission, and an update on the Telltale disaster.

Let’s ease into this week’s round-up with our usual “What’s free this weekend?” section. This week? It’s Ubisoft trying to undercut Forza Horizon 4 hype by making The Crew 2 free for the weekend. Will it work? Uh…well, probably not. Forza is a much better game. But if you want a virtual vacation this weekend, grab The Crew 2 through Uplay and give it a spin.

Assassin’s Creed: Odyssey is out next week, bringing with it gorgons and minotaurs and kickable wolves. At this point there’s so much footage out there I doubt one more trailer will change your opinion of it, but here’s the official launch trailer for your perusal. For posterity.

Three games in one

Next up is Call of Duty: Black Ops 4, which puts quite a strain on the definition of a “launch trailer.” Far be it from me to defend the honor of a completely made-up marketing term, but Black Ops 4 won’t release until October 12, which makes the idea of a launch trailer pretty damn funny when we’re still in September.

But I digress. Here’s the trailer, which touches on all three modes—the Blackout battle royale mode, Zombies horde mode, and standard multiplayer. It does so in just over a minute, too. Impressive.

I didn’t think it’d ever happen, but finally it has. The walls have fallen, or at least someone put a sledgehammer through them. After years of deferring, Sony’s finally allowing crossplay between the PS4 and other platforms—for one game. Yes, Fortnite, biggest game in the world, finally got Sony to cave.

“We will update the community once we have more details to share, including more specifics regarding the beta timeframe, and what this means for other titles going forward,” wrote Sony’s John Kodera. That latter part is obviously most important, as it suggests this could become the norm going forward, a monumental change in how multiplayer gaming’s handled.

I’m usually pretty ambivalent about remasters, but there’s an exception: I love when a game that never came to PC (usually one released in the dark days of 2001 to 2009) suddenly decides, “okay, it’s time now.” Last week we got word Katamari Damacy is finally coming to PC. This week it’s Phoenix Wright: Ace Attorney, Capcom’s acclaimed courtroom drama. The first three games are coming over as a trilogy package with remastered visuals sometime in early 2019.

Total War: Three Kingdoms was originally aiming for release later this year, but was one of many games to slip into that early 2019 period. Now Creative Assembly’s pinned down a more exact date: March 7, 2019. There’s also a very substantial preorder bonus in the form of an entire faction. Not sure how I feel about that aspect.

Valve put out some interesting data this week on PC controller usage. Long story short: The Xbox 360 is still the most popular controller on the planet, making up almost half the controllers registered by Steam since 2015. Even more surprising (to me at least), the PlayStation 4 controller is in second place. I like the DualShock 4, but PC support has historically been pretty spotty—though Valve notes that of those who plugged in a PS4 controller, many don’t use it regularly.

Anyway, the Xbox One is close behind in third, the PS3 far behind in fourth, and the remaining eight percent is a smattering of the Steam Controller, Nintendo Switch Pro controller, Rock Band instruments, and the evocative “PC Gamepad” category. Check out the blog post for even more stats and a longer breakdown. It’s interesting stuff.

Okay, listen: The problem with the Fallout 76 opening is that there’s no John Denver. I think we can all agree. That said, if you want a peek at what you’ll (perhaps) be playing come November, the first three minutes are now available in “trailer” form. You’ll of course be surprised to hear that war never changes.

I’m a bit confused. I know CD Projekt was working on that standalone Gwent game, and at the time we were told there’d be Hearthstone-style multiplayer as well as a singleplayer RPG. Now I think that RPG’s been spun off too, making Thronebreaker: The Witcher Tales…a spin-off of a spin-off? Do I have that right?

I think I have that right. In any case, there’s a trailer below. And the game’s not far off either, with October 23 set as the release date.

Hitman 2‘s shown off quite a bit of footage already, but most of it’s come from the same racing-centric Miami mission over and over again. This week IO showed off the second map though, Santa Fortuna—and a guy getting killed by a thrown hammer. That Agent 47, always showing off.

Last but not least, an update on the Telltale situation from last week. There’ve been two main developments. First and foremost, some ex-employees have leveled a class action lawsuit against Telltale for violating California’s WARN Act—firing everyone without the requisite 60 days notice.

Which relates to this second development: Telltale is now reporting that it is “actively working towards a solution” to finish The Walking Dead: The Final Season. According to Telltale’s Twitter account, “Multiple potential partners have stepped forward to express interest in helping to see The Final Season through to completion.”

As a fan, it’s tempting to be excited. But uh, 225 people just lost their jobs and didn’t even get paid severance, so if there’s money just hanging around maybe that’s where it should go? And maybe Telltale should rehire some of the people it just wronged?