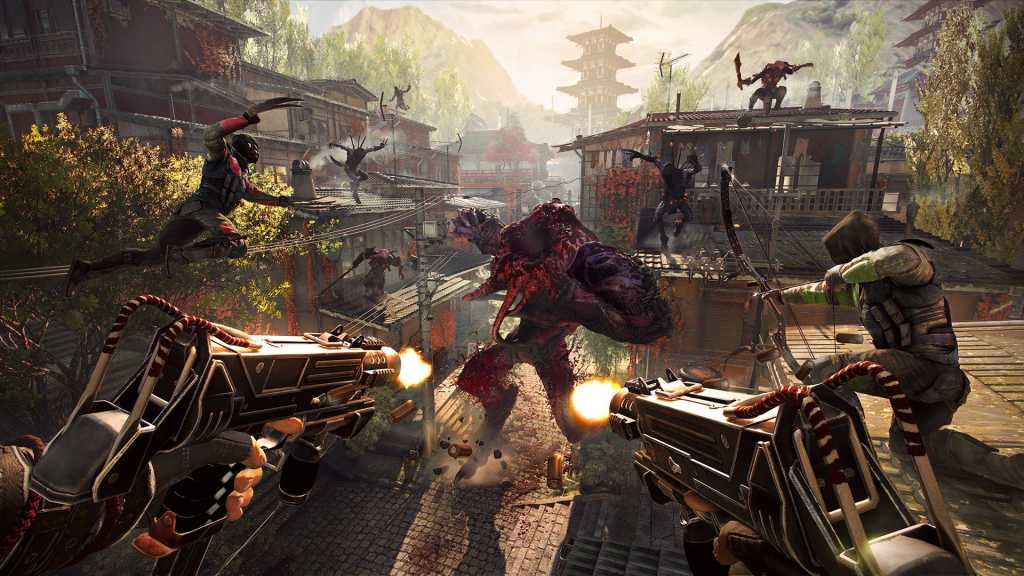 GOG.com, once known as Good Old Games, turned 10 years old this week and has been throwing a hell of a birthday party. Discounted games are all over the site at the moment, from 60 percent off The Witcher 3 and Stellaris to 75 percent off most of the Infinity Engine games.

Shadow Warrior 2 takes pride of place though. Thanks to a community vote, the 2016 shooter is free (like, to own) if you download it by Saturday morning. Head on over to GOG.com, look for the Shadow Warrior 2 banner, click the big green “Get For Free” button, and it’ll add to your account.

I admittedly didn’t love the sequel as much as I loved Flying Wild Hog’s first Shadow Warrior reboot. There wasn’t much to the story, and level design took a nosedive thanks to an emphasis on randomized encounters, replayable missions, and a tedious loot grind. That said, the shooting was still fantastic and Shadow Warrior 2 could be a lot of fun with four-person co-op. This giveaway is the perfect opportunity to rope in three friends for a fast-paced shooter that doubles as an extended dick joke.

While we’re here, it’s worth mentioning GOG.com also has some great bundles running this week. Perhaps most appealing is Kingdom Come: Deliverance, Shadow Tactics, and Battle Chasers: Nightwars for $25. That’s a steep discount on Kingdom Come alone, and Shadow Tactics is one of the best (and most overlooked) modern tactics games.

You can also snag Owlboy, Dragon Age: Origins, and Homeworld: Remastered for $10, another great deal, or celebrate Good Old Games with a $5 bundle that includes System Shock 2, Another World, Dungeon Keeper 2, and Theme Hospital.