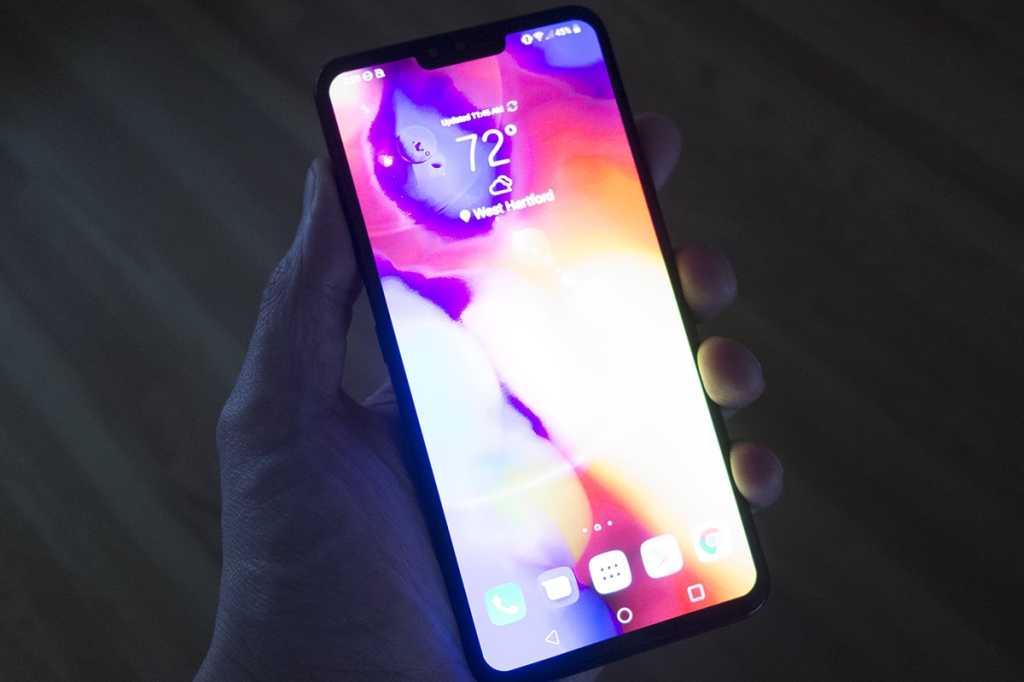 The V40 isn’t just LG’s best phone of the year, it’s one of the best Android handsets of 2018, with a brilliant screen,fantastic camera, and loads of fun.

LG’s V40 comes at a time when LG desperately needs a break. After the V30, V35, and G7 all stumbled out the gate with unforgivable flaws and half-baked features, LG has gone back to the well with the V40. And wouldn’t you know it, LG’s finally got it right. With the changes to the screen, camera, and design, the V40 fixes early every problem I had with its predecessors.

Whether that translates into robust sales or any kind of sustained success remains to be seen, but the V40 is a phone that can stand up to the Samsung Galaxy Note 9, Pixel 3 XL, and even the iPhone XS Max. The penta-camera system you’ve heard about gives it a massive boost over the G7 without introducing too many gimmicks, and the OLED display is a giant leap over the V30‘s screen.

In fact, it’s hard to think of too many ways that LG could improve upon the V40. Barring an in-display fingerprint sensor or a folding screen, LG has turned small improvements into a big change. The V40 could be the sleeper hit of the competitive fall October field. If only it didn’t cost $900.

This review is part of our ongoing roundup of the best Android phones. Go there for reviews of competing products and how we tested them, plus buying advice.

A bigger and brighter screen

But the V40 doesn’t feel much bigger for two reasons. One is the thickness. At 7.6 mm, it’s actually 0.3 millimeters thinner than the G7. And despite a significantly larger screen, it’s only 7 grams heavier at 169 grams. The Galaxy Note 9, which has the same 6.4-inch screen and glass body, weighs over 30 grams more. That makes a big difference when you’re carrying and using a phone for hours on end.

The V40 retains the notch that so many people despise, but like the G7, you can hide it behind a black status bar if you prefer. Because the V40 has an OLED screen, the effect is even better here.

LG also managed to trim dimensions in other ways. The bezels are a little thinner than the G7’s. The unsymmetrical chin and forehead that the V40 has (and all other notched Android phones have) are slimmer than most. The corners and the edges of the glass adhere to the V line’s curvier aesthetic, a slight contrast to the boxier G7.

The back is equally minimal, with three horizontally aligned cameras and a fingerprint sensor, and a choice of two colors: black and blue. They’re fine, but I missed the silver option of prior handsets. I probably wouldn’t have noticed the “sand blasted” glass had LG not pointed it out, but it’s surely a lot less reflective than on other phones and feels slightly less slippery to the touch.

The front of the phone is all about the display, and it might be the best LG’s ever put in a phone. I’ve always been impressed with LG’s LCDs, but the V30’s OLED left much to be desired, so much so that LG switched back to LCD for the G7. The difference between my V30 and the V40 is night and day. The latter delivers bright, vivid, rich colors with deep blacks. None of the banding issues I experienced with the V30 are present here, and I noticed only the slightest of blue shifts, which I was able to eliminate via LG’s excellent color settings. Even the always-on display is crisper and brighter. If it’s true that LG will be supplying Apple with some displays for the iPhone XS, Samsung might want to start worrying.

On the inside, the V40 more closely resembles the G7. The specs are identical when it comes to the processor (Snapdragon 845), RAM (6GB), and storage (64GB), areas that LG admittedly hasn’t focused on with the V40. That means you get a Snapdragon 845, 6GB of RAM, and 64GB of storage on the $900 base model. Also noteworthy is the 32-bit Quad DAC headphone jack, a dying spec on other high-end phones.

While I would love for LG to dump its UX OS in favor of Android One, performance isn’t an issue on the V40. I actually found it to be a touch snappier than the G7. That could be my imagination, an OLED illusion, or the result of better optimization with the new Android 8.1-based version. Even if your mileage varies, the bottom line is the V40 is as fast as any Android phone I’ve used.

Battery life is stellar as well. While it’s not quite as robust as the 4,000mAh Note 9 or even the 3,500mAh Galaxy S9+, the V40 makes the most of its 3,300mAh battery, easily powering through a full day. I couldn’t get an accurate benchmark rating due to compatibility issues with PCMark’s software, but real-world results were quite good. On some days it even gave those phones a run for their money. You could chalk it up to the usual year-over-year improvements, but it also speaks to LG’s focus with the V40. With the same battery capacity as the V30, LG has managed to squeeze noticeably more life with the V40, and it runs circles around the G7.

Even with across-the-board improvements, the V40 wouldn’t be worthy of accolades without two small additions: an extra camera on the front and an extra camera on the back, for five total. It’s not just the best system LG has ever made, it’s more fun and better equipped than nearly every smartphone camera I’ve ever used.

There may be other phones that take better photos than the V40—like the P20 Pro, Galaxy Note 9, or iPhone XS—but the V40 is no slouch. The photos I took were crisp, vivid, and well-saturated. Thanks to the Super Bright Camera, it’s able to capture low-light shots like no other. LG still has some work to do with cutting down the noise, but the results in near-darkness are nothing short of spectacular, so much so that I needed to turn it off when I wanted to preserve the mood.

In optimal lighting, it’s hard to find much fault with the V40. Whether shooting a standard, zoomed, or wide-angle shot, landscapes and portraits rivaled those taken by the thousand-dollar Note 9, and I was able to get more variety in my shots thanks to the three cameras. At a tap, the V40 lets you switch among the standard, zoom, and wide-angle lens, or take a shot using all three in quick succession. It’s the kind of feature that has gotten lost in the race for better and better DxOMark scores. I appreciate LG’s efforts to consider the whole package, not just photo quality.

Because it’s a ThinQ phone, LG’s AI Cam is at work again, but it’s vastly improved over the previous incarnations. For one, the silly words that flew across the screen are gone, making the system look much more sophisticated. It’s faster as well, though it still takes a second or two longer than the Mate 20 or Note 9, which is an eternity when it comes to photography. I had plenty of instances where it guessed wrong or not at all. At some point, I reckon LG is just going to scrap the whole system, but for now you can just leave it off.

Around the front, you also get wide-angle selfies, true portrait mode, and iPhone XS-style lighting modes. I didn’t love the lighting effects, but portraits are vastly improved over the G7’s. There’s also a new feature is called Cine Shot that lets you create 3-second cinemagraphs right in the camera app. The process is simple, but it’s probably a feature most people will use once or twice and forget about.

But people won’t be buying the V40 for Cine Shot or even the dual selfie cameras. They’ll be buying it for the triple-camera system, and they’ll be happy with it. I haven’t had this much fun with a camera in a while, and anyone who tries it out will have a hard time going back to anything else.

Should you buy an LG V40 ThinQ?

Price unseen, the V40 is one of the best phones of the year from LG or anyone else. However, it comes in the midst of a month of increasingly stiff competition, and there’s a good change that the V40 will be once again left on shelves as people opt for the Pixel 3, Note 9, OnePlus 6T, Huawei Mate 30, iPhone XR, etc.

The reason is the price. The V40 starts at $900 and goes up from there depending on your carrier, so barring a BOGO deal or some other discount, it’s hard to recommend it. Verizon’s inflated $980 price for 64GB of storage makes it one of the most expensive phones you can buy, just $20 off the Note 9 and iPhone XS. LG’s track record of software updates (or lack thereof) doesn’t exactly instill confidence that it’ll be getting Android 9.0 Pie anytime soon, either.

So while the V40 is LG’s best phone in a while, you’ll probably want to hold off until the price drops to a more reasonable $750 or $800, at least until the rest of the October handsets arrive, and the holiday discounts soon afterward. LG fans who do decide to pre-order one when they open up on October 12 won’t be disappointed—and LG is bundling some goodies to soften the blow—but I reckon they’ll be much happier if they wait for a better deal.