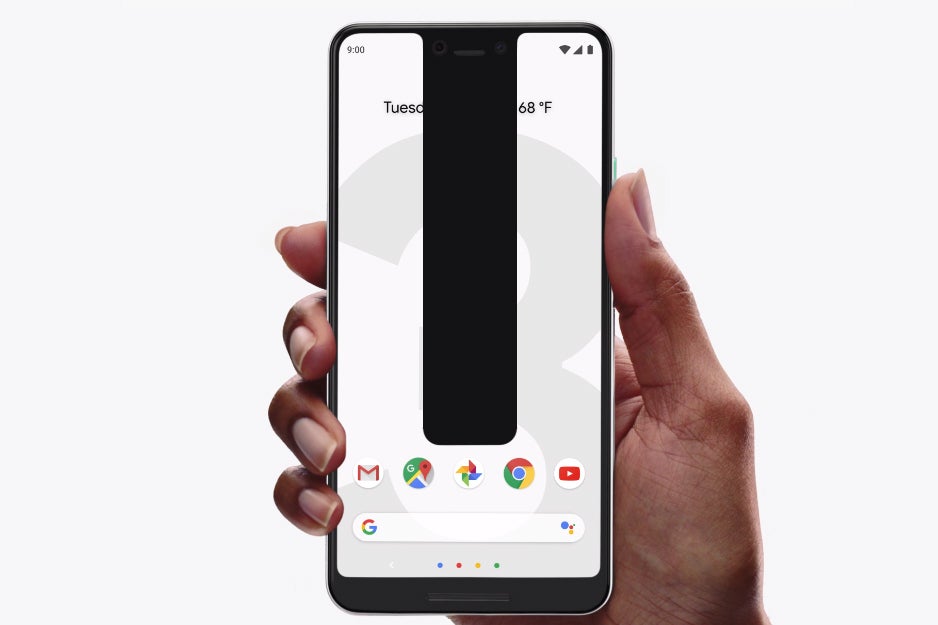 That’s right. It’s me. The notch. The one you’ve been notch-shaming for weeks on end. At first, I was hurt, but now? Screw it. They should have made me even bigger.

What, you think I was mistake? Well, newsflash, you don’t make the decisions here. Google does. So, follow along closely, because it’s going to be a rough ride.

First off, I’ve heard all the snarky comments: Elon Musk is building a submarine to rescue survivors from the bottom of the notch. Old-timey men from the 1920s lay their coats over the notch so women can step over it and not get their dresses wet. Did you see the trailer for Hot Tub Time Machine 3? They filmed it on location—in Google’s notch.

OK, OK, very clever—but none of that means jack. This is 2018, and if you want nice things like dual front-facing cameras with a wide-ass field of view and as much edge-to-edge display as possible, then you’re gonna get a notch.

This is America, junior. Adults have jobs to do. We have bigger problems than worrying about a damn notch. Hit the like button on that. And spare me your self-righteous outrage, and check out the diagram. Facts are facts.

Or maybe that’s not even notchy enough. I want you to look in your mind’s eye and see a Pixel 3 XL display that’s shaped like the letter U. An uppercase U in Helvetica Compressed Black. I’ve got the starring role in the first U-shaped smartphone display, and the people love me!

What, you want to see usable pixels in the middle of your screen? Well, sorry, you can’t. Not on Google’s new phone. That’s where the slammin’ new notch goes now. I’m big, and I’m bouncy, and I look goooood.

Oh, and by the way, your suggestions are stupid. “Why don’t you just put the camera hardware inside the display? Then you can have an edge-to-edge screen and dual-cam selfies!” Well, guess what, Einstein, two things can’t be in the exact same place at the same time. It’s called physics, and someday you’ll learn about how atoms work.

Bottom line: I’m notched out like a boss and damn proud of it. Now go home and get your shine cloth, and shine my damn notch.