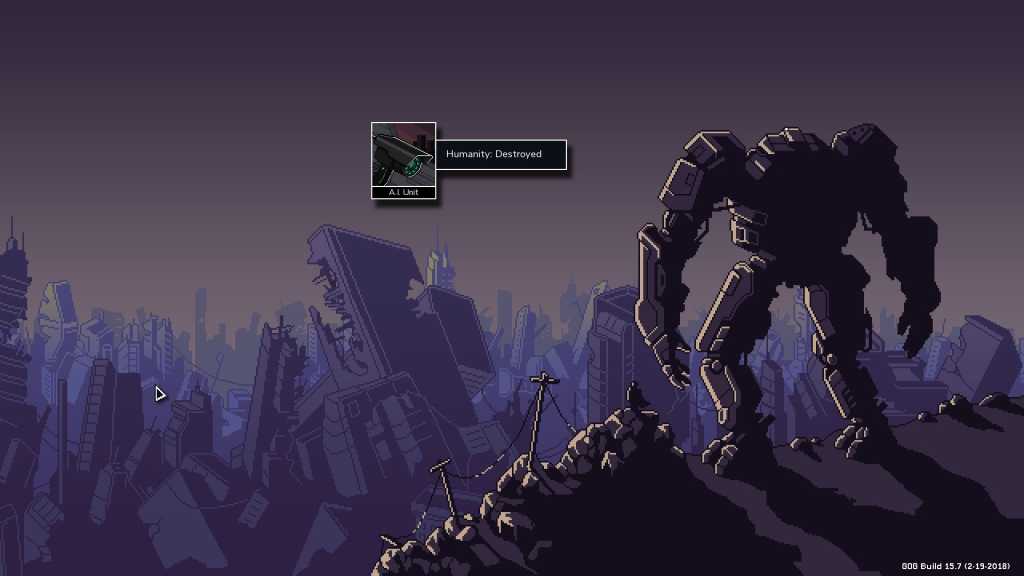 Microsoft’s looking to buy Obsidian? And there’s a Baldur’s Gate 3 in the works? 2003’s rumor mill is churning hard this week.

Those stories, plus Star Citizen shows off another flashy trailer, The Walking Dead will finish out its final season, Stories Untold studio No Code shows off its second project, and a speedrunner finishes Into the Breach faster than I could write this article.

This is gaming news for October 8 to 12.

Star Citizen continues down the long and winding road to (hopefully) becoming a real game people can play. CitizenCon took place this week in Texas, unveiling yet another trailer for the star-studded Squadron 42, the accompanying singleplayer campaign. It’s an impressive trailer, though there’s still no release date in sight.

Not set in stone

Perhaps the biggest news of the week, even if it is a rumor at the moment: Kotaku reports that Microsoft is in the process of buying Obsidian. The acclaimed RPG developer has always been one failed project away from disaster, so the move would presumably give them more flexibility and stability—if indeed it comes to pass. It seems like a decent deal for Microsoft though, given how thin its first-party lineup has been lately and its developer buying spree at E3. Also notable, Kotaku has someone on-record saying Microsoft’s “looking to bolster its PC development.” Very interesting.

Back to Baldur’s Gate

Speaking of which: Who’s working on Baldur’s Gate 3? Brian Fargo knows, or at least claims to know. At the very least, he’s indicated that a Baldur’s Gate 3 is in the works…somewhere. Beamdog, who worked on the Baldur’s Gate 1.5 expansion Siege of Dragonspear claims it’s not them, and a rumor about Larian having acquired the license was sort-of denied to PCGamesN soon after. So…Obsidian?

Stories Untold is one of my favorite overlooked games of 2017, even appearing on our Game of the Year list. A horror anthology with a focus on ‘80s analogue hardware, it was both unique and strangely satisfying. I’m excited then to hear that developer No Code is working on another game for 2019, this one titled Observation. IGN had the first trailer this week, and there’s a distinct 2001: A Space Odyssey vibe—except you play as the spaceship AI, S.A.M. Hopefully with better results than in 2001.

Paradox has fortuitous timing. Hot off the United Nations warning us about the impending effects of global warming, Cities: Skylines is getting an Industries expansion—like the polar opposite of last year’s Green Cities utopia. There’s not much info in the trailer, but the press release says: “Place highly specialized industrial buildings to build and manage the production chain from raw material extraction up to final end product. Industry Areas are divided into four types based on the natural resource they are processing: Farming, Forest, Ore and Oil.” Look for it later this month on October 23.

The strange saga of Nightdive’s System Shock remake continues this week as well, with a first look at the “Adventure Alpha.” It’s looking quite a bit more like the original System Shock now, as Nightdive ditched its plans for a full-on reboot last year and is now doing more of a remake/remaster hybrid. The Adventure Alpha is currently using the original textures, though those will reportedly be swapped out for new art over time. I’m curious to see where it goes I guess, though the early reboot footage was more impressive.

A speedrunner named “Darn” beat Into the Breach in 12 minutes this week. That’s really all you need to know to feel bad about your own skills. (Via PC Gamer )

Did you know Just Cause 4 will have a story? No, seriously, there’s a trailer below. Rico even kicks over a table after finding out his dad’s name, so you know he’s angry.

Samorost and Machinarium studio Amanita Design has made point-and-click adventures for like, 15 years now, so I’m a bit surprised to hear its new game Creaks is a…a platformer? Okay, then. Check out the teaser below, and get ready to “meet your new neighbors” sometime next year.

As per tradition, we finish out this week with Telltale news. This week’s development: Telltale found a partner to finish The Walking Dead: The Final Season, and it’s Walking Dead creator Robert Kirkman’s Skybound Entertainment. “Let’s wrap up Clem’s story right!” wrote Skybound.

Later in the week Skybound also said it’s looking into hiring some of Telltale’s former staff to finish out the project, though it didn’t specify how many, nor whether those people would be brought on as employees or as contractors, nor how it would fill any gaps caused by key team members attaining new jobs, et cetera. It’s still a mess, in other words—not to mention all the people who will remain laid off and still won’t be paid severance.