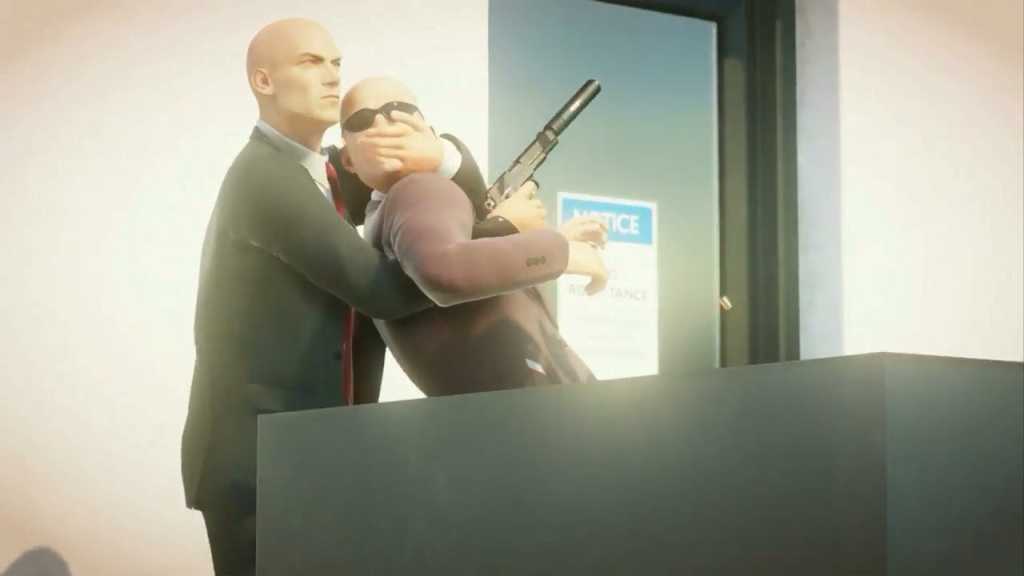 It’s the week before Red Dead Redemption 2‘s release, which means a) there’s a launch trailer and b) almost everyone else is avoiding the black hole-style news vacuum.

So this week’s news wrap-up is a bit thin. We’ve got that Red Dead trailer of course, buried at the bottom, plus whatever other snippets I could find: Sean Bean in Hitman 2, the debut of a silly and self-aware stealth game Skin Deep (from the creator of Quadrilateral Cowboy), Blizzard dispels Diablo 4 rumors, and Destiny 2 reworks how it’s selling the Forsaken expansion.

Not so elusive, probably

Hitman ‘s “Elusive Target” system continues to be one of my favorite games-as-a-service idea—limited-time assassination targets, and you only get one chance to succeed. I’m happy IO’s bringing Elusive Targets back for Hitman 2, and even happier to find out the first target in question is Sean Bean. Or uh…Mark Faba. But really, Sean Bean.

It’s late October, which means BlizzCon 2018 is right around the corner, which in turn means it’s time for the rumor mill. And this year a familiar one’s cropped up again. Speculation about a Diablo 4 announcement is rampant again—so rampant that Blizzard actually came out this week and said essentially “Nah, not happening.”

“We know what many of you are hoping for and we can only say that “good things come to those who wait,” but evil things often take longer. We appreciate your patience as our teams work tirelessly to create nightmarish experiences worthy of the Lord of Terror.”

Blizzard’s statement could be intentionally misleading to make a surprise Diablo 4 announcement more impactful, but don’t be disappointed if it doesn’t happen. You’ve been warned.

If Hitman is one kind of stealth-assassination game,Skin Deep sure is the polar opposite. From the developer of Thirty Flights of Loving and Quadrilateral Cowboy, Skin Deep‘s Steam page says “Stalk through a vast non-linear starship and sneak, subvert, and sabotage to survive in this stellar sandbox. You’re outnumbered, outgunned, and have no shoes.” That’s one hell of a tagline.

But best of all, it has a sneeze meter. Stay out of the dusty old vents, or else.

Speaking of weird indie games, Stanley Parable creator Davey Wreden tweeted this week to remind everyone that “Today is the first day that it is possible to legitimately get the Go Outside achievement in The Stanley Parable,” a.k.a. the achievement you get when you haven’t played the game in five years.

Wow, has it already been five years?

When I reviewed Destiny 2‘s Forsaken expansion last month, one of the only complaints I could muster was related to how Bungie sold the damn thing. Despite being more of a second-year reboot than a traditional expansion, Forsaken required players to purchase the two mediocre DLC add-ons from the first year, Curse of Osiris and Warmind. It was like a $20 tax on top of a $40 expansion, to get content that wasn’t even that enjoyable.

Luckily Bungie’s rectified the situation, and Curse of Osiris/Warmind will be packaged in with Forsaken purchases from here on out. On the other hand, those who already paid up…get pretty much nothing. A handful of emotes, shaders, and an emblem. Pretty thin compensation for those who took a chance on Destiny 2‘s first year.

Forsaken ‘s still pretty great though. (Seriously, I’m having a good time with this week’s Halloween-themed “Festival of the Lost” event.)

Command and Conquer, once again

Perhaps the weirdest part of this year’s E3 was when EA took the stage to demo Command & Conquer: Rivals, rebooting its classic strategy series as a mobile game. It’s one of EA’s favorite strategies apparently, take a beloved series from the ’90s and put it on phones while no proper sequel is in sight. (Looking at you, Dungeon Keeper.)

Well it’s not a sequel, but EA did take to Reddit this week to discuss the possibility of remastering the old Command & Conquer games at least. EA’s Jim Vessella, a C&C veteran, wrote “We’ve been exploring some exciting ideas regarding remastering the classic PC games, and already have the ball rolling on our first effort to celebrate the upcoming 25th Year Anniversary.” That would be in 2020, if you’re curious.

There’s not really any Telltale news this week, forcing me to end our month-long tradition. Well, I guess there’s this Reddit thread, where Skybound dodged a bunch of questions about hiring the former Walking Dead team, but that’s about what I expected.

So with little else to end on, I’ll bury this Red Dead Redemption 2 launch trailer here at the bottom. The game’s not even confirmed for a PC release still, so far be it from me to give it a better spot.