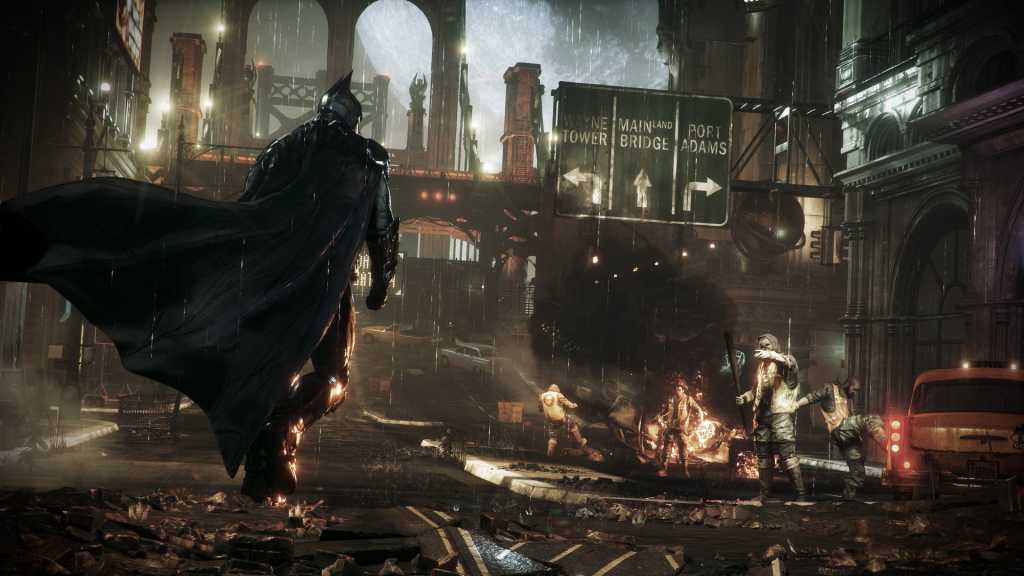 The Humble WB Games Classics Bundle offers exactly what you’d expect: The hits. The bundle offers some seriously great PC games from classic franchises like Batman, Mad Max, and Middle-earth, and better yet, they’re available for a ludicrously low price—just $12 to unlock all seven games included in the bundle. But Humble lets you pay what you want for its bundles, giving a portion of the proceeds to charity, and even $1 will let you in on some action.

The $1 tier unlocks Batman: Arkham Origins, Middle-earth: Shadow of Mordor Game of the Year Edition, and Scribblenauts Unlimited. Dozens of hours of top-notch gameplay for a dollar? I’ll take it. Paying more than the average donation—currently sitting at $4.12—gets you DC Comics brawler Injustice: Gods Among Us, the open world Mad Max adaptation, and Bastion, a breathtaking action RPG that topped many games of the year lists when it released. Finally, paying $12 or more unlocks Batman: Arkham Knight and its DLC season pass. Arkham Knight launched in a disastrous state on the PC, but subsequent patches fixed most of its issues on all but the most exotic computer configurations.

These games are a bit older, and many have been available for cheap in past Humble bundles or Steam sales, but make no mistake: This is a heavy-hitting, long-lasting group of games. Paying just $12 for the entire Humble WB Games Classics Bundle is an outright steal if you haven’t played most of these already.

Another steal? The Humble Monthly bundle, which delivers a package of games to your virtual doorstep every month for $12. Every Monthly bundle released so far has been well worth the money, and the “early unlocks” for the November bundle prove it’ll be enticing, too. Sign up now and you’ll get Hollow Knight, Hitman Season One, and 7 Days to Die—a trio of excellent games that normally retails for $100—right away, with several more games scheduled to unlock on November 2.