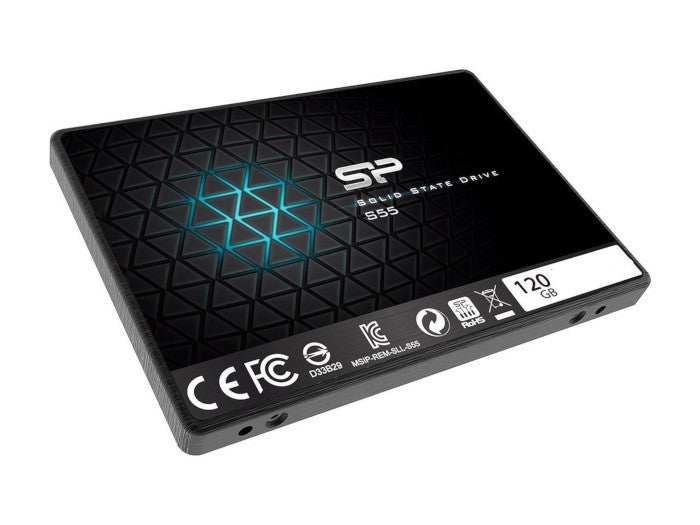 It’s time to ditch that pokey mechanical hard drive. Solid-state storage prices have been plummeting, but today we’ve found a remarkably cheap SSD that should be a good option for a boot drive in a tower PC, or minimal, fast storage for a travel laptop. Newegg’s selling the 120GB Silicon Power S55 SSD for just $23Remove non-product link. That’s about $10 off the MSRP, and a flat-out outstanding price for a solid-state drive. Newegg’s sale price for this drive ends next Thursday, November 1.

This is a standard 2.5-inch drive with a SATA III interface, so it should fit seamlessly in most PCs and laptops. Silicon Power’s drive uses 3D TLC NAND storage, which can sometimes suffer compared to the performance seen with more expensive MLC storage. We haven’t reviewed this drive so we can’t say if it’s one of the better performers. Some companies, such as Samsung, are doing wonders with TLC storage in their SSDs. We wouldn’t expect chart-topping speeds in a drive this affordable, but Silicon Power does say that this SSD comes with “SLC Cache Technology to improve overall performance.”

Still, even if the Silicon Power SSD can’t match the speeds of MLC drives, it’ll run circles around a spinning hard drive. It’s a great, low-cost option as a boot drive for your system files.