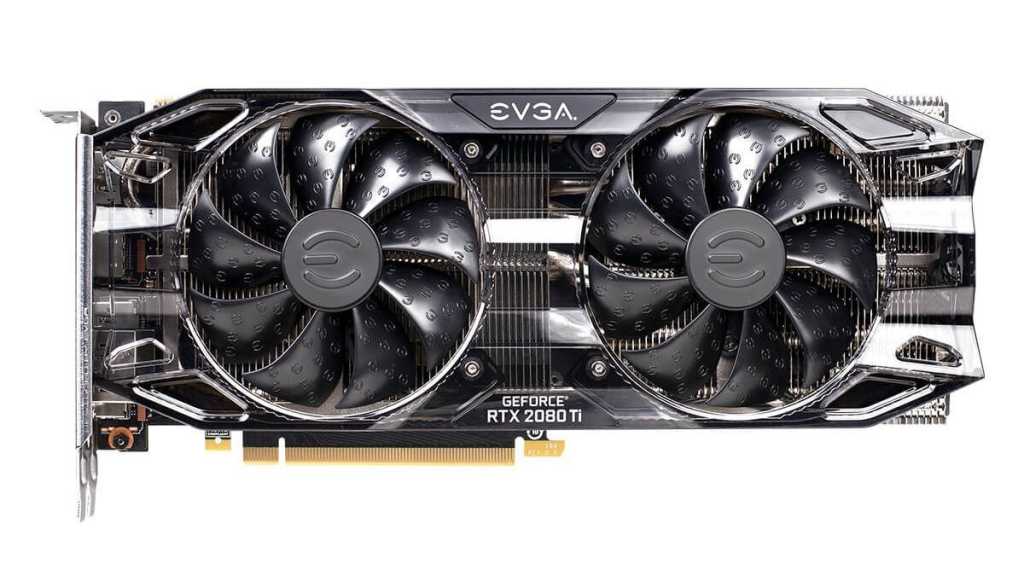 When Nvidia announced the GeForce RTX 2080 Ti at Gamescom, it said that models starting at $999 would be available. But in reality, all the custom models available since launch meet or exceed the Nvidia GeForce RTX 2080 Ti Founders Edition’s hefty $1,200 price point. Asus announced the $999 RTX 2080 Ti Turbo with a blower-style fan, but we’ve never actually seen it available despite being listed on Newegg. A new EVGA offering promises to finally bring big Turing below $1,000.

As first noticed by Hot Hardware, EVGA has listed the GeForce RTX 2080 Ti Black Edition on its website at the fabled $999 price point. Now for the bad news: It’s not available to purchase just yet but you can sign up for an automatic notification when it’s available.

The Black Edition appears to sport the same impressive dual-slot custom cooler as the EVGA GeForce RTX 2070 XC that we tested (and loved). EVGA redesigned the cooler for the new generation of GPUs, and its big-bladed dual fans and increased heat sink dissipation area managed to keep the RTX 2070 at a chilly 66 degrees Celsius or less at all times. The RTX 2080 Ti is a much larger and more power-hungry chip, so the cooling might not be quite as effective with this GPU, but the Black Edition seems likely to run at least as cold as Nvidia’s $1,200 Founders Edition.

The Founders Edition comes factory overclocked though. The EVGA RTX 2080 Ti Black Edition ships with stock specifications though, meaning it contains 4,352 CUDA cores humming along at up to 1,545MHz clock speeds. That’s nothing to worry about though. The new Nvidia Scanner auto-overclocking tool makes it dead simple to squeeze more performance out of RTX graphics cards, and EVGA’s superb Precision X1 software bakes it in. Just click a button, go do something for 20 minutes, and when you return your graphics card should run faster than before.

Of course, as an “RTX” graphics card the Black Edition supports real-time ray tracing, Deep Learning Super Sampling, and all the other cutting-edge goodies enabled by Nvidia’s radical Turing GPU. If you’re willing to spend a lot on a powerful graphics card that pushes 4K gaming roaring past 60fps, but not quite willing to spend four figures on those capabilities, head over to EVGA’s website and sign up to be notified when the GeForce RTX 2080 Ti Black Edition ships.