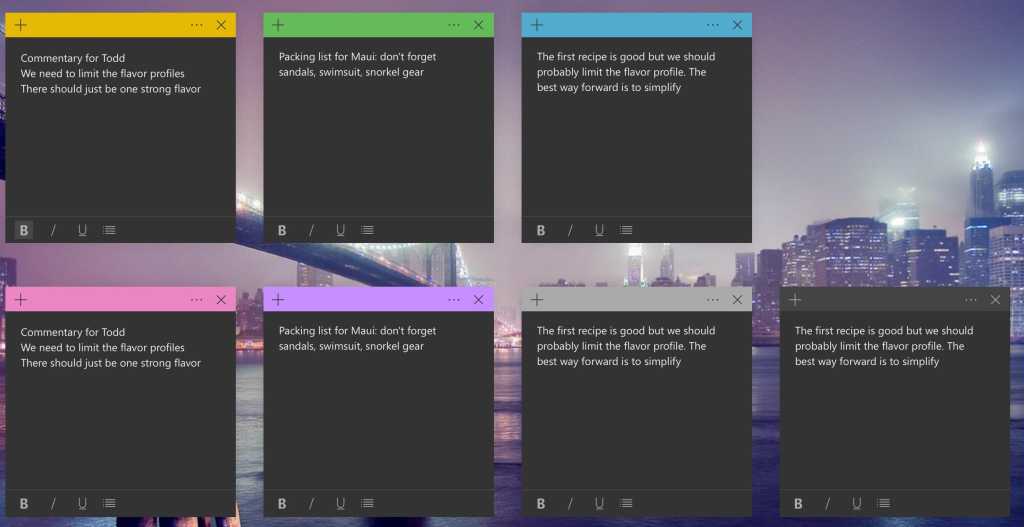 We’re already seeing hints of the next version of Windows 10, due in the spring of 2019 and known by the code name “19H1.” Some are cosmetic, like the new Acrylic look and feel to the Windows sign-in page. Others are more substantive, like the new Search Indexer.

But wait, you ask: Isn’t Windows 10’s October 2018 Update still in limbo? Yes: The October 2018 Update, delayed due to the potential for data loss, hasn’t been pushed to anyone but Windows Insiders. Currently there is no further news to share about its release, a spokesman said.

Microsoft’s Windows teams move on parallel tracks. What’s known as the “Fast Ring” usually helps test the next version of the OS. As that version moves into its final testing phases before release, a second “Skip Ahead” track acts as a passing lane of sorts to move ahead. Microsoft has merged the Skip Ahead and Fast Rings together, though they’ll split apart as we get closer to the formal 19H1 release.

Why this matters: While some features fall away in the course of development, the early builds are still a good way to gauge the direction of the OS. Given that the last few updates have been increasingly underwhelming, we’re all looking for hints of bigger things to come.

You’re probably aware that you can search within File Explorer, where Windows will scour a particular folder (or your entire PC) for a certain keyword. It can take forever, primarily because Windows doesn’t “index” many of your files until you tell it to, by using the built-in “Indexing Options” control panel. The Search bar in your Windows taskbar can be more efficient, though it defaults to common folders like Documents and Photos by default.

Now, a new “Windows search settings” will allow you to index the entire drive and make it available via the search box. It’s a time- and power-intensive process, at least on the first run, Microsoft warns. Those of you with slower PCs may not want to enable the feature, because of the additional strain continual indexing can place on a hard drive. But if you’re constantly looking for misplaced files, this Enhanced Mode for Search Indexer may be what you need.

Sticky Notes integrates with the cloud

Many of you have your own note-taking schemes: apps like Google Keep or Microsoft To-Do, Wunderlist or something else. Sticky Notes, like Notepad, originally functioned as a sort of casual note-taking app that appeared like a Post-It note. Microsoft built in a bit of intelligence, too, allowing Sticky Notes to parse URLs as clickable links—but the basic design mantra has been to keep it as simple as possible. Now, it’s received a bit more than just a face-lift.

Sticky Notes are no longer just separate entities, but can actually live together in a sheaf of virtual notes that are both searchable and live in the cloud. Not only does it appear that Sticky Notes will carry over from one of your PCs to any others (provided your PCs are all signed in with the same Microsoft account) but Microsoft’s providing a web app to collect them all: http://onenote.com/stickynotes. (Note that the site won’t be live for everyone quite yet, Microsoft says.)

And, as the screenshots indicate, Sticky Notes now has a a dark mode, too.

Because the current Windows 10 Snipping Tool lacked the ability to doodle and add notes, Microsoft felt compelled to ditch it entirely and start over. Eventually, Snipping Tool’s functions will be folded into a related app called Snip & Sketch, which Microsoft is busily improving. In 19H1, Microsoft is addressing Snip & Sketch’s lack of a delay feature, so you’ll be able to navigate through drop-down menus and other elements before snapping a screenshot.

Microsoft also added the ability to add a small border to the screenshot, to avoid pasting a white image into a screenful of black and white text; and the ability to quickly print right from within the app itself. The latter is especially welcome, as it previously required saving the screenshot in an app like Paint, then printing it. While you can manage all of these features from within the app, there’s a new Settings page, too.

Everyone knows that Windows 10 ships with a series of apps, some of which you may never use: Paint3D, for example. Previously, Windows allowed you to remove some apps, like Print3D and Skype, to tidy up your Start menu. Now, that list has expanded to include 3D Viewer (previously called Mixed Reality Viewer), Calculator, Calendar, Groove Music, Mail, Movies & TV, Paint 3D, Snip & Sketch, Sticky Notes, and Voice Recorder.

For literally years, Microsoft Windows 10 user controls have been spread between the legacy Control Panel and the Settings. Now ethernet has entered the fray. Within the 19H1 release, you’ll find the ability to manage a static IP address as well as set up a VPN from within the Settings menu.

Microsoft has also decided upon a universal symbol for a “disconnected” PC, which you’ll see on this shot of the Windows taskbar, down below.  If your PC isn’t connected to either ethernet, Wi-Fi, or a cellular connection, you’ll see that icon.

There are a number of other features within the upcoming 19H1 release that may not be as flashy, but could be equally significant:

New Windows Hello Settings page: The page to set up Windows Hello-capable devices (such as a fingerprint reader or depth camera) apparently is a bit too messy, so Microsoft decided to clean it up a bit.

Automated troubleshooters: If something goes wrong within Windows, such as a laptop mic refusing to function, Windows has a series of built-in troubleshooters that you can run to fix the problem. The problem is that you have find them, then choose the right one. Now, a setting in Settings > Update & Security > Troubleshoot uses diagnostic data your PC sends “to deliver a tailored set of fixes matching problems we detect on your device and will automatically apply them to your PC,” Microsoft says. This sounds intriguing, but the proof will be be in the pudding.

Microsoft To-Do gets ink support: The bare-bones app that Microsoft hopes will eventually replace Wunderlist now supports inking. You can handwrite your tasks into the app, and note completed tasks by lining them out.

Sign-in screen adds an Acrylic look: Acrylic, the “frosted glass” aesthetic that Microsoft began rolling out during the early days of Windows 10, now shows up as the background to the Windows 10 sign-in screen, too. It’s a nice look you’ll probably appreciate.

Task Manager indicates DPI Awareness: Microsoft’s process of adding intelligence to Task Manager continues with a new column: DPI awareness, a fancy name for showing you which apps are set up to scale properly when they’re dragged between a multi-monitor setup, possibly with different resolutions.

Tweaks to Narrator:  Microsoft said that reading and navigating within Scan Mode has improved, as has selecting text. Microsoft also tweaked some of the keyboard commands, and made changes to how the app behaves.

Correction: Microsoft merged the Fast Ring and the “Skip Ahead” track back together in October.