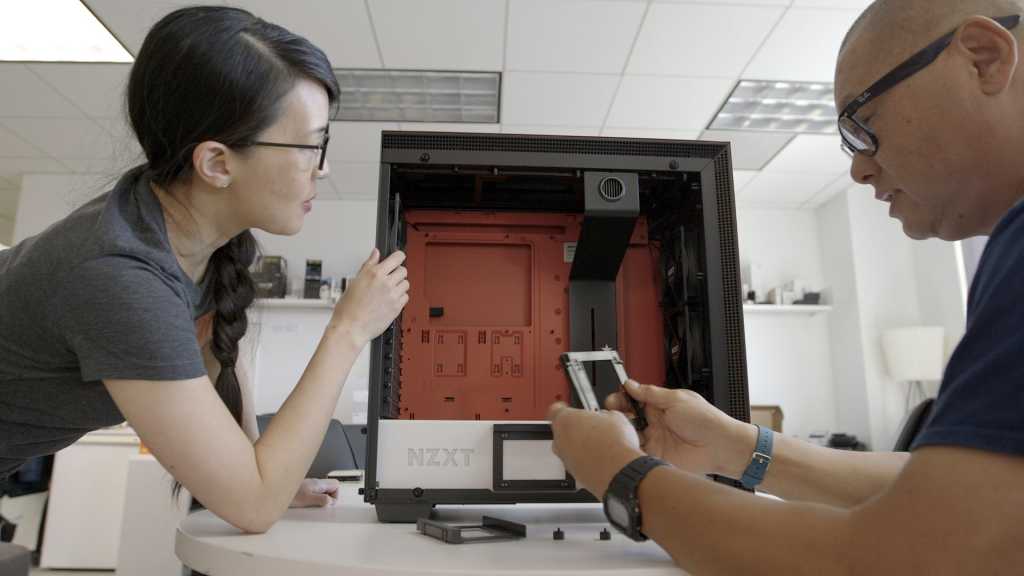 We’re back (at last!) with another live build, and November’s project is particularly special: It’s time to break free of our vault with a Fallout-themed gaming PC.

NZXT sent us one of their limited-edition H700 Nuka-Cola cases just in time for the release of Fallout 76, so we’re throwing together a machine where aesthetics reign supreme as our wallet cries in a corner.

Inside will be a Core i9-9900K paired with an Asus Maximus XI Hero, along with many RGB fans and some RGB RAM. Corsair’s RM750i and some custom braided cables will also make an appearance. Storage is still to be determined.

To kick off the project, we pulled our Nuka-Cola case out of the box and opened it up. (Carefully, of course, since this is one of just 2,000 made…and we won’t be the final owners of it.) Along the way, Adam discovered that his advice on opening the box was wrong, which I will never let him forget.

The next step was, of course, to put NZXT’s Nuka-Cola case to work. We got to work on Monday, Nov 12th and spent a leisurely four hours on the build. (Hard to build quickly when there’s pizza around.) In fact, we took so long, YouTube cut us off. Oops.

We also opened entries for a giveaway involving none other than the Nuka-Cola case! Enter to win now—the cutoff for entries is November 27 at noon PT.

After our live build on Monday the 12th, we livestreamed Fallout 76 on Wednesday, November 14th at 1:00 p.m. PT. It was a surprisingly pretty tame way to call it a warp on the build.

Alas, amidst the onslaught of the holiday season, we weren’t able to properly get the RGB lights set the way we wanted them. (A large part of the issue was buying the wrong kind of splitter cables, sigh.) Still, we had thoughts on this failure, and you can catch them below.