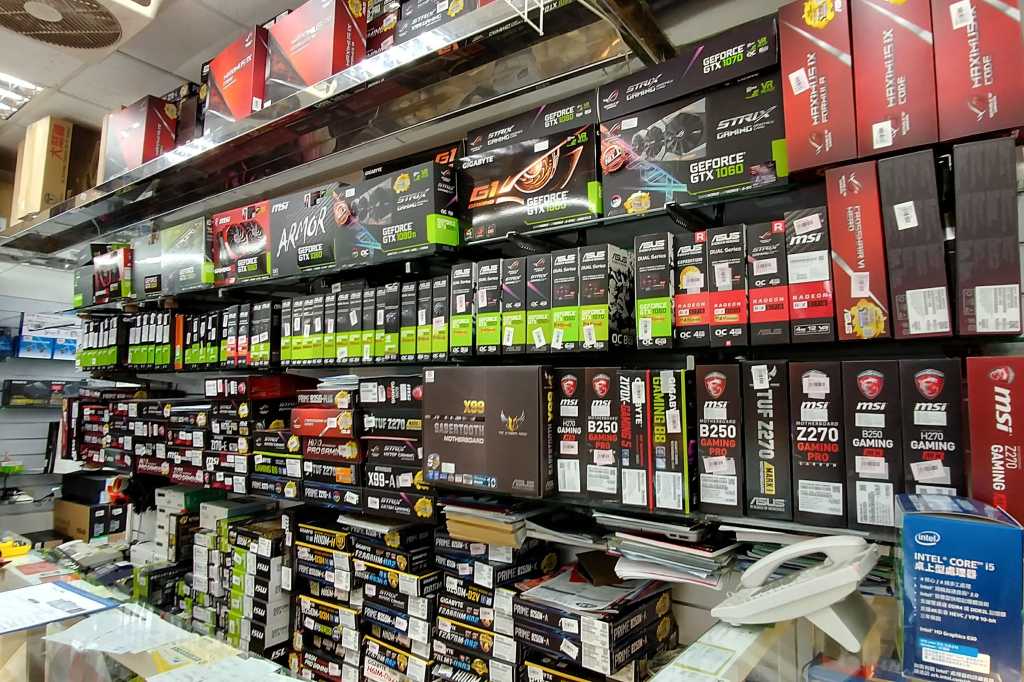 Ask the internet if you should wait until Black Friday to upgrade your PC, and you’ll get a stream of comments dismissing it as a time for good deals.

They’re not wrong, but they’re not right, either. Sure, if you’ve got your eye on a very specific part, your chances of a deep discount are generally a toss-up. It can be as likely you’ll get a better price at another time of the year as you will during Black Friday. The more niche it is, the rougher your odds.

But if all you care about is price and are semi-flexible on features for your components, you can chain together Black Friday deals for ultimate savings. In fact, you can go the full distance and build an entire budget PC for stupid cheap.

So which way should you go? Since the situation gets pretty confusing during the early weeks of November (when everything’s on sale but it’s not clear what’s an actual bargain), I put together some general guidelines to help. These should allow you to strike a good balance between sweet savings and waiting indefinitely for a discount that may never come.

Below is my advice for the most common PC parts that people upgrade, tailored specifically for Black Friday 2022. Current supply and demand issues are incorporated into the advice.

For components not covered on this list, you can hone your own ability to figure out sales trends (and just how to spot deals) by following the advice in our Black Friday FAQ.

Let us help you: If you do decide to wait for Black Friday deals, we’ll be tracking the best prices on PC parts during Black Friday, both in the lead-up and the week of.

Buy. New processors like AMD Ryzen 7000 and Intel 13th-gen Raptor Lake won’t enjoy any price cuts yet; they’re too new. Meanwhile, AMD’s last-gen processors are hitting their lowest prices ever. If you see a steep drop on a chip you want, grab it now. We suspect that AMD Ryzen 5000 chips (in particular, the 5600G, 5700G, 5600X, and 5800X, though we’ve seen sweet discounts on the 5800X3D and even 5900X) may come in and out of availability at fire-sale prices over the course of November, but there’s no guarantee you’ll be able to pick one up at such prices indefinitely. Get your gear while the getting is good.

Toss-up. If you absolutely must get a cooler for as low as possible, the week of Black Friday does offer better discounts on both air and closed-loop models. (Though typically, the price drops are bigger on the liquid coolers.) Previous years generally offered an extra $10 to $20 in savings, but there was never a guarantee that specific models would get a price drop.

Typically most discounts that spring up over the year are decent, so if the model you want is on sale before Black Friday proper (especially if at an all-time low), go for it.

Buy. Because many builders have brand loyalties, specific features they want, and additional form factor requirements, getting a killer bargain on your motherboard of choice can be like waiting to win the lottery.

Exception: If you’re buying a CPU too, you might want to wait. That gives you the opportunity to score a deal on the CPU, and possibly also an additional combo or bundle discount. It also pays to wait if you’re flexible with your motherboard requirements. Just be prepared to abandon any hope of keeping to a particular aesthetic.

Toss-up. Graphics cards have been plummeting in price, but the discounts haven’t applied equally across the board. (In fact, some of the downward swing we saw in October seems to have reversed some in November, depending on which model we’re talking about.) The sweet spot seems to be the high-end Radeon 6000 series cards (some versions of the $1,000 6900XT currently sit between $650 to $700!), but you can find deals on other Radeon cards and some mid-range Nvidia GPUs, too. Don’t expect additional huge cuts over the course of November, but if you’re flexible, waiting could still pay off.

Wait. Prices are good right now, but if Amazon’s recent Prime Day discounts were any clue, we’ll see even better prices across capacities (including 2TB!), form factors, and interfaces during Black Friday, or at least the week of Black Friday. The exception to this guideline is if you have a specific brand and capacity you’re after that doesn’t often go on sale. For those SSDs, buy as soon as the price drops by a solid amount.

Depends on capacity. Hard-disk drive prices on drives that are 2TB or smaller don’t generally go on sale at steep discount, even during the week of Black Friday. You won’t see a staggering difference between those deals and general sales throughout the year. Our rule of thumb is that a name-brand 1TB drive for $35 and a name-brand 2TB for $50 are good sale prices.

For higher-capacity drives, they rarely get sizable discounts–except for big sale days like Black Friday and even Prime Day. It can be worth seeing what discount you get during the week of the 25th. A 20-percent discount is a good deal, but take a look at sites like Camelcamelcamel.com and Slickdeals.com to get an idea of previous historical trends.

Toss-up. Prices on DDR4 memory have held stable throughout the year, but you can get further discounts during Black Friday. If you don’t have a particular brand and type in mind, it doesn’t hurt to wait. We’ve already spotted 32GB of non-RGB RAM for under $80, and we expect 32GB of RGB RAM to be around $100. It likely won’t drop too much further, so you can either buy now or hold out a little longer. It just depends on your mindset and the timing of your build.

For DDR5 memory, it could be worth your while to wait—prices are still higher on this faster, newer memory, and it may be possible to see a return of bundle deals with Ryzen 7000 CPUs (as Micro Center offered not long ago).

Toss-up. Not all cases go on sale, so your buying mindset determines if it’s worth waiting or not. You can generally save a nice chunk of change by waiting if you don’t care about brand and/or just want a super-budget case.

But if you want a particular model that doesn’t often go on sale, and and it hits its last historical low (or near it), don’t hesitate. To determine if it goes on sale often or not, check out the data available on Camelcamelcamel.com and Slickdeals.com. So far we haven’t seen many eye-popping deals, but that’s not to say one couldn’t come before the 25th. Be ready with your spec requirements and know what you want, and that will make deciding when to buy easier.

Toss-up. In general, if you prefer a specific manufacturer (much less specific model), don’t wait if you see what you want go on sale. If it’s a good price relative to previous deals, pull the trigger.

But if your requirements are a little more flexible, you can save by waiting. Just be aware that power supply deals aren’t numerous. In previous years, you saved the most on non-modular power supplies that were 550W or less, with an 80+ Bronze rating (or lower). You can also still find bargains at higher wattages, but the models that get a discount tend to completely random.

Toss-up. Most people end up zeroing in on specific models for monitors, and in such cases, it’s not worth passing up a good deal on what you want in the hopes it’ll get better during Black Friday. If your research says the deal is a solid one, go for it.

If you instead have a set of general criteria—e.g., 1080p, 144Hz, G-Sync, 24-inches—then it can be worth your while to wait. Like cases and power supplies, the monitors that go on sale tend to be scattershot, and you’ll make out best if your criteria aren’t too rigid or tied to a particular manufacturer. Still, do your research in advance anyway, so that you have a better idea of what the best models are. We’ve seen an increase in gaming monitor options in particular, and teasing out what’s best for you can take a little digging.

When doing research (or checking out a deal), be aware that VA and IPS panels with high refresh rates are common now. You’re no longer stuck with a TN panel if you want a 120Hz or faster display. Also, beware of vendors being sneaky about their labeling—some don’t clearly distinguish between G-Sync and G-Sync compatible (aka FreeSync). If the price looks too cheap for actual G-Sync, it very likely is.

• Write down the parts and the features in them that you want. Even if you have a specific component in mind, you may still find yourself wondering whether a different sale option is better. This list will make it easier to compare.

• Cutthroat bargain hunters should have their shopping lists researched and set ASAP. Many major retailers this year are releasing their deals in waves, so forewarned is forearmed.

• You can hedge your bets by waiting to use your PC parts and shopping strategically: That is, at stores that allow returns of unopened items, have extended return windows, don’t charge restocking fees, and don’t cost you much in shipping or gas when returning items. Just be aware that if you make too many returns at some stores, they can ban you from shopping there. So don’t go overboard or make it a frequent habit.