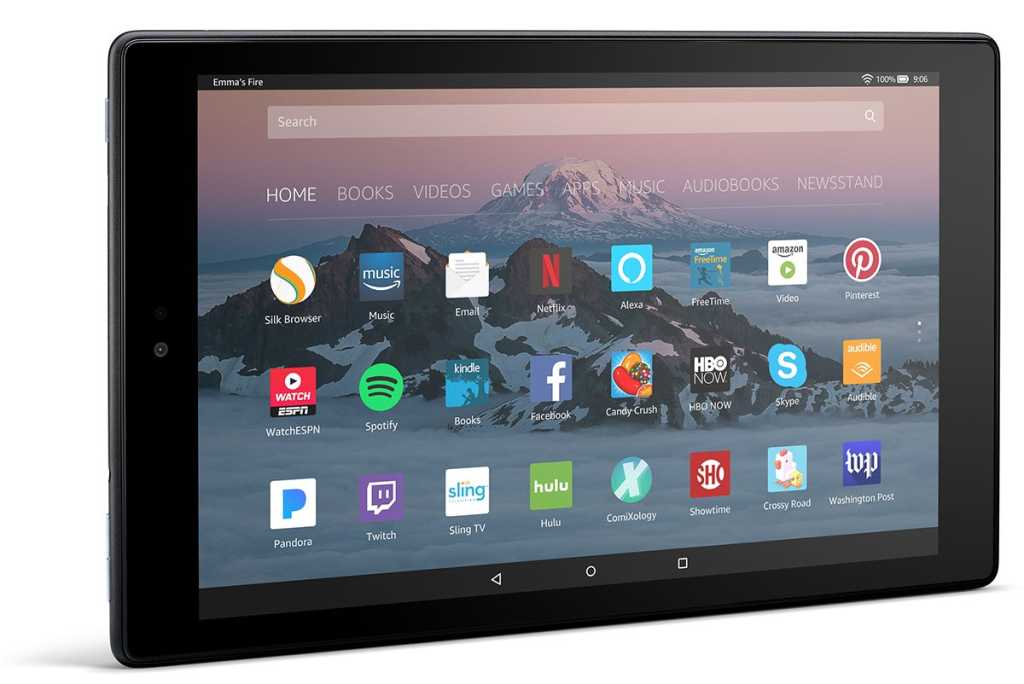 Somewhere between 2010 and 2018, tablets became about as exciting as a new couch. Still, just like run-of-the-mill desktops and laptops, these “home computing appliances” are still useful devices to have. Today, Amazon’s selling the base model of the Fire HD 10 Tablet for $100. That’s $50 off and the same sale price we saw on Black Friday.

This tablet features 32GB of onboard storage, a 10-inch 1080p display at 224 pixels per inch, and a 10-hour battery life claim. It’s also rocking front- and rear-facing cameras, and Amazon’s Alexa digital personal assistant for checking the weather, setting an alarm, opening an app hands-free, and controlling your smart appliances.

This is the version of the tablet with special offers, meaning Amazon will put advertising on your lockscreen similar to other Amazon devices such as the Kindle.

The latest version of the Fire HD 10 rolled out in September 2017. It upgraded the display, base storage, and the processor to better compete with Apple’s 9.7-inch iPad. While there are still significant differences in fit and finish between the two, the Fire HD 10 is a great bargain tablet. It has a wide selection of apps, a nice display, and the minimum amount of storage you need to make a mobile device usable. It also ties into Amazon’s storefront and all the various benefits for Prime members, such as Amazon Prime Video, Music, and the Kindle Lending Library.