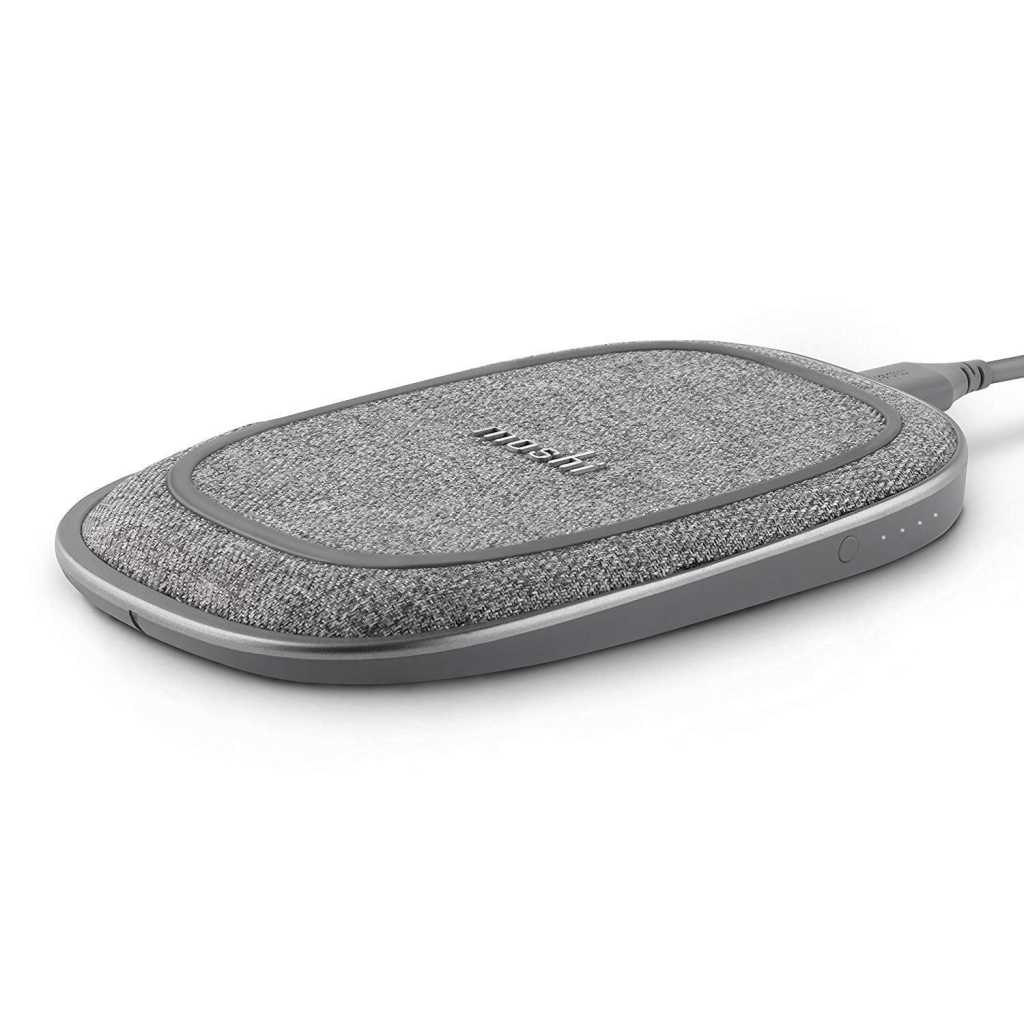 Moshi
At a Glance

Moshi designs some of the best-looking phone accessories on the market. One look at the Moshi Porto Q 5K Battery Pack ($85 on Amazon), and you can tell the company takes pride in its overall approach to product aesthetics.

The Porto Q 5K is covered in a cloth material. A complementary rubber ring found on top of the power bank holds your smartphone in place when the wireless charging feature is in use. This prevents notifications and general vibrations from nudging the phone off the pack and onto the floor.

The Porto Q 5K sports two ports: a USB-A port to charge another device, and a USB-C port that’s used solely to charge the battery pack itself. The USB-A port is capable of up to 12W charging speeds, but falls short of triggering rapid charging on a Pixel 3 XL or a Samsung Galaxy S9.

I couldn’t find any specs for the wireless charging speed on Moshi’s website, the Amazon listing, or in the product pamphlet included in the box. However, I believe it’s 5W. The pack wirelessly charged an iPhone XS from 0 to 31 percent over an hour and charged a Galaxy S9 up to 73 percent before it eventually ran out of power.

In other words, don’t expect to quickly top up any of your devices through wireless or wired charging with the Porto Q 5K.