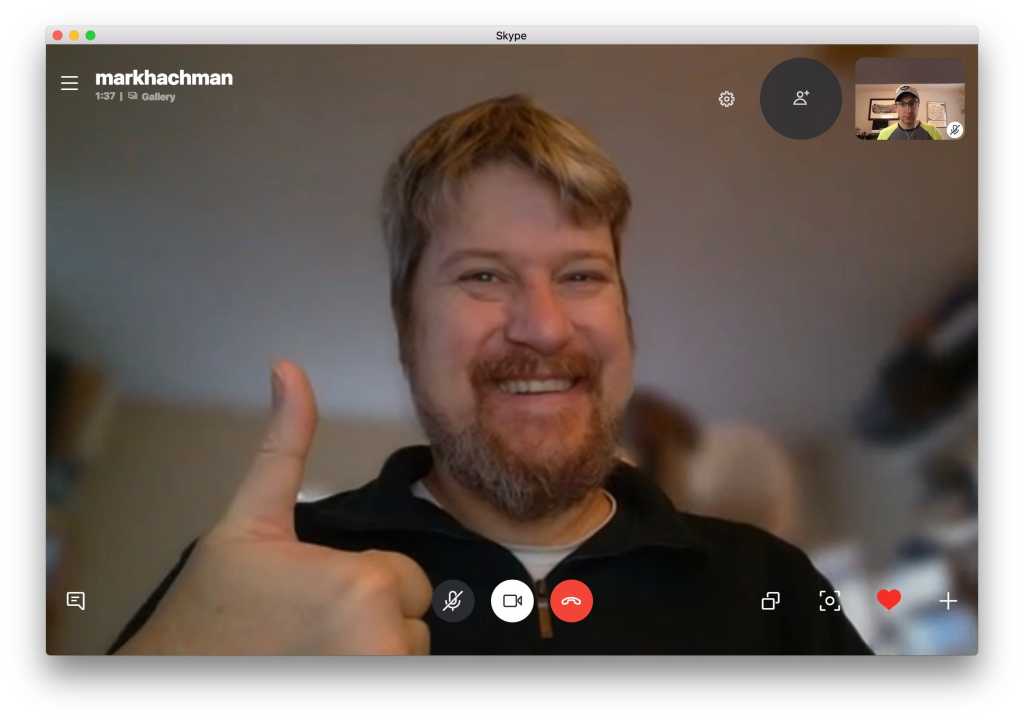 Microsoft has rolled its long-awaited background-blur feature to Skype for the PC and Mac, returning the focus to you and away from the clutter that can distract video callers.

Microsoft brought background blurring to Microsoft Teams last year, promising that it would end up on Skype soon after. Now it’s available on what Microsoft calls Skype (version 8) on Windows, Mac, and Linux—or what you might know as the traditional Skype app. It’s also available on the built-in version of Skype for Windows 10, which Microsoft confusingly refers to as Skype for Windows 10, version 14. (The upshot is, you should have it.)

Skype’s background blurring is essentially portrait mode for video calls, using artificial intelligence to separate you—your hair, arms, glasses, and the like—from whatever’s cluttering up your background. As you can see from the screenshots, background blur did an excellent job separating me from the assorted detritus of my home office: a summer fan, treadmill, and assorted boxes.

Microsoft says that background blurring can be enabled with just a right-click on the video stream, or alternatively with a simple toggle. You can also just switch it on within the Skype settings menu, as seen here.

It’s not clear whether Microsoft plans to add background blurring to the Skype platforms for the smartphone, such as Android or iOS. Keep in mind that while Android and iOS already have excellent portrait modes that blur the background, neither can apply blurring to video—yet. (The Huawei Mate 20 and Mate 20 Pro feature a proprietary bokeh video mode that blurs the background in a video.)

What this means to you: Skype’s background blurring doesn’t totally obscure what’s behind you the way a green-screen effect would, but it’s effective at keeping the focus on what matters. It’s a handy and welcome addition to Skype, and simple to toggle on and off.