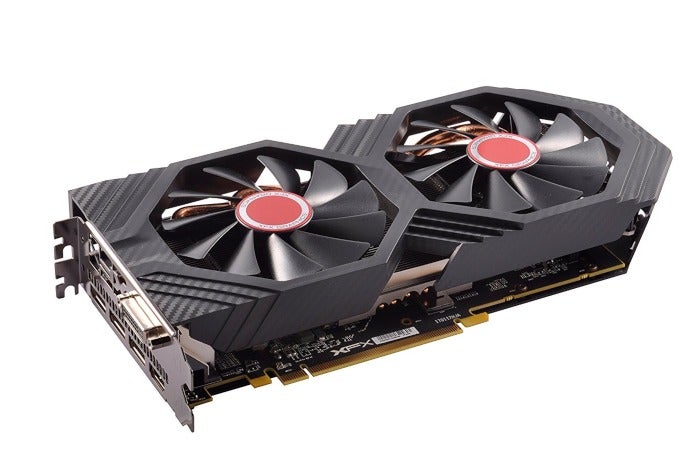 Remember when it was nearly impossible to secure a new GPU because of the cryptocurrency boom? Those days suddenly seem long over, as both AMD and Nvidia have warned of excess GPU inventory they’re trying to unload.

On Monday, Nvidia preannounced lower revenue for the fourth quarter, based on lower demand for its RTX ray-tracing technology and “excess mid-range channel inventory” of its GPUs. On Tuesday, AMD also said that while it expected its CPU business to perform strongly, it, too, is facing an oversupply in the retail channel for its GPUs.

When the two top GPU vendors warn of too much available inventory, there’s only one traditional answer: Graphics card prices are falling, and they will likely will continue downward.

“When we look at the GPU channel inventory, we do believe our channel partners reduced inventory in Q4, and that they will reduce inventory in Q1,” AMD chief executive Lisa Su told analysts Tuesday afternoon. “We still think that Q1 levels are elevated, and there will be some spillover into Q2, where we’ll see some elevated inventory levels. We’ll have to see how the sell-through really plays out.”

For its part, AMD reported fourth-quarter profits of $28 million, up from a loss of $19 million a year ago. AMD reported revenue of $1.42 billion, up 6 percent from the same period a year ago. But the company’s forecast of $1.25 billion is driven by “continued softness in the graphics channel” and “lower graphics sales due to excess channel inventory.”

It was a positive story for AMD, which several years ago faced quarter after quarter of losses. Now, AMD said that 65 percent of sales were coming from new products, and the company has its 2019 product lineup ready to roll. The Radeon VII is set to launch in February (with its next-gen GPU, Navi, scheduled for “later this year”). Second-gen Ryzen Mobile parts, with 3rd-generation desktop Ryzen desktop CPUs and the next-gen “Rome” Epyc server architecture, are due in the middle of 2019.

“No longer are we asking if ‘AMD will survive’ or ‘if AMD will be back,’” analyst Pat Moorhead wrote in an email. “AMD is back for a while and now it’s up to AMD to prove it has staying power.”

For the fourth quarter, and potentially the first quarter of 2019, AMD will build its business on the back of its CPUs, specifically Ryzen, though that success will be offset by lower GPU sales. Over time, AMD expects that its Epyc server products, bolstered by 7nm CPU and GPU products, will begin carrying more of the load. (Revenue from AMD’s semi-custom business was flat at $433 million, due to the fact that most consoles are on their seventh year of life, executives said.)

Specifically, Su said that 30 percent more Ryzen systems are expected to launch in 2019, compared to 2018. Notebook system launches are expected to increase by more than 50 percent, she said. (Both Intel and AMD said they will expect to see continued shortages in the processor market, but confined to the low end.)

As for Nvidia, the company doesn’t expect to report its own earnings until February 14, when we’ll know more about its own GPU pricing, now and in the future. Until then, Nvidia chief executive Jensen Huang summed up the quarter in this way, in a statement: “Q4 was an extraordinary, unusually turbulent, and disappointing quarter.”

Nvidia also indicated that the market reception for its RTX ray-tracing parts isn’t as strong as the company expected. “These products deliver a revolutionary leap in performance and innovation with real-time ray tracing and AI, but some customers may have delayed their purchase while waiting for lower price points and further demonstrations of RTX technology in actual games,” the company said.

AMD is looking more and more to the data center to drive profits, and Nvidia has also shifted resources to workstations and the cloud. But the blockchain/cryptocurrency technologies that once made GPUs so hard to find are apparently disappearing—Su referred to “negligible blockchain revenue.” Nvidia’s previous guidance for the fourth quarter built in “a sequential decline due to excess mid-range channel inventory following the crypto-currency boom.”

It’s no secret that GPU prices have already begun falling, and the trend apparently will continue. Over the last three months, the price of Amazon’s top seller in graphics cards, the XFX Radeon RX 580, has fallen from a high of $260 to $189. The Gigabyte GeForce GTX 1060 Windforcespiked briefly to $250 near the holidays, but is currently at half off the MSRP at $190—even while sales of used cards remain high.

With Nvidia’s statement about lackluster RTX demand, it seems reasonable that products like the EVGA GeForce RTX 2080 XC may continue to show a bumpy decline to lower prices, too. (It’s currently priced at $779 on Amazon.)

How long will the oversupply (and potentially low GPU prices) continue? In response to analyst questions, Su said that by the second quarter, Su said she expects that AMD will see improved GPU channel inventory levels, then return to sequential growth. While it’s possible that some of AMD’s older GPUs will continue to enjoy low prices, AMD is banking on demand for its Radeon VII, and eventually Navi, to boost prices once again.