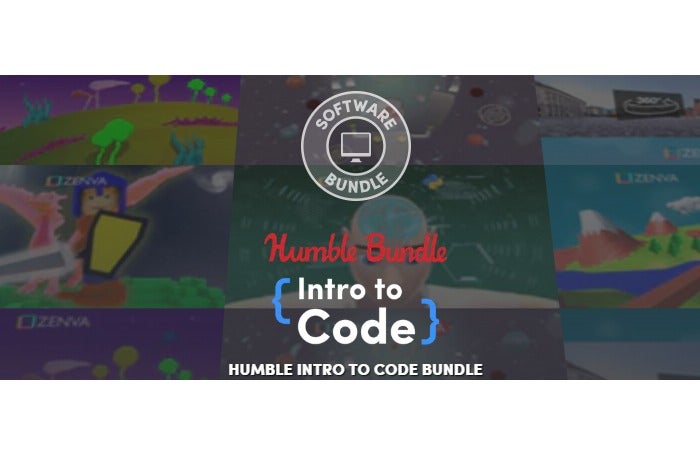 If you’ve ever wanted to learn how to code, you won’t want to miss this Humble bundle. The Humble Intro to Code Bundle gives you access to up to 25 online courses from Zenva Academy including lessons in game and web development, and languages such as Python, JavaScript, and frameworks such as AngularJS. Most courses are valued around $50 or more on their own so this appears to be a great deal for budding programmers, though we haven’t sampled these courses ourselves. Better yet, a portion of your payment will be donated to Girls Who Code and Code.org.

The initial tier allows you to pay $1 or more to get five courses, including access to a Python course, an introduction to game development, and creating a responsive website to learn HTML and CSS.

Paying more than the average, which stood at $14.54 or more at press time, adds another eight courses. Some of the highlights at this level include a beginner SQL course for all you database fiends out there, 3D game development, and an AngularJS course where you create a web app.

Finally, the $25 top tier adds another twelve courses including, jQuery, Bootstrap (a web framework that got its start as a Twitter project), and courses in virtual reality and artificial neural networks.

Again, we haven’t tried any of these courses, but they don’t appear to be your typical “learn X” language where you study the basics of, say, JavaScript and do a bunch of mini-projects. Instead, they focus on larger projects that happen to use whatever tool is required for the job. Keep in mind these are introductory courses, which are designed to get you started on the long road to development mastery. These courses have enough content to keep you busy for a long time and give you a better sense about what kind of development you’d rather do.