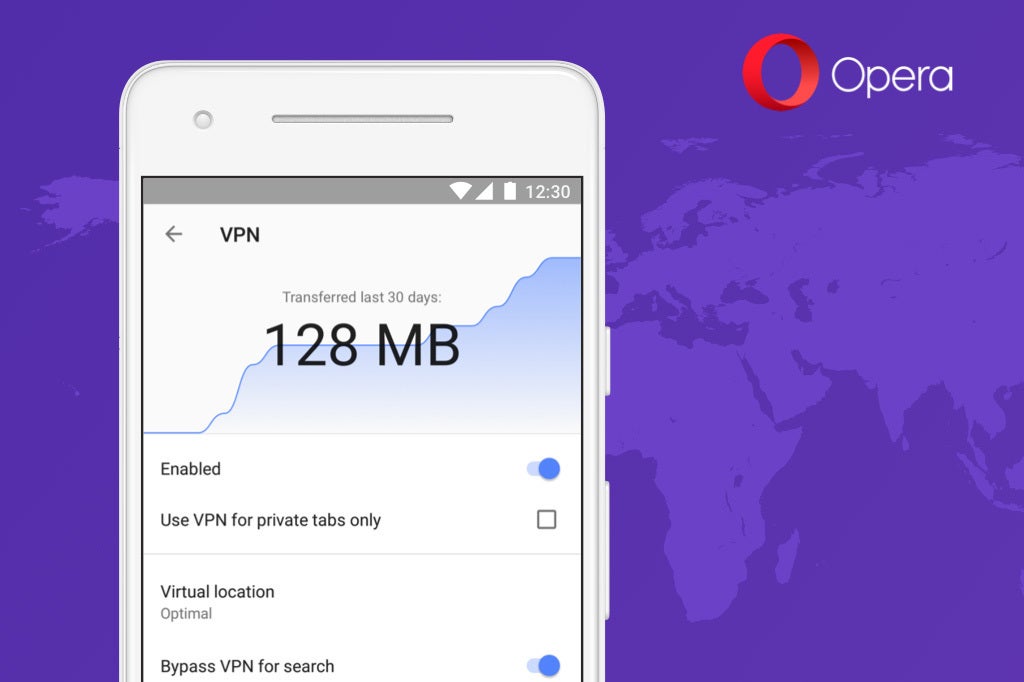 When Opera announced that it was shutting down its VPN app for iOS and Android last year, it appeared as though it was gone forever. In fact, Opera directed users toward SurfEasy Total VPN with deep discounts on subscription plans. Apparently, Opera thought better of that idea, because it’s bringing its VPN back.

There are a few caveats though. For one, it’s still in beta mode. For another, it’s only available within the full Opera browser (not Opera Mini) on Android phones. But otherwise, it’s just as free, unlimited, and easy to use as the standalone app that was shuttered in April. And it’s basically just like the desktop version expect on your phone.

To try it out, you’ll need to download the Opera browser beta, which is separate from the Opera browser. Once you install it on your phone, tap the “O” icon ion the bottom right corner of the screen, tap Settings, and flip the VPN toggle from Disabled to Enabled. Inside the VPN tab there are a couple of options for limiting VPN to private tabs, choosing a virtual location, and bypassing it for search engines, as well as a snapshot of how much data has been transferred, but mostly it offers automatic protection with virtually no fuss. You don’t even need to sign in to an Opera account to start using it.

The VPN functions as expected. When enabled, it replaces your IP address with a virtual one to make it more difficult for websites to track you. It also is a “no-log service,” Opera promises it won’t collect any information routed through its servers.

It’s unclear how long the VPN will stay in beta, but Opera says tests will continue “for some time.” Also unclear is whether Opera will offer a paid subscription tier like before, which promised faster speeds and more regions.

Why this matters: In the age of data leaks and ad tracking, a VPN can be an excellent line of defense against bad actors and unscrupulous sites. Opera’s VPN might not be as full-featured or versatile as some other VPN’s, but it’s hard to beat its simplicity and ease of use. Check out PCWorld’s roundup of the best VPNs for a deeper look at the category.