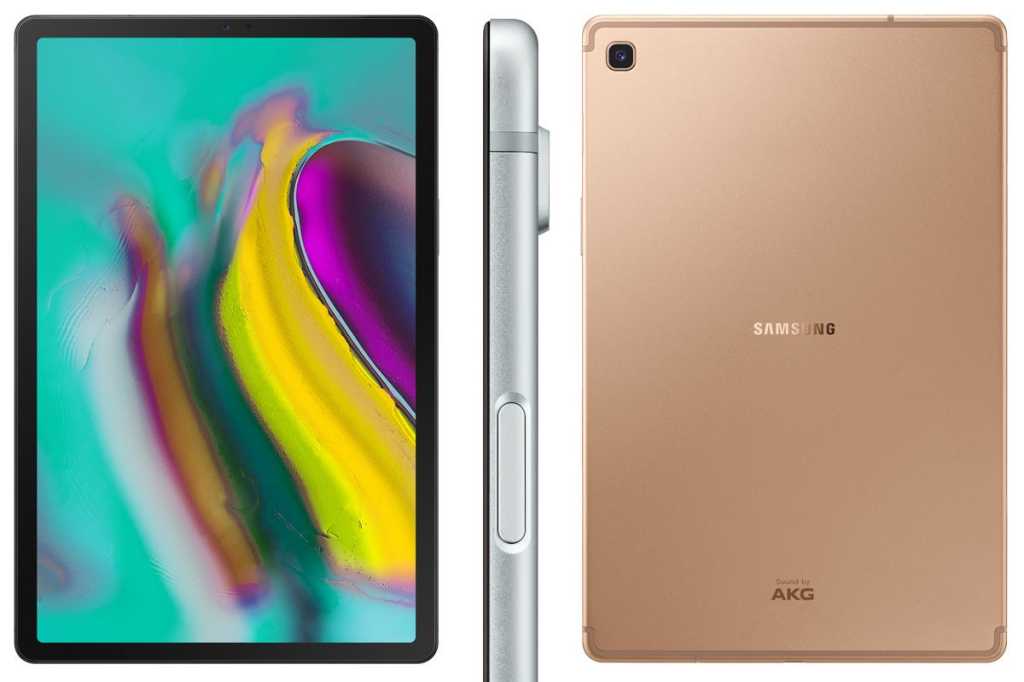 Forget folding phones, Samsung might have finally made an Android tablet you want to buy. Instead of updating last year’s Galaxy Tab S4 with a Snapdragon 845 processor and slimmer bezels and calling it a day, Samsung took a different path with the Galaxy Tab S5e, adding an “e” to its name to emphasize its lower price tag.

Just like its rumored Galaxy S10e phone, the Galaxy Tab S5e is Samsung’s version of affordable premium, bringing high-end parts and features for just $400, or $250 less than the Tab S4. And on paper, the Tab S5e doesn’t give up too much to its higher-priced sibling:

Two things on the Tab S5e’s spec sheet stand out: Its display and thinness. Not only does the Galaxy Tab S5e have the same brilliant 10.5-inch OLED display, it’s about 25 percent thinner than the S4. It’s even thinner than the iPad Pro. Add that to its 400-gram weight, and you’ve got not only Samsung’s lightest and thinnest tablet, but one of the holdable tablets on the market.

Also like the iPad, the Galaxy Tab S5e’s back is made out of metal rather than glass, which should cut down on the slipperiness as compared to the S4. It also borrows the color palate from the iPad Pro, adding a gold color to the standard black and silver.

Despite having the same display as the S4, the Tab S5e has a more modern look, with rounded corners that give it a sleeker, more refined aesthetic. It’s also got Dolby Atmos support and four AKG-tuned speakers for “immersive 3D sound and professionally balanced audio,” and a 14.5-hour battery for all-day streaming.

Samsung also brought Bixby 2.0 in the S5e, the first time Samsung’s assistant has made an appearance in a tablet. You won’t find a dedicated Bixby button like on the Galaxy S9, but you will get a fingerprint sensor built into the power button. A set of pogo pins are also present for connecting a keyboard, and Samsung has built in DeX support as well, so you can use it like a PC when connected to an external display.

But the Galaxy Tab S5e’s best feature might be the most surprising of all: the OS. The Tab S5e runs Samsung’s new One UI, which is based on Android 9 Pie. Samsung hasn’t confirmed whether One UI on the Tab S5e will have night mode or gesture navigation, but even without those features, it should represent a massive upgrade over the Tab S4’s Oreo interface. On Galaxy phones, One UI brings a refined aesthetic and smart interface that shifts content and menus to make apps more intuitive, and moving it to tablets is a logical and important step toward building an iOS-like ecosystem. Samsung also highlighted the Tab S5e’s ability to sync with your Galaxy phone for call and message continuity.

Samsung says the Galaxy Tab S5e will go on sale in the second quarter of 2019 in both Wi-Fi and “carrier-connected” models.