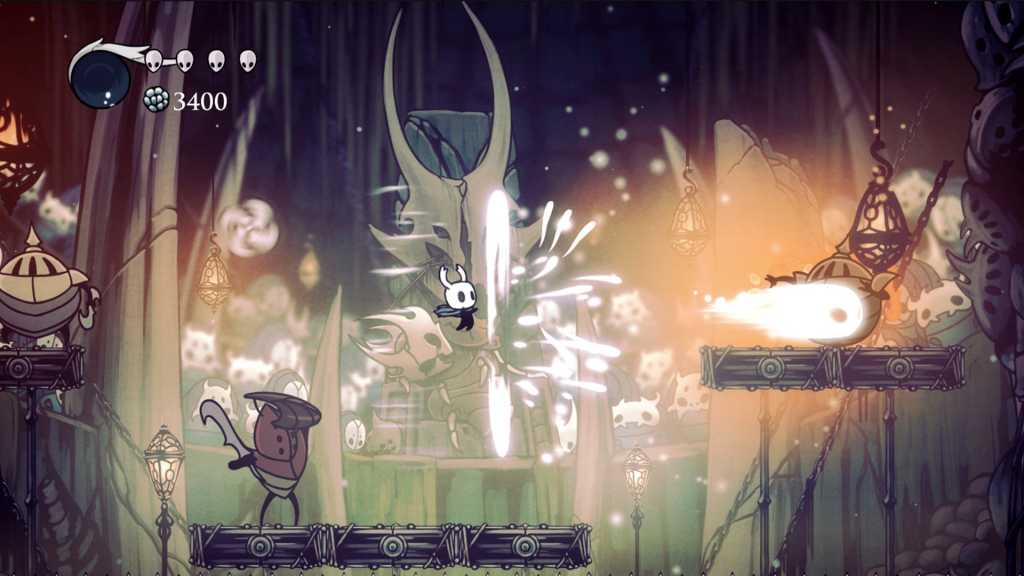 What did I miss? Sorry, I’ve been locked in a room for the last week or so, finishing up our reviews of Metro Exodus, Far Cry New Dawn, and Crackdown 3. Was there news this week? Does anything exist, outside those three games?

Apparently so. There’s a Hollow Knight sequel in the works, EA’s got Neill Blomkamp to make a spiffy live-action Anthem trailer, and Harmonix has a new VR game, plus some brief notes about this week’s ugly Activision layoffs to wrap it up.

For the patient antiterrorist

Not jumping on any of this week’s releases? There’s still something for you to play this weekend, namely Rainbow Six Siege. Yes, Ubisoft is running yet another free Siege weekend in tandem with this weekend’s Six Invitational. There’s also a new map, Outback (below), and two new operators—plus Ubisoft’s reworked the pricing structure, so you can get the standard base version of Siege as cheap as $20. There’s never been a better time to get into the best shooter of this generation.

Big sequel news this week, at least if you’re a fan of Hollow Knight. Just about two years after the initial release, Team Cherry’s announced a sequel, titled Hollow Knight: Silksong. This time around you’ll be playing as Hornet, fellow needle-wielder from the original, as she flips and twirls through a new bug kingdom. And even wilder, anyone who backed the original Hollow Knight on Kickstarter will receive Silksong for free.

Do you like live-action trailers? Because EA shelled out a lot of cash for this one, I imagine. Titled Conviction, EA enlisted the help of District 9 director Neill Blomkamp to put this four-minute short together. It’s very pretty, albeit light on substance. Maybe EA’s trying to see if there’s any interest in a feature-length film?

Speaking of films, Ni No Kuni is getting the big-screen treatment later this year. Developer Level-5 is working on an animated film set in the same universe, which is a fascinating development given Studio Ghibli helped out on the cutscenes for the original game. It’s like the concept’s come full circle now. The Japanese release is planned for this summer, so keep an eye out.

Once more unto the breach

Verdun sequel Tannenberg released this week, a fact you might’ve missed amid all the commotion around much larger games. Why they chose this of all weeks to emerge from early access, I don’t know, but you can grab the realistic World War I shooter from Steam now, or check out the trailer below. I’m hoping to get around to this one once things calm down a bit, though with small multiplayer games like these it’s always best to get into them at the start, when the population’s a bit higher. Otherwise you might miss your chance.

THQ Nordic continues its path to games industry domination, this week snapping up Kingdom Come: Deliverance developer Warhorse Studios. That’s it. That’s all the news, really. It’s not much of a surprise, given Deep Silver (and therefore THQ Nordic) published Kingdom Come, but hopefully this means another well-funded and well-supported game from Warhorse in the near-ish future.

And now we wait, hmm, probably two weeks to hear who or what THQ Nordic’s acquiring next.

On the opposite end of the spectrum, Starbreeze ducked out of a publishing deal this week, selling the rights to System Shock 3 back to OtherSide Entertainment. Starbreeze is of course undergoing some massive financial troubles of its own, so I’m sure this cash influx (however small) comes in handy at the moment. We’ll have to see whether OtherSide finishes System Shock 3 on its own or seeks out a publisher, especially in light of last year’s disastrous Underworld Ascendant launch.

The war has been delayed

We just wrote about Total War: Three Kingdoms less than a month ago, and I’d started to feel the smallest bit of excitement about its romantic take on Chinese history. Temper that excitement though, as Creative Assembly announced this week that Three Kingdoms is delayed. Originally set to release a few weeks from now on March 7, it’s now scheduled for waaaaay out on May 23. Hopefully the extra wait means a smooth and polished launch though, as that’s been a notorious thorn with Total Wars past.

The other pink post-apocalypse

Far Cry New Dawn might’ve beat them to the pink post-apocalypse punch, but Rage 2 is still shaping up to be one hell of a game I think. This week Bethesda published nine more minutes of “pre-beta” footage, including a bit more of Avalanche’s driving segments (including some sort of hoverbike) as well as a lot of fast-paced shooty action. Needless to say it looks beautiful as well.

It’s been a while since we’ve heard anything from Harmonix, but apparently the studio (now independent) is continuing to explore virtual reality. Its next game Audica seems similar to Audioshield, Soundboxing, or the insta-hit Beat Saber, swapping out shields/boxing gloves/we-can’t-call-them-lightsabers for guns but keeping the same “Hit targets in time with the beat” mechanic. I’m curious to give it a try, though hopefully there’s support for custom soundtracks. Otherwise it’s hard to imagine it dethroning some of the more established genre favorites.

Barely a week after the release of Apex Legends, players have already uncovered an Easter egg. Like Titanfall before it, Apex Legends has some fun with Nessie, the creature at the bottom of Loch Ness. Shoot the ten tiny Nessie dolls hidden around the map (in a specific order, no less) and a full-sized Nessie appears. So that’s cool. Check out the clip from GarbageKogMain below. (Via PC Gamer)

And finally, let’s take a moment to consider the hundreds of people laid off by Activision this week. It’s dismal, and unconscionable. Activision CEO Bobby Kotick literally started this week’s earnings call by saying “Our financial results for 2018 were the best in our history,” and then within minutes came news the company was laying off about eight percent of its workforce—a number that amounts to about 800 people total—all so Activision could reach its “full potential.”

So yeah, there’s other Activision news this week. That same earnings call had some stuff about Diablo in it, as well as Call of Duty. But you’ll have to find that news elsewhere, because at least for this week we’re going to focus on the workers at Activision, the people who helped make those games for years and were let go because, I don’t know, the shareholders needed 2019 to be a record year too or whatever.

Even in an industry plagued by instability, this is perhaps the biggest middle finger I’ve ever seen a company give its own workers—right up there with last year’s Telltale disaster, at the very least. Best of luck to everyone affected, and might I recommend an alternate path?