In general, though, both devices are essentially spec bumps over their predecessors. The Matebook X Pro’s additions include Thunderbolt 3.0 capabilities, a downgraded Nvidia GeForce MX250 GPU, and Whiskey Lake. The Matebook 14, meanwhile, looks a lot like the Matebook 13 that came before it, though obviously with a larger display. The 13.9-inch Matebook X Pro (2019) takes the similarity even further: Huawei executives said that the hardware chassis remains essentially unchanged from the prior generation. 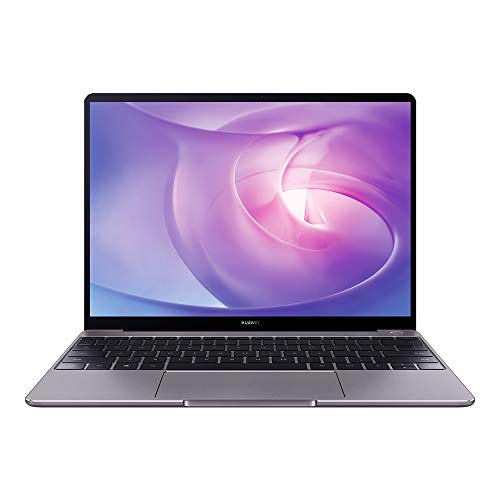 That’s somewhat disappointing from an innovation standpoint, as it feels like the Matebook X Pro (2019) simply fixes some of the shortcomings of its predecessor. On the other hand, both the existing Matebook X Pro (2018) and Matebook 13 represent terrific value for the money, and hopefully nothing’s changed in that regard.

We’re told an official ship date will be released sometime after MWC, though May sounds most likely. We don’t know the prices of the new models, but the earlier Matebook X Pro cost $1,499 for the Core i7 model we reviewed, and $1,199 for the Core i5 version.

The “OneHop” conveniences somewhat tweak Windows’ own, such as the ability to transfer content wirelessly between phones and the PC using the existing Your Phone app. But in what we saw, Huawei’s gone the extra mile to add niceties that Windows has yet to provide.

There’s one apparent catch: Though the GeForce MX250 graphics option sports a higher model number than the MX150 it replaces, it’s a slower part. The MX250 includes a smaller number of texture management units (24 versus 32), and also runs at 937MHz vs. 1,227MHz for the MX150.

Footprint was one of the watchwords of the Matebook 13, as Huawei used techniques like a full, spacious keyboard (with 1.2mm of key travel) and a high screen-to-body ratio to give the appearance of a larger notebook within a compact form factor. Here, too, Huawei’s FullView display uses a 91 percent screen-to-body ratio, pushing the screen bezels to slivers. This leaves no room for a user-facing camera in the traditional bezel position, so it pops out from the keyboard, as before. Four speakers should push out a hefty volume of audio, powered by Dolby Atmos technology.

We were told that the Matebook X Pro would offer a 1TB SSD option, though that wasn’t available on the spec sheet Huawei provided. We’ll have to see if that option becomes available.

Huawei’s Matebook 14 offers a screen-to-body ratio of 90 percent, with a 14-inch screen that offers the same resolution as the Matebook 13’s: 2160×1440. As you might expect, the light output’s a bit lower, or about 300 nits. (We consider 250 nits the minimum comfortable brightness for everyday use.)

Huawei offers both a Core i5 and a Core i7 Whiskey Lake processor from which to choose, as well as an option to use either the integrated GPU or the Nvidia GeForce MX250. Again, note that the MX250 is actually a less powerful GPU than the MX150, though the name would imply otherwise.

Unfortunately, we don’t have an official ship date or price for the Huawei Matebook 14. There’s an additional color option not available on the Matebook X Pro, however: rose gold.

Connecting the phone to the PC with OneHop

A new feature for the Huawei Matebook lineup is OneHop, a way of transferring content quickly between the Matebooks and other Huawei phones. (The apps are specific to the two Huawei platforms, Huawei executives said.)

Huawei also added a three-finger swipe gesture to the two Matebooks, allowing you to capture a screenshot by swiping down the screen. Doing so allows you then to highlight an area of the screen and save the contents. Huawei says it can also parse any text you may have captured.

That image (or images) can then be sent to a Huawei phone via OneHop, which uses an NFC sticker to facilitiate a Wi-Fi Direct connection between the two devices. Any images can be sent bi-directionally. Shaking the phone during a streaming video or Skype call can capture a few seconds to share. Finally, users can also share anything captured on the clipboard.

Unfortunately, Huawei’s been at the center of international concerns over how closely it holds your data. The U.S. government has repeatedly warned other governments not to use Huawei devices and telecommunications equipment. In January the U.S. Department of Justice charged the company with fraud and theft of trade secrets, including Huawei Device USA. (During our briefing, the company declined to comment on any of these issues.)

Huawei’s legal standing certainly isn’t as stable as its competition’s. But the two new Matebooks look to be on much more solid ground. We hope to review both devices over the coming months.