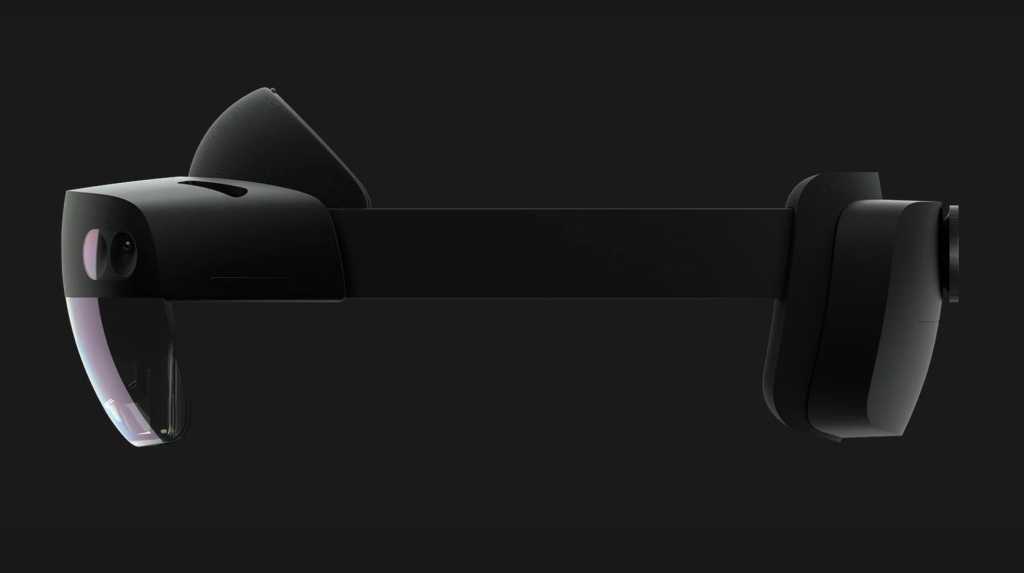 At $3,500 apiece, Microsoft’s HoloLens 2 may not be the transformational consumer device we were all hoping to buy. But the company addressed many of the shortcomings of the original HoloLens at the Mobile World Congress launch of the second generation, holding out hope that we may one day see a more consumer-oriented product.

As Microsoft has signaled for several years now, HoloLens 2 is designed to work with its Azure cloud and business customers, complete with an intriguing new Remote Rendering technology that implies Microsoft’s using the power of its Azure cloud to boost the HoloLens headset’s image processing capabilities. Epic chief Tim Sweeney appeared on stage to endorse HoloLens and bring the Unreal engine to HoloLens beginning in May. He did not announce a HoloLens-specific game, though.

Here are the key improvements for the HoloLens 2 device:

Alex Kipman, a Microsoft technical fellow and the inventor of the original HoloLens, announced Spatial Anchors, a way in which a so-called “Internet of holograms” could be developed to share three-dimensional images with Apple’s ARkit and Google’s ARCore.

Though Microsoft has published few detailed specs of the HoloLens 2, we know some of its key features: It will run on a Qualcomm Snapdragon 850, for example, and Microsoft touts it as being both lighter and more comfortable to wear. (Kipman went so far as to claim “triple the comfort” of the original device.)

Here are the basic specs of the Microsoft HoloLens 2:

We can guess from the specs that the HoloLens 2 will use USB-C charging capabilities, but Microsoft has said absolutely nothing about the battery life, which was three to four hours in the first-generation HoloLens.

From the moment you turn on the HoloLens 2, two key improvements will manifest. The same iris recognition used in earlier Lumia phones will help log you in. Those same sensors will presumably enable eye tracking, a key difference–no longer will you need to steer a cursor tediously with small movements of your head. Looking at an element will apparently highlight it.

The key shortcoming of the original HoloLens was its field of view—its ability to project holograms across your field of vision. The first-generation device projected holograms with a 34-degree field of view, according to Kipman; the new HoloLens headset has a 52-degree diagonal field of view. “More than 2X is area and most of the growth is vertical,” he tweeted, adding that the aspect ratio is no longer 16:9.

Kipman said the FOV maintains the same 47 pixels-per-degree resolution as the first-generation device, however, which will simply widen the “display” without lowering the resolution. That’s not necessarily a benefit. Mixed-reality holograms on the first-generation HoloLens always looked somewhat blocky, even up close. It sounds like the HoloLens 2 won’t significantly improve them.

A future service from Microsoft may solve that problem, though. Kipman announced an Azure-powered service called Remote Rendering, which will serve as a sort of external GPU of sorts for the HoloLens 2. According to Kipman’s presentation, Remote Rendering will be able to process holograms of up to 100 million polygons, as opposed to just 100,000 polygons by the native hardware. “This service will enable developers to stream high-polygon content with no decimation directly to HoloLens,” Kipman said.

Microsoft didn’t say exactly how that remotely rendered content will be transferred to the HoloLens 2, however. Some competing virtual-reality devices have used a high-speed WiGig radio to transfer content, but Microsoft’s HoloLens 2 spec list includes a pretty generic 2×2 802.11ac wireless radio.

Microsoft didn’t say anything about the weight of the device either, but the HoloLens 2 appears to be thinner and probably lighter as well. As before, a thin band connects the front and rear of the device, with a ratcheted dial to adjust the band. A headstrap ships to put some of the weight on the crown of your head.

HoloLens 2 also includes an improved method of interacting with the world, via your hands. The first-generation HoloLens used environment-scanning, front-facing cameras to track your fingers as you made “air clicking” gestures with your index finger. With the HoloLens 2, all ten fingers are tracked, letting a presenter play a virtual piano.

Unfortunately, however, it appears that you’ll still need to have those fingers within the field of view for the HoloLens 2 to sense them. Microsoft didn’t say whether it would provide the same Bluetooth clicker peripheral it did with the first-gen HoloLens–a device that let  you interact with holograms with your hands out of sight of the cameras.

Speech recognition is still available, too. While the first-generation HoloLens used voice controls as a supplement to air clicking, it appears that dictation will be fully supported as a way of interacting with HoloLens 2 content. We didn’t see Microsoft’s Cortana digital assistant within the HoloLens 2, but we can assume she’s there.

Finally, there appear to have been slight improvements in the way users interact with the Windows holographic UI. Microsoft employees shows off ways in which holograms could follow the user, rather than remain in a fixed location. Buttons also appear to be a new, integrated UI element, though first-generation games like Young Conker used buttons, too. The font and layout look different than they do on the current Windows Holographic OS used within the first-gen HoloLens, but it’s not clear whether this uses a future iteration of the Windows operating system.

HoloLens 2: The apps and software

Unfortunately, Microsoft’s Kipman and other executives made it fairly clear that the HoloLens 2 was designed exclusively for businesses. The only thing demonstrated that looked remotely consumerish came from Epic Games chief Tim Sweeney. Sweeney appeared on stage to announce the porting of Unreal Engine 4 to the HoloLens platform. That doesn’t mean Epic is announcing a new HoloLens game, unfortunately, and Sweeney wouldn’t discuss any upcoming augmented-reality strategy.

Otherwise, Microsoft chose to show off solutions that could be used by healthcare, manufacturing, and mechanics. Apps like Microsoft Dynamics 365 Guldes is a rather bland name for the ability to receive remote assistance from a skilled worker, via HoloLens and Skype. App developer Spatial showed off its collaborative computing solution. Something a bit new: Executives from Mattel showed off what appeared to be a 3D version of Sticky Notes that could be applied to a hologram as a suggestion for future improvement.

It’s become a cliche to refer to the HoloLens as a product that’s not for you—a shame, of course, since augmented reality isn’t necessarily confined to the business world. But if Microsoft has a consumer plan in place for the HoloLens 2, we didn’t see it at its MWC launch event.

Correction: An earlier version of this story misstated the field of view of the first HoloLens as well as the HoloLens 2. The corrected information is based on a tweet by Alex Kipman after this story was originally published.