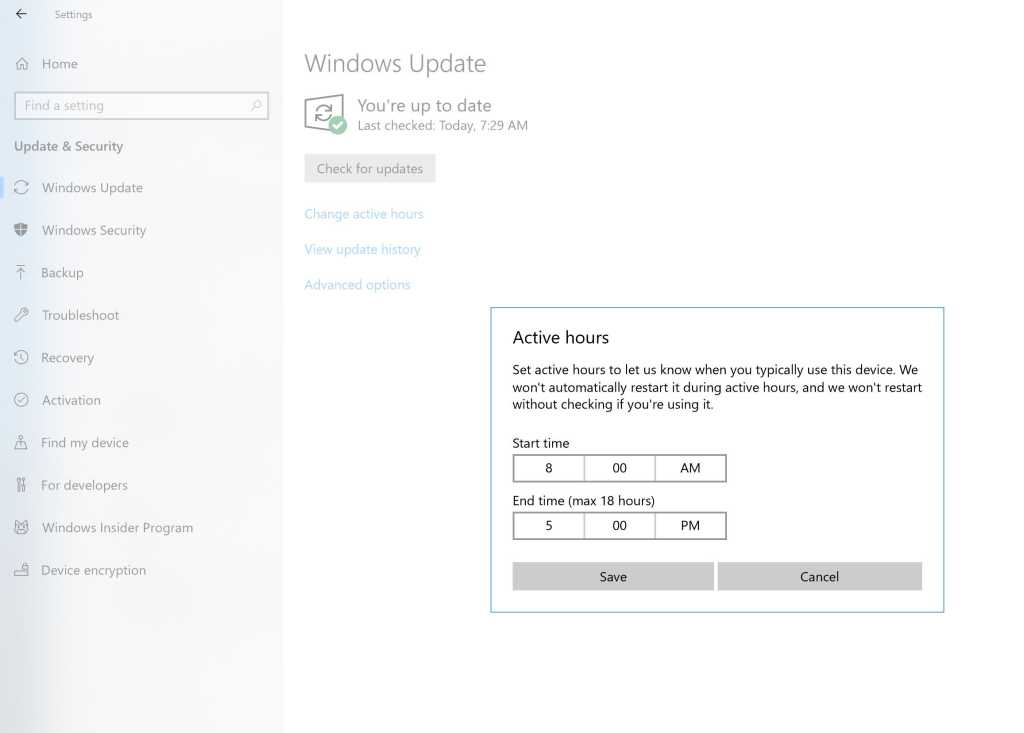 If you think Windows should never, ever update while you’re using it, a new survey by the University College, London agrees with you.

In a survey of 93 participants, the study found that Windows 10 Home’s WIndows Update patching experience proved frustrating, in part because users simply weren’t familiar with the tools that Microsoft provided for automatically updating their PCs. Windows itself also provided limited information to assist users in making decisions on when to allow patches, and its built-in tools were inadequate, the researchers said.

The paper, though, acknowledges the fundamental tension at the heart of providing updates. Microsoft’s approach of choosing unilaterally when to fix bugs, patch vulnerabilities, and provide new features means users lose a little control of their PCs.

“Crucially, the system operates independently of the user’s working context,” the paper said. “The outcome is a maximally secure system, but one that impedes the primary task. We suggest that the update model in Windows 10 Home Edition sits towards this end of the spectrum.”

What Windows 10 Home needs to change

Though some of the process takes place behind the scenes, the authors constructed this awe-inspiring flowchart of the Windows 10 Home update process:

The paper’s conclusions are fairly straightforward: Users need more information about updates and more control over when they happen, and Microsoft should simply never reboot the PC to install an update when the system’s in active use. While the users polled by the study ultimately concluded that the updates have value, the study’s authors concluded that Windows did not explicitly notify users of what update it was applying (a security patch versus a feature update) and about how much time that update would take.

Some of the shortcomings being pointed out by the study are being independently addressed by Windows. For example, the Windows 10 beta builds leading up to the April 2019 Update (19H1) have already put an icon in the taskbar explicitly signaling that an update is needed.

The surveyed users still demand improvement. For instance, only 28 percent of those surveyed were even aware of the Active Hours feature, which allows you to set a time during which you don’t want patches. (For more on how to solve this problem, see our story on how to manage Windows 10 updates.)

What this means to you: Every year, around the time Microsoft begins pushing feature updates, a new round of videos surfaces where users are caught short by an unexpected update that interrupts their workflow. Until Microsoft can solve its patching issue, another round of videos complaining about unexpected Windows 10 updates will undoubtedly occur.