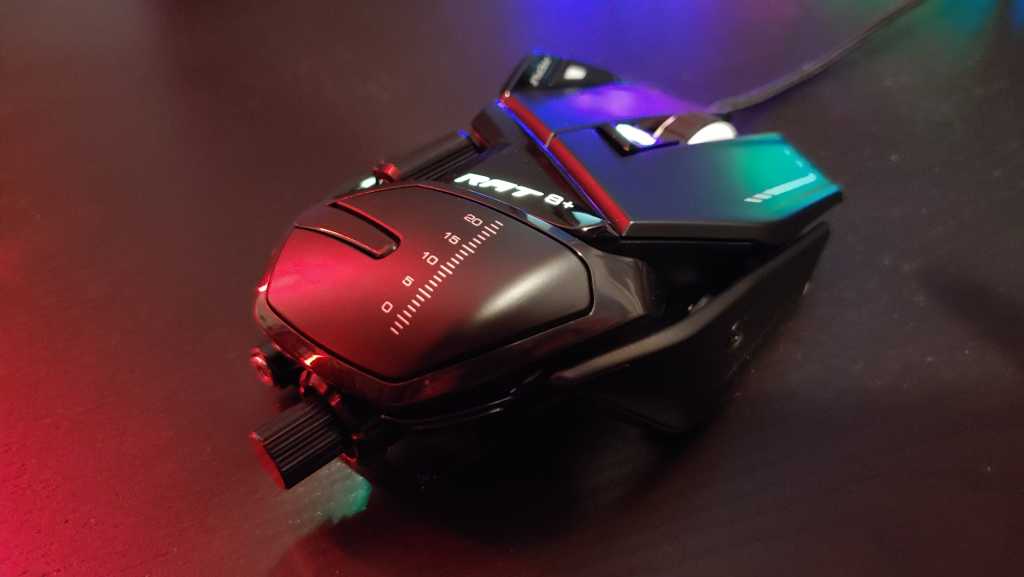 Mad Catz and its famed R.A.T. mouse are back from the dead, and that’s great news for anyone who likes to tweak every aspect of their gear.

The RAT is back, and no I don’t mean your trash-uncle’s favorite glam metal band. Two years ago venerable peripherals maker Mad Catz filed for bankruptcy and then subsequently died, taking its designs to the grave with it. But not permanently, as it turns out! Mad Catz reemerged at CES 2018, or at least there’s a new company wearing the skin of the old, a la corporate Hannibal Lecter.

And in addition to reviving the brand, nu-Mad Catz has revived the well-known RAT line of mice. So what’s the verdict? Is the new Mad Catz worthy of the name? We went hands-on with the resurrected RAT 8 to find out.

I still remember the first time I used a RAT. How could I not? Even now, almost a decade after its release, it’s the most aggressive mouse design I’ve ever seen. Stripped of the plastic chassis that gives your average mouse a user-friendly face, the RAT looks more like military hardware, all metal knobs and scientific looking numbers and naked screws.

It’s a polarizing design, but I admit I’m fond of it. That’s an outlier for me! I’m typically not a fan of the edgy “gamer” aesthetic. And yet the RAT goes to such an extreme, I find myself drawn to it. It’s ugly and unrefined, but in a way that feels purposeful and raw and intriguing. If Razer’s DeathAdder is the epitome of the modern gaming mouse, a design copied and copied and copied until it’s become characteristic of the entire genre, the RAT is the exact opposite. There’s nothing else like it. Even the imitators don’t go quite as far as Mad Catz, don’t strip away so much of the mouse’s traditional identity. 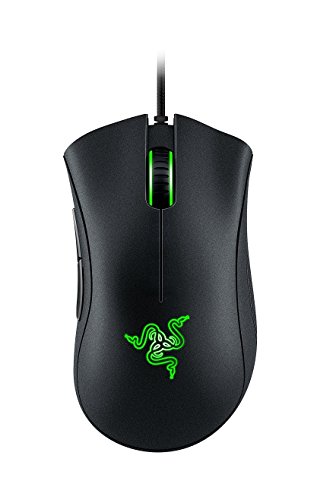 Of course, it’s more than just aesthetic. The RAT’s industrial look is designed to be incredibly modular, a series of knobs and levers that—at least in theory—results in the “perfect” mouse. Weight, feel, it’s all adjustable.

It might require some study though. Trying to learn the ins and outs of the RAT is, quite frankly, a pain in the ass. “Ah, I’ve unscrewed something,” you think, and then…wait, what happened? Was that piece supposed to come off? Oh no, what do I do? Keep the manual nearby, in other words. You’re probably going to need it.

The RAT 8 is full of tweaks though, big and small. A discreet lever on the right-hand side allows you to slide the palm rest forward and backward, changing the overall shape of the RAT from a squat, almost-circular shape to an elongated oval. The former is great for fingertip grippers, the latter is more comfortable for palm grips, with quite a few settings in between as well. You can also swap out the default palm rest entirely, with two alternates: a rubber-coated grip and a smooth plastic finish.

The pinkie rest is also swappable, though the process is a bit more involved. There’s literally a hex wrench hidden inside the RAT, and you need to unscrew the stock side plate and then screw in the new one. Again, you have the option of a rubberized grip or a full plate for your pinky to rest on—though the latter unfortunately caused the RAT to feel unsteady and tilt to the side if I rested my weight on it.

Keep the hex wrench out, because there’s more where that came from. On the left side, another spring-loaded screw lets you scoot the thumb rest backward or forward to taste. And then, in the spot you originally removed the hex wrench from, you can add or remove (some) weight to the RAT’s chassis. It arrives fully loaded with a trio of six-gram weights, for a hefty total of 145 grams or a slightly-less-but-still-pretty-damn-hefty 127 grams unloaded.

It’s an overwhelming amount of options, out of the box. But it really does let you dial in most everything to personal preference—as long as your personal preference is a mouse that would look at home in a Michael Bay Transformers film. I can’t say it speaks to my tastes, but it’s surprisingly comfortable once configured, and feels durable as well.

Also worth mentioning, the RAT 8 is packed with buttons. There are the standard Left, Right, and Middle buttons, plus an additional button to the side of Left Mouse, a DPI rocker behind the mouse wheel, a second wheel (scrolling sideways) next to the thumb, two more traditional thumb buttons, and a sniper button towards the front. There’s so much happening, it’s hard to even capture it in words. Suffice it to say, you’re not short of options there either.

And in the two years since Mad Catz died and came back, the RAT 8’s gotten a hardware upgrade as well. It’s on par with the rest of the competition, packing a Pixart PMW3389 optical sensor—the same 3360 variant Razer uses on the DeathAdder, Mamba, and so on. That means pinpoint accuracy, with up to 16,000 DPI.

Overall, it’s a great return to market for Mad Catz, or at least the Mad Catz brand. The mouse isn’t without faults. It’s still a RAT, and bound to be as divisive as ever when it comes to appearance. Dust is a constant struggle as well, since it gets down into every nook and cranny on the mouse. But if you’re the type of person who loves to tinker and make a product your own, the RAT is about as modular a mouse you’ll ever find, with a top-tier sensor underpinning what feels like a durable chassis.

My only reservation: Mad Catz of old was known for a high rate of device failure. Since those are issues that typically crop up a year or two down the line, it falls outside the scope of this review. We’ll keep an eye out, but only time can tell whether new Mad Catz is more reliable than the old. Fingers crossed.