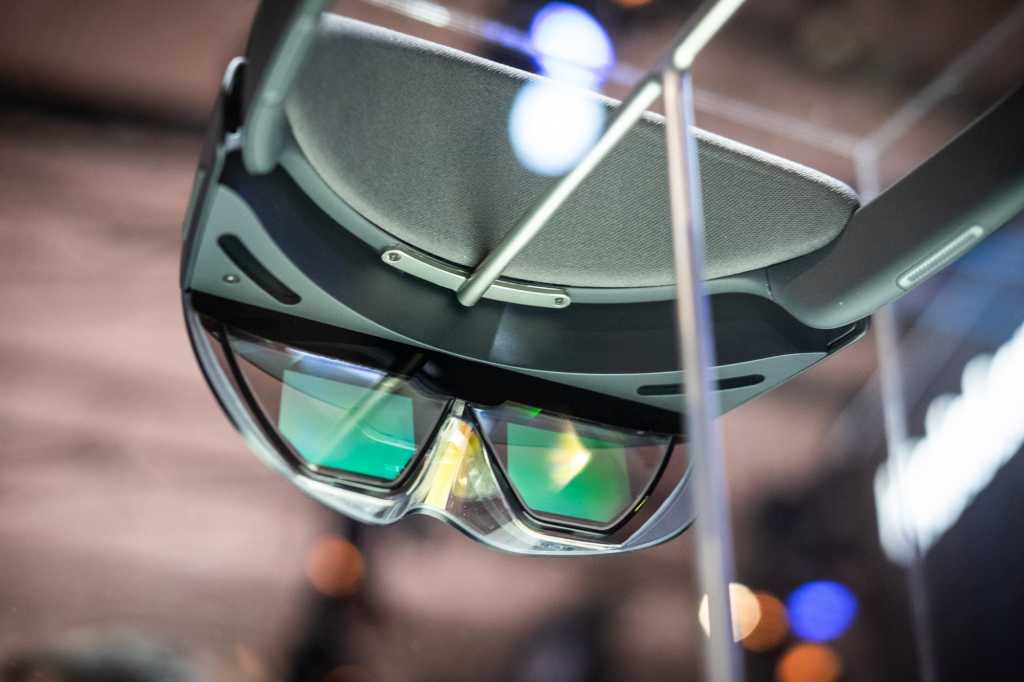 Microsoft’s HoloLens 2 is a technically amazing device. In a matter of minutes, the device was comfortably strapped to my head, my eyes were scanned, and a small hummingbird was fluttering in front of my face and “landing” on my outstretched hand.

Then I looked to the right, and the hummingbird disappeared. Microsoft made a big deal of HoloLens’s two-fold increase in field of vision (FOV) over the original version’s, but it’s still small enough where I was very aware of the edges of the frame. It might look and feel like a VR headset, but it doesn’t behave like one at all. It’s not really anything like the augmented reality (AR) apps on your phone, either. But it’s definitely a bridge to something better in the not-so-distant future.

That potential is what made my time with HoloLens so frustrating. While I can recognize that HoloLens 2 is obviously more technologically advanced than the Ikea Place AR shopping app on my phone, it doesn’t necessarily deliver a better experience than dropping virtual chairs in my living room.

With a Galaxy S9 and a Gear VR, or Google’s cartoon fox-driven walking directions in Maps, the experience is simple but delightful. That’s not the case with HoloLens 2’s complex algorithms and high-minded spatial awareness.

The ghostly holograms generated by HoloLens floated in the space in front of my eyes, rather than hanging on the walls or resting on the ground. They could do those things—the construction project I viewed rested on a circular table built specifically for the demo—but Microsoft has purposefully engineered HoloLens to be more practical than magical. The menus and buttons dutifully responded to my touches, but they didn’t really look like they were in the room. Even the hummingbird wasn’t all that convincing.

Bottom line: HoloLens 2 felt more like the bleak future of a Blade Runner movie than the whimsical hoverboarding of Back to the Future Part II, and it didn’t compare at all to the surprise and delight I felt when I first tried full VR.

I understand that I’m not the target audience for the $3,500 HoloLens 2 headset. Microsoft actually bumped me twice on the demo line to prioritize suit-clad important people. And instead of shooting aliens, I was exploring a construction site, examining issues with the build, and tracking the project through each stage of development. Along the way, I interacted with sliders, pushed buttons, and resized virtual objects just by moving my hands.

When it worked, it was cool, but stretching my arms out to touch things only I could see was a little strange. There’s no tactile response, and objects didn’t always respond to my touch. Several actions required repeated attempts at grabbing or pressing a thing that couldn’t actually be grabbed or pressed.

My session was with another journalist, and while we were supposed to be working together, the collaborative spirit that was shown onstage during the keynote wasn’t there. Unless he literally walked into my field of view I had no idea he was in the room, as the screen gave no indication that someone else was in the virtual space. At one point we were encouraged to control the same slider on different sides of the room. When the slider didn’t move, I couldn’t tell whether my partner was fighting against me, or HoloLens just wasn’t recognizing my movements.

Leave the fun at the door

Microsoft clearly has designs to bring the HoloLens concept to the masses. Not only did Technical Fellow Alex Kipman decide to unveil it at the largest mobile electronics show of the year, he also invited Epic Games CEO Tim Sweeney to the stage to announce that support for the Unreal Engine 4 that powers Fortnite is coming to the HoloLens platform.

So there’s a dream that HoloLens 3 or 4 may be a device affordable and accessible enough to sell to consumers. But at as it stands, the HoloLens platform has some work to do if it ever wants to be an Xbox companion. Even the simplest phone-based VR and AR applications offer immersive, 360-degree environments that transport you to new worlds and entice you to stay. The HoloLens 2’s more limited scope takes a lot of the fun out of it.