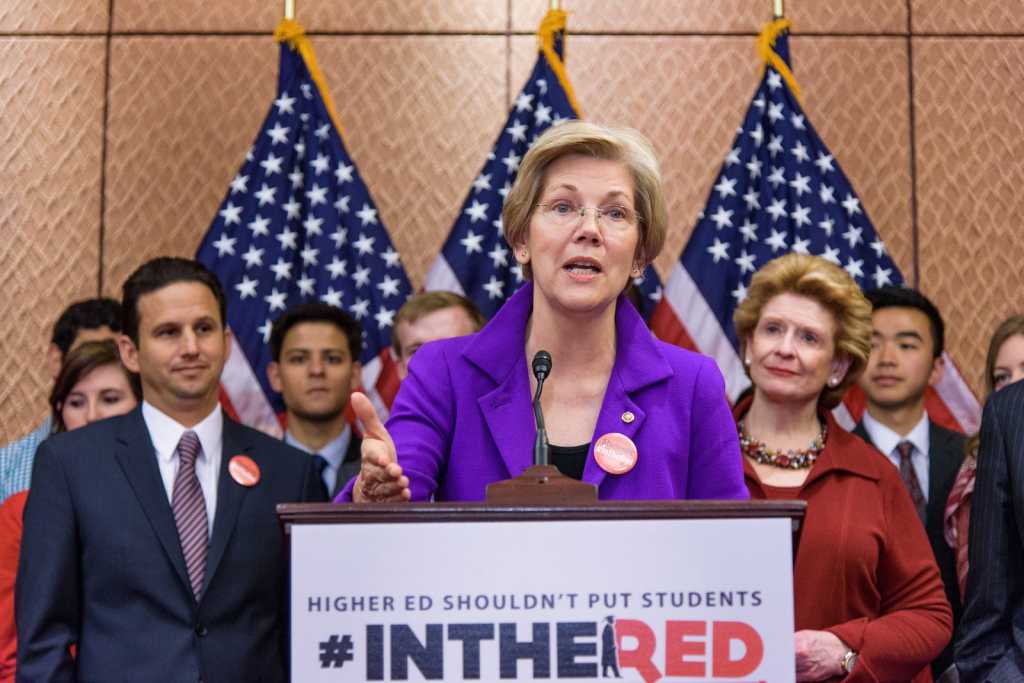 On Friday, Senator Elizabeth Warren tried to separate herself from a crowded field of Democratic challengers for the U.S. presidency with a big proposal: break up Amazon, Google, and Facebook, and unwind their recent acquisitions of smaller companies.

Specifically, Warren suggested that these and other tech giants be considered “platform utilities,” and broken apart from any participant on the platform, she wrote on a Medium post. Second, Warren said that, if elected, she would appoint regulators “committed to reversing illegal and anti-competitive tech mergers.”

A company would be defined as a “platform utility” if it earned annual global revenue of $25 billion or more, Warren wrote, and would be required to meet a standard of fair dealing with consumers and not share data with third parties. An additional restriction seems designed to thwart monopolies: “These companies would be prohibited from owning both the platform utility and any participants on that platform,” she wrote.

Warren suggested that the government unwind what she called “anti-competitive mergers,” and named several: Amazon’s acquisitions of Whole Foods and Zappos, Facebook’s purchase of WhatsApp and Instagram, and Google’s acquisitions of Waze, Nest, and DoubleClick.

“Unwinding these mergers will promote healthy competition in the market — which will put pressure on big tech companies to be more responsive to user concerns, including about privacy,” Warren wrote.

“The steps I’m proposing today will allow existing big tech companies to keep offering customer-friendly services, while promoting competition, stimulating innovation in the tech sector, and ensuring that America continues to lead the world in producing cutting-edge tech companies,” Warren wrote. “It’s how we protect the future of the Internet.”

What this means for you: Warren, the senior senator from Massachusetts, is one of about a dozen Democratic Party candidates (so far) vying to unseat Donald Trump for the U.S. presidency. This proposal may be seen as a talking point designed to elevate Warren in the national discussion, 18 months or so before the 2020 Presidential election. It also brings up an interesting fundraising question: Will deep-pocketed tech employees give money to essentially undermine their own industry? Or will they see it as seeding new competition, and new opportunities?