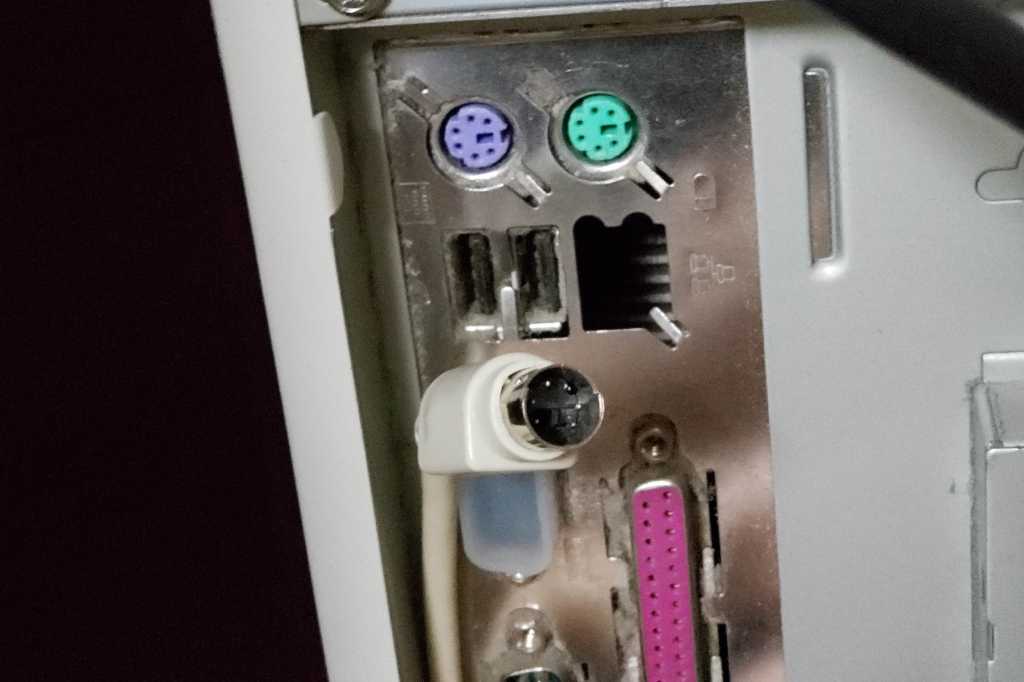 The tech-obsessed Internet had a big laugh at the expense of the USB Implementers Forum in March, when the organization announced a new USB-C naming scheme that made the format more confusing than it already was.

Sure, yuck it up, folks. But you know what’s even more annoying than a bunch of connection formats that are all named “USB 3.2?” A bunch of terribly designed cables that all serve a different purpose, each with their own ways of annoying you on a regular basis. USB-C certainly has its problems, but the old ways of connecting our PCs, phones, peripherals, speakers, and hard drives were much worse.

The struggle is real: We all have legacy devices we still want to keep around—that’s why we tested some of the best USB-C hubs available. But there are some cables we’ll never miss. This is our list of the most annoying of all time. 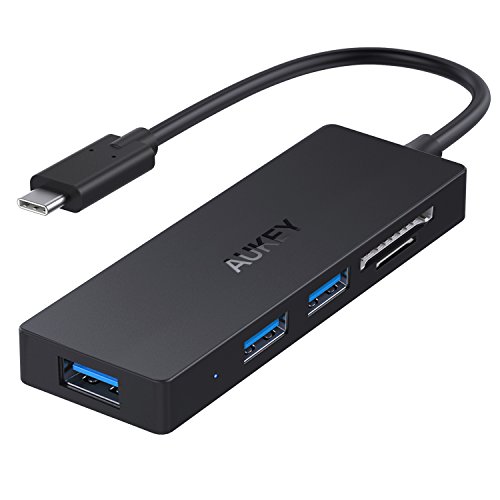 What it did: Connected mice and keyboards to desktop PCs before the advent of USB. (Pictured above.)

Annoying characteristics: PS/2’s circular arrangement of thin pins were always at risk of bending out of shape if you didn’t insert them at just the right angle. The connector’s flat end was supposed to point you in the right direction, but only if you remembered if it was supposed to face up or down. Inevitably, you’d have to peer behind your desktop tower, flashlight in hand, just to be sure.

What it does: Charges phones and connects certain peripherals, such as game controllers and keyboards, to PCs and other devices.

Annoying characteristics: Micro-USB is a handy cable to have, but its small size and non-reversible design is a frequent source of frustration, especially in situations where you can’t eyeball the port. (I have a mechanical keyboard that uses Micro-USB, and for whatever reason it seems to hate being plugged in.) The connection itself can also get loose over time, rendering your cable (or, even worse, your device) incapable of  charging.

What it does: Primarily connects external hard drives to PCs at faster speeds than USB 2.0, and provides faster charge times for mobile devices. 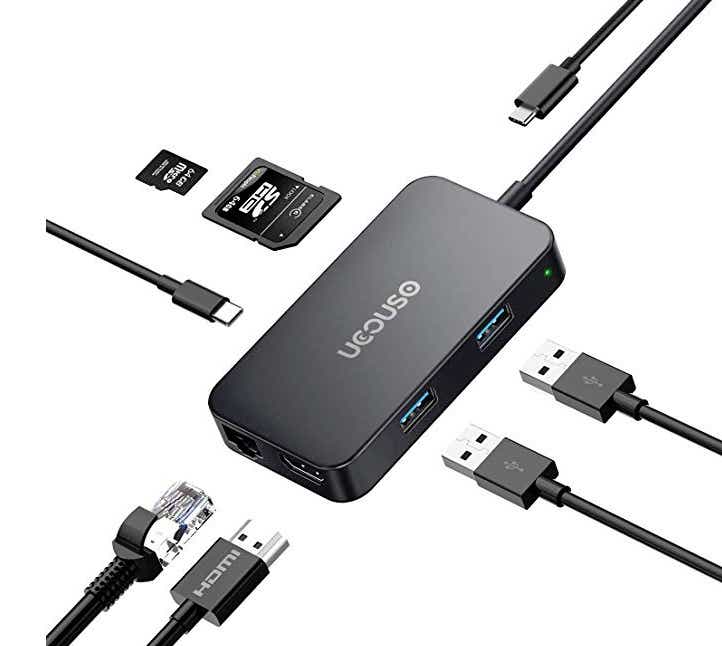 Annoying characteristics: Micro-USB 3.0 had its heart in the right place, extending the benefits of “SuperSpeed” USB to portable hard drives and mobile devices. However, most phone makers never bothered to make room for the cable’s sidecar connection. (The one notable exception was Samsung, which briefly dabbled in Micro-USB 3.0 on the Galaxy Note 3 and S5 before reverting back to 2.0.) While the port itself is backward-compatible with Micro-USB 2.0 cables, you’ll probably feel at least a little self-conscious about leaving the faster cable behind.

What it does: Connects over-the-air antennas to televisions (or PC TV tuners), and connects cable hookups to modems and set-top boxes.

Annoying characteristics: As a rule of thumb, any cable that has to be screwed in is obnoxious. But unlike, say, a VGA cable, which at least stays in place before you start twisting screws, coax cables are a two-hand job, requiring you to hold the cable in place while twisting the outer segment. Factor in the extreme rigidity of most coax cables and an alarmingly bendable connector pin, and you have a perfect storm of nuisances.

What it does: Connects mice, keyboards, storage drives, controllers, and other peripherals to PCs, game consoles, streaming boxes, and more.

Annoying characteristic: Its usefulness and ubiquity are not in dispute. But: You’re never going to insert it the right way on the first try. You might not even get it right on the second try.

What it does: Outputs video from portable devices—cameras, especially—to televisions or monitors.

Annoying characteristic: There’s nothing especially troublesome about the design of Mini-HDMI, but the vast majority of portable devices don’t use it, which means it’s all the more annoying when you come across a device that does. Case in point: I once bought a Mini-HDMI cable for my Nvidia Shield Portable gaming system, used it to connect with my TV once or twice, then never used it again. (Micro-HDMI isn’t much better for the same reason, but at least it’s smaller.)

What it does: Charges certain peripherals, such as cameras and media players, and connects them to PCs.

Annoying characteristic: Fun fact: The only reason Roku’s Streaming Stick+ uses Mini-USB for power is because its Wi-Fi antennas are built into the power cord, and Roku figured fewer people would try to connect their own cables if it avoided the more common Micro-USB. Aside from that unusual circumstance, there’s no reason to keep shipping devices with Mini-USB today. Yet somehow I continue to amass game controllers, keyboards, and other random gadgets (hello, LeapReader) that haven’t upgraded from the format. In other words, Mini-USB is annoying simply because it refuses to go away.

What it did: Charged iPods, iPhones, and iPads, and connected Apple devices to various accessories.

Annoying characteristics: Although Apple’s 30-pin cable packed a lot of capabilities, it was also kind of a pain to use, with a non-reversible design and a latching mechanism that made you squeeze both ends of the cable while removing it. Thankfully, Apple wised up and abandoned the latch system in later versions of the 30-pin cable—just before replacing the entire format with Lightning.

What it does: Connects PCs to external monitors.

Annoying characteristics: There’s no cable less satisfying than one you have to squeeze to unplug. (See: Apple’s old 30-pin connector.) Yet DisplayPort takes that feeling and makes it worse, emitting no discernible click when you plug the cable in, and offering no clear indication that you’ve squeezed hard enough to remove it safely. The result is an awkward combination of pressing and pulling, along with an ever-present fear that you’re about to break something. Somehow even VGA and DVI feel less annoying.

What it does: Connects unpowered speakers to PC subwoofers or A/V systems.

Annoying characteristics: Bare speaker wire is the anti-cable, eschewing your puny plugs and ports and instead requiring you to strip away some insulation and handle exposed wiring with your callused fingers. Once doesn’t simply connect bare speaker wire. Instead, you merely suggest that a connection be formed between the wire and terminal—maybe with some pinchers or screws if you’re lucky—and pray that everything works when you power the system on.

Compared to all these old cables and connections, having a single, reversible cable that handles charging, data transfer, input devices, and audiovisual output doesn’t seem so bad. That might explain why even Apple has started to embrace USB-C as the ultimate connector, including it on its latest iPad Pros at the expense of its proprietary Lightning connector. The faster we’re done with needing a rat’s nest of cables to connect our devices, the better.