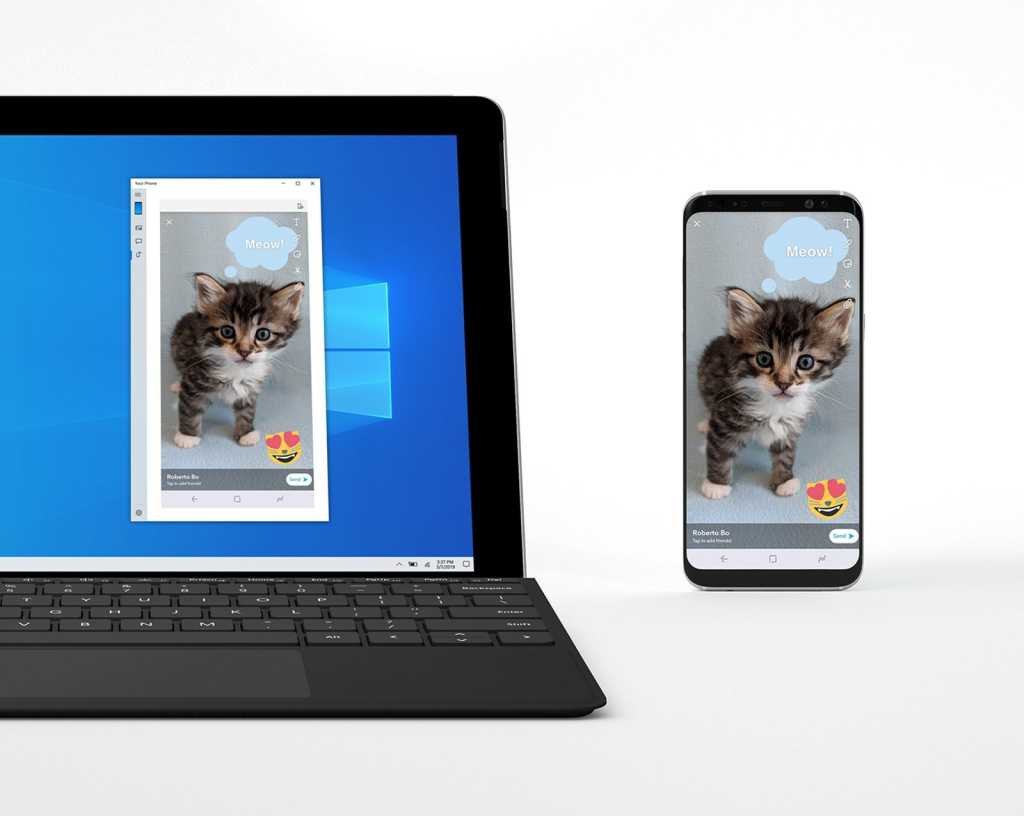 Microsoft’s latest Windows 10 build allows some users, using some PCs, to drive some phones directly from their PC—without removing them from their pocket.

Windows 10 Insider build 18356 supports screen mirroring within the Windows Your Phone app, which allows it to mirror and control what’s being displayed on your Android’s phone screen. That theoretically allows your PC to launch apps remotely, use messaging apps like WhatsApp, or perform other functions, all with your phone in your pocket.

Way back in October, Microsoft launched the Surface Pro 6 tablet, along with the Surface Hub 2 and other devices. It was then that Microsoft began showing off Your Phone’s screen mirroring in a demo environment. Your Phone can already transfer photos back and forth between PCs and remotely respond to texts. (Here’s a guide to using Your Phone.)

However, there are a number of caveats. First, of course, your PC must be running the latest Insider builds (not 18356, but 18335 or higher is recommended), and include  a Bluetooth radio that supports low energy peripheral technology. You’ll need Your Phone version 1.0.20701.0 and above. The phone must be a Samsung Galaxy S8/S8+/S9/S9+ running Android 7.0 or higher. And, of course, the phone must be powered on, connected to the PC via Bluetooth, and on the same wireless network.

In 2016, Microsoft introduced the world to Continuum, the ability to navigate a PC-like environment powered by a Windows phone. Three years later, that same ability (well, kind of, and in reverse) is arriving on Android, too.

What this means to you:  It’s clear that Microsoft’s achieved something here, though there’s a whole list of bugs accompanying the announcement: Touch input doesn’t work, audio will play out of the phone’s speakers, and more. Dell’s Mobile Connect software, once exclusive to Dell PCs and now available to all Windows PCs and Android phones, has already performed screen mirroring for about 15 months. If you aren’t part of the small niche of devices that this is available to, give Dell’s app a try instead.