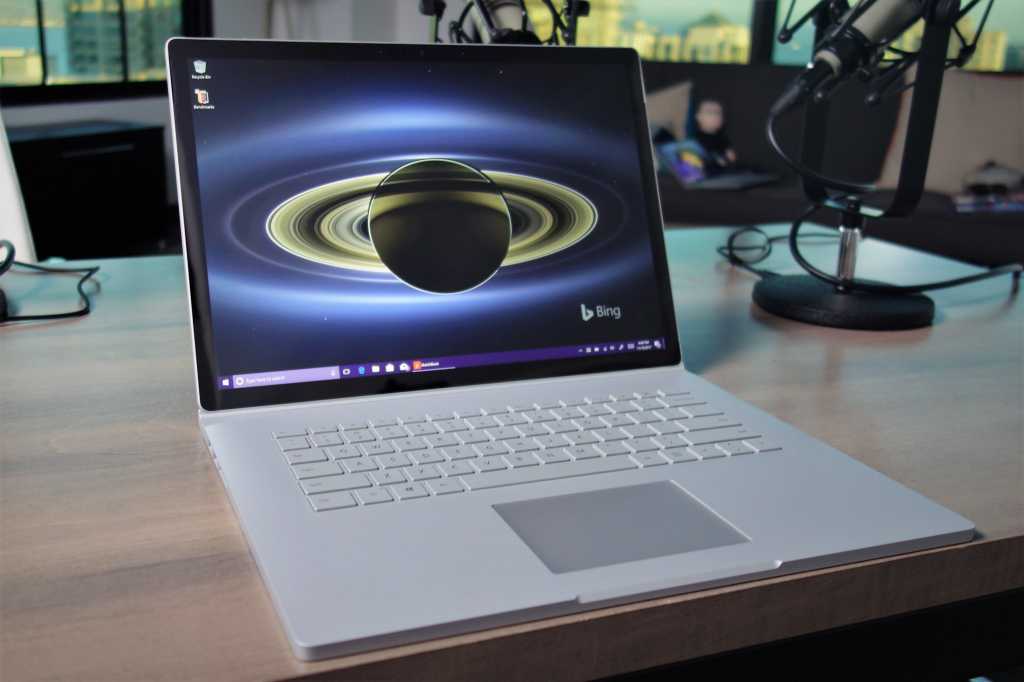 The baseline model of Microsoft’s stunning Surface Book 2 just received a significant bump in power, thanks to Intel. Sunday night, a new version of the Core i5 Surface Book 2 appeared on the Microsoft Store sporting a quad-core Intel Core i5-8350U CPU and a $1,499 price tagRemove non-product link, as first spotted by The Verge.

The Intel Core i5-8350U offers four cores and eight threads of processing power. It should provide a significant step up in multi-threaded performance compared to its predecessor, which packed a 7th-gen Core i5 chip with just two physical cores and four threads. The older model is still being sold at a discounted $1,299 price point with 256GB of storage and 8GB of RAM, or $1,149 with 128GB of storage.

Aside from the small, but significant CPU spec bump, the new 13.5-inch Surface Book 2 sticks to the familiar formula of what we called “the ultimate laptop” in our review. While we (obviously) haven’t tested this refreshed version yet, we praised the original for its all-day battery life, absolutely stellar display, and superb all-around performance. This new $1,499 8th-gen Core i5 modelRemove non-product link should pack an even bigger punch with twice as many CPU cores and threads as before—but ironically, 9th-gen Intel mobile processors are expected to launch any day now.

The story behind the story: This won’t be the only Surface news bubbling up in April. Microsoft is holding a Surface event in New York on April 17 where it’s expected to reveal more details about the gargantuan Surface Hub 2.