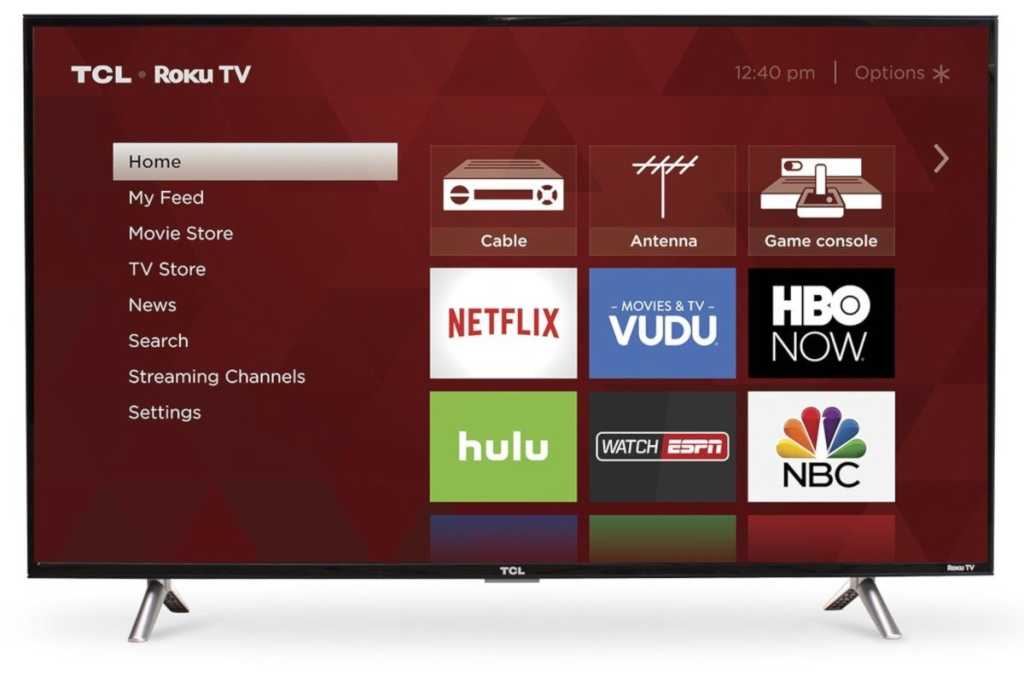 If you’re on the hunt for a new TV, you can get one with some smarts for cheap today. Amazon’s selling a 43-inch Roku Smart TV by TCL for $170 today. This is the all-time low for this set, which has been sitting around $200 lately. The sale ends just before midnight Pacific time on Monday night.

The TCL 43S305 features 1080p resolution on a 43-inch screen, a 120Hz refresh rate, and dual band Wi-Fi for its Internet-enabled extras. For ports, you get three HDMI, 1 USB, optical audio, a headphone jack, and composite video for that Vic 20 lurking in your closet.

The basic hardware is fine, but the big deal with any smart TV is the software running on it. This TV features Roku’s software, including access to more than 4,000 apps, or “streaming channels” as Roku calls them. You can also use a smartphone to function as a remote to automatically call up various streaming channels on your TV. TCL’s television also works with Alexa and Google Assistant, allowing you to control the TV with your voice.

The downside to any Smart TV is that it’s only great as long as the software is being updated. If TCL stops pushing updates to this set, however, you don’t have to dump your TV for something newer. Instead, just pick up an Apple TV, Chromecast, Roku, or any of the other recommendations in our best media streamer roundup to give it new life for much less than a new TV.