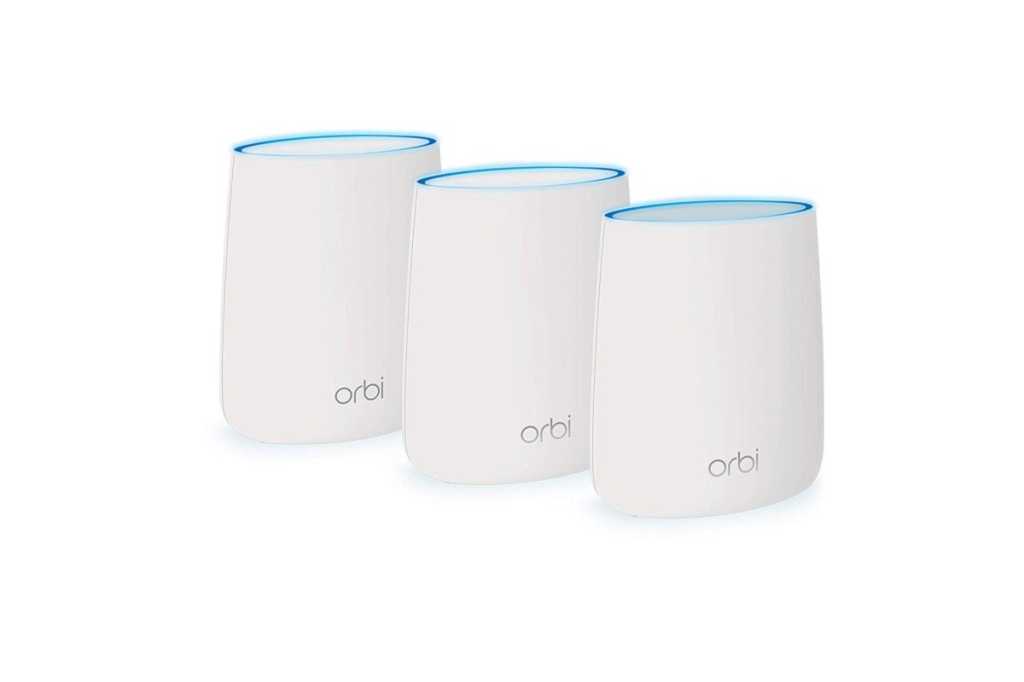 It’s a great day to get a brand new or almost brand new Netgear Orbi mesh Wi-Fi system, depending on how much you want to spend. Amazon is selling the Orbi RBK23 mesh system for $250 after applying a $40 coupon just below the price on the product page. That discount makes this the lowest price the system’s hit in 2019.

The Orbi RBK23 features three mesh units, including a router and two satellite extenders covering up to 6,000 square feet. Each unit also has two ethernet ports if you need a wired connection for more than just a desktop PC.

The second Orbi system on sale today is a refurbished version of the Netgear RBK50-100NAR Orbi mesh Wi-Fi system for $180. Sold as new, it typically sells for $300. This package only has two units–a router and satellite extender–that cover up to 5,000 square feet, but it offers faster throughput speeds than the three-unit version. We reviewed this version of the Orbi system back in January 2017 and really liked it at the time. It offers strong Wi-Fi performance and a dedicated 4×4 radio backhaul, but it does have a larger footprint than many other mesh systems due to the size of the hardware.

It’s not clear when the RBK23 offer will expire, but the refurbished RBK50 is only available today until just before midnight Pacific time.