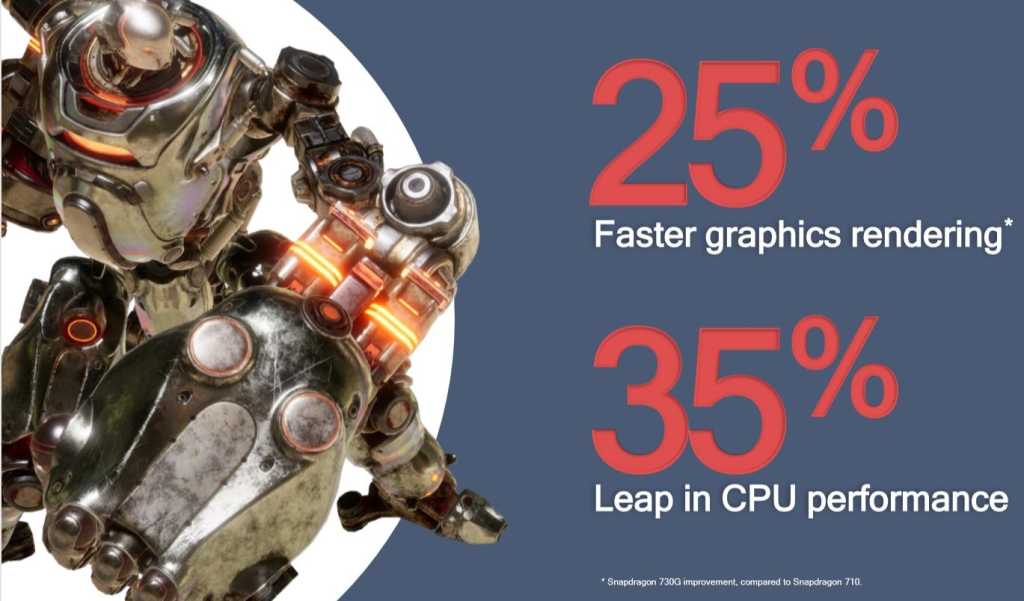 While Qualcomm has integrated several gaming-specific technologies into its Snapdragon mobile processors, on Tuesday the company announced something a little different: a version of its Snapdragon 730 optimized for gaming, dubbed the Snapdragon 730G.

Though mobile gaming may be an idle pastime with American consumers, it’s a way of life overseas. Over 586 million mobile gamers are in China alone—twice the population of the United States, according to Qualcomm’s Hiren Bhinde at Qualcomm’s technology summit last December. It isn’t clear which phones and mobile devices Qualcomm has in mind for the Snapdragon 730G, but recent gaming phones from Asus ROG and Razer indicate that Qualcomm was designing for what they hope will be a trend.

Though most premium smartphones use Qualcomm’s 8-series CPUs like the Snapdragon 855, the new 7-series chips are designed for a slightly cheaper but still premium phone. Both the new Snapdragon 730 and Snapdragon 730G are nearly identical, according to specifications provided to PCWorld. The difference is that the Snapdragon 730G overclocks the integrated Adreno 618 GPU, providing up to 15 percent faster GPU rendering.

Qualcomm organized its Snapdragon 730 and 730G with two “big” performance cores and six “little” energy-saving cores, versus the four-by-four split with the Snapdragon 855. As with other Snapdragon chips, the 730/730G consists of a Kryo CPU and Adreno GPU, a dedicated Spectra image processor for the smartphone’s camera, plus the Hexagon DSP that’s optimized for AI capabilities. Inside there’s the Snapdragon X15 LTE modem, with support for Wi-Fi 6.(Again, the 730 and 730G are essentially identical, save for an overclocked GPU on the 730G.)

Other gaming-specific features include support for the Vulkan 1.1 gaming library, which Qualcomm says can run off 20 percent less power than OpenGL ES. The chip also includes what Qualcomm calls “Jank Reducer,” a motion smoothing technology that helps avoid stutter for games running at 30 frames per second. The Snapdragon 730G also include a Wi-Fi latency manager to help smooth choppy wireless connections, too.

Qualcomm also said it worked with some of the world’s top mobile game makers to optimize the chip for those games, and integrated “anti-cheating extensions” to level the playing field, too.

Qualcomm’s 730 and 730G platform integrates the Spectra 350 DSP, Qualcomm’s first computer-vision image-signal processing chip to appear in a 7-series Snapdragon. The ISP supports up to three cameras for ultra-wide, telephoto and normal lenses, as well as the ability to compute bokeh, even within 4K video. Users will also be able to command the phone using Qualcomm’s 4th-generation AI engine, the Hexagon 688.

Machine learning, in fact, is the focus of Qualcomm’s launch event Tuesday, where the company will debut an accelerator for bringing cloud-powered AI capabilities closer to the edge, called the Cloud AI 700 accelerator.