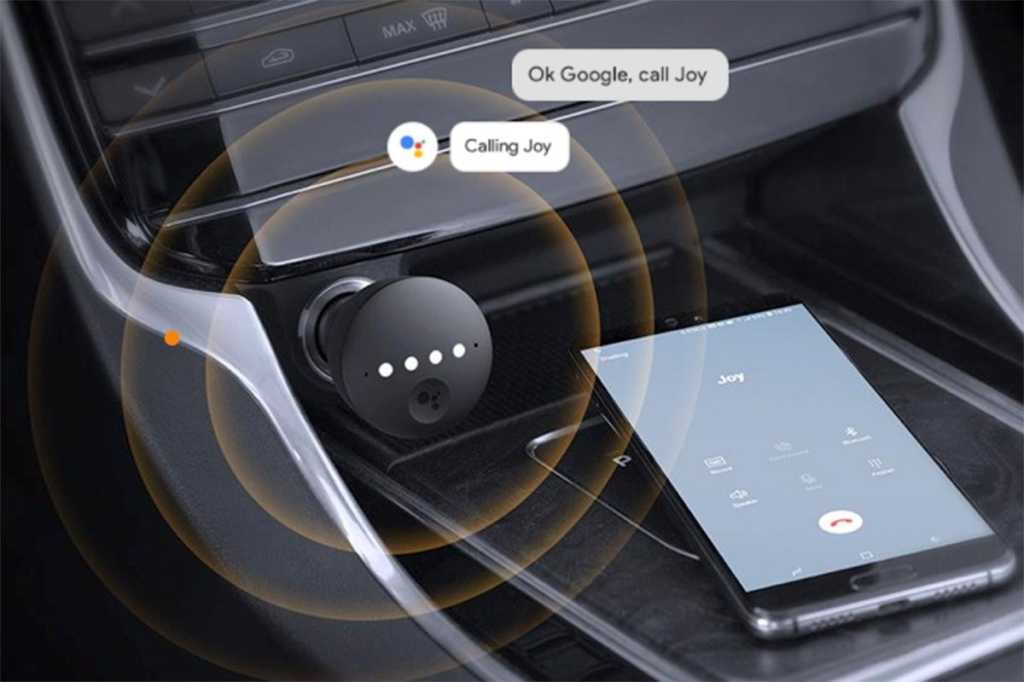 If you want to summon Google Assistant in your car, you basically have two options: Enable “Hey Google” and Smart Lock on your Android phone or launch Android Auto (should you be lucky enough to have a car with it built in). But with the new Roav Bolt, Anker gives us a third option, and even iPhone users can get in on it.

Like the Alexa-powered Roav Viva, the Bolt plugs into your car’s 12V socket and connects via Bluetooth or an auxiliary jack. A pair of USB ports lets you keep your phone charged while driving, and a single button on the front lets you manually summon Google Assistant. Otherwise, the Bolt is all about its noise-canceling microphones, which should provide better voice pick-up than the mic on your phone.

After setting up the Bolt as a device in your phone’s Home app, Assistant will spring into action when you voice an “OK Google” prompt, and you’ll see four tell-tale circles on the front of the Roav, similar to the lights on a Google Home mini. As with Android Auto, you can use Google Assistant in your car to get directions, stream music from services such as Spotify and Pandora, and send messages. And you can also use it for nearly every other Assistant function, including checking the weather, making lists, setting reminders, and finding nearby parking.

While Google has been steadily expanding Assistant’s capabilities to speakers and other smart devices, the Roav Bolt represents a new battlefield in its fight against Amazon’s Alexa assistant. Anker already makes a version of its Roav that brings Alexa to the car, and Amazon has an Echo Auto accessory that’s available by invitation only. But perhaps most importantly, the Roav opens up hands-free, in-car Google Assistant access to iPhone users via the Home app.

The Roav Bolt is avialble for pre-order for $50 with the first 200 orders receiving a free Anker charging cable.